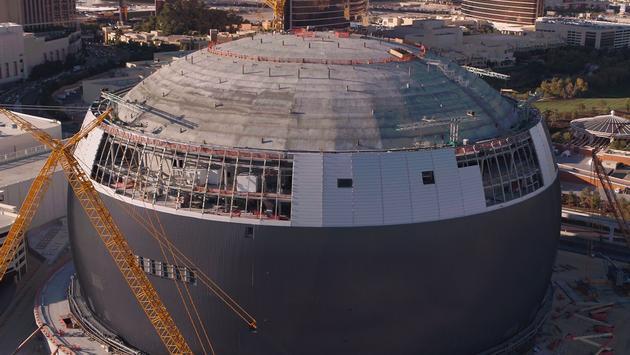 The Las Vegas skyline, and the Strip in particular, is one urban landscape that seems to be forever in a state of flux, as buildings are razed to the ground and replaced with regularity.

Right now, there’s a new-build project underway that has likely caught the attention and sparked the curiosity of area residents and frequent visitors to Sin City. If you’ve been to Las Vegas recently, you’ve probably spotted it and wondered what on Earth it could be.

The massive spherical structure that’s going up just behind The Venetian is actually an unprecedented and incredibly ambitious project that’s already been years in the making. It’s called the MSG Sphere, envisioned and created by the same company that owns “The World’s Most Famous Arena” in New York City—Madison Square Garden (MSG)

Madison Square Garden Entertainment is a world leader in live entertainment whose other brands include New York’s equally famous Radio City Music Hall and the Rockettes, The Beacon Theatre and Tao Group Hospitality.

The orb-like superstructure that’s currently in progress is destined to become a state-of-the-art, ultra-high-tech entertainment venue unlike anything the world has seen so far, as well as the world’s tallest spherical structure at more than 500 feet wide and 300 feet tall.

Crews recently reached a crucial milestone with the completion of primary steelwork on the building, which was no mean feat with 775 tons of steel involved in the construction.

Once complete, the enormous globe’s exterior surface will basically be one massive media screen, so large and bright that it will be visible from space. Through camera magic, the exosphere will even give onlookers the illusion that they can see right through it to the other side.

“It certainly has the potential to be one of the most photographed buildings on the planet,” Lucas Watson, president of MSG Entertainment, told KTLA. “We hope we’ll redefine what it means to do live entertainment.”

The MSG Sphere’s indoor performance arena is designed to host music performances and other live entertainment experiences that fully immerse audiences to a degree that’s never been achieved before.

The structure’s interior will have a 20,000-guest capacity and boast a colossal 160,000-square-foot LED display screen that starts from behind the guest seating area and wraps around the stage proscenium, completely engulfing the audience in the media experience.

The interior and exterior canvases are so unprecedented that MSG actually had to build its own studio in Burbank, California and recruit artists, engineers and production designers to create new forms of content that are compatible with the MSG Sphere’s visual displays.

“It’s meant to be an entirely new toolbox and palette for the world’s best creators,” said Watson. 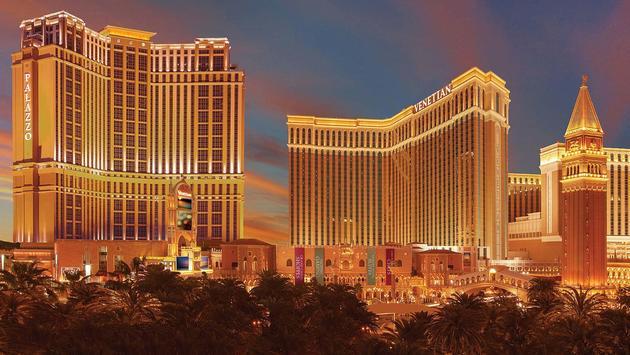 The Venetian and Palazzo in Las Vegas, Nevada. (photo courtesy of The Venetian)

The auditorium seats will incorporate haptic technology, and the venue will be able to influence other senses through wind, temperature and scent manipulation—4D techniques akin to the ones used in the Soarin’ flight simulator attraction at Disney California Adventure Park, but with more advanced technology.

“We certainly think that this technology is a whole generation ahead of other venues and experiences that you can see today,” remarked Watson.

In terms of audio features, the MSG Sphere will boast 164,000 speakers that operate using beamforming technology, which essentially uses wireless signals to direct sound straight to each individual seat. The company told KTLA that this tech makes it sound like you have your own personal studio at every seat in the house.

The MSG Sphere at The Venetian is slated to make its debut during the second half of 2023, reportedly representing a total investment of almost $2 billion.