On December 26 and 27, a truly historic event took place at the World Trade Center – the premiere of the first tourist theater, which brought together more than 600 representatives of the tourism industry both on stage and in the auditorium. Under the direction of professional corporate director Valentina Khomenko, Pedro Calderon's classic play The Invisible Lady was staged. 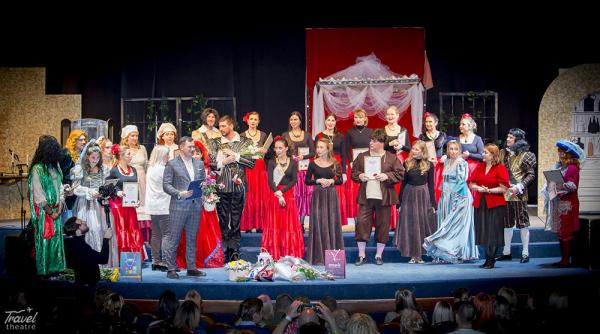 Half a year of rehearsals, acting and choreography training, costume and stage design – all for the sake of these two hours on stage.

“Of course, the emotions for our fellow artists were very high, because rehearsals and a dress run are one thing, and the first stage appearance in a full house is a completely different experience, but after the first stage it became absolutely clear that this was a success” – the producer of the theater project Kirill Volkov shared his impressions. 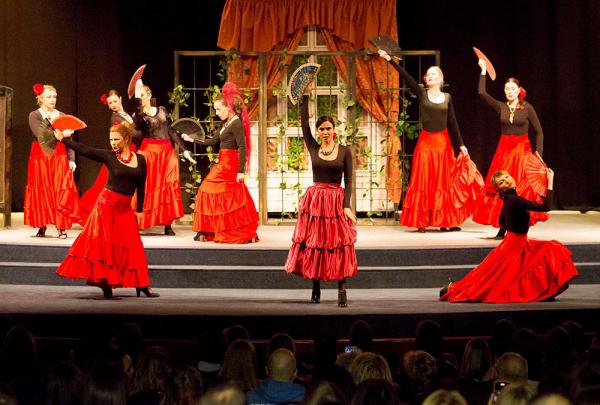 “Behind every dream that comes true is, as a rule, a happy opportunity and hard work. In our tourist theater, we give that very opportunity for those who are ready to put in the effort and time to make their dream – to become an actor – come true. I am sincerely proud of the high professional level of our non-professional actors. This is a unique experience that will forever remain with those who went through our theater school and found new friends and precious memories for life in it,” says Irina Vasilyeva, art director of the project. 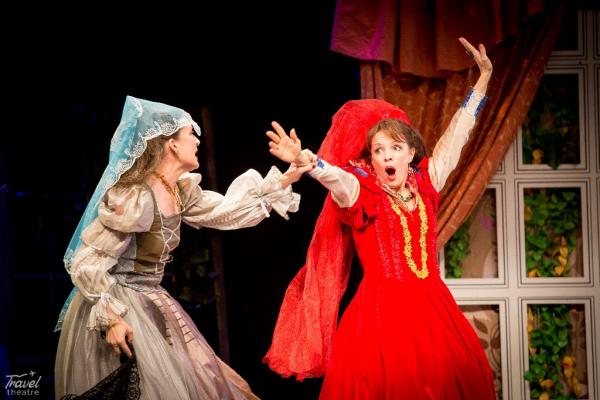 “I was struck by how deeply our colleagues, not being professional actors, are able to immerse themselves in theatrical action! When I realize the enormous work that was done by everyone to organize this holiday for us! All the best, and the organizers and actors and all participants of the project!”

The organization of two days of production with two casts in the first year of the theatrical project was a real challenge for both the actors with the director and the organizers. Despite the fact that there were only representatives of the tourism industry among the audience, nevertheless, a full house was ensured on both days of the premiere. 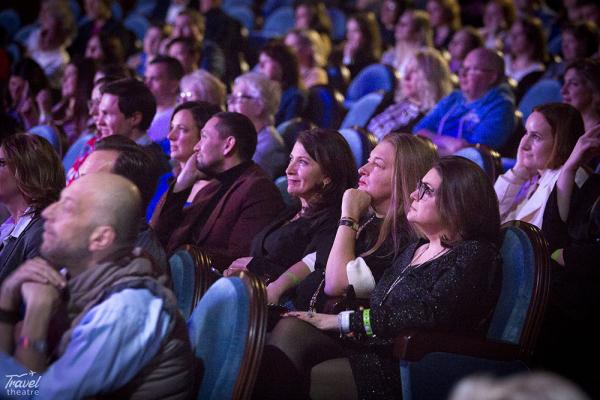 “The actors are great fellows that they were able to fully reveal themselves not only to the public, but to their colleagues – this is a much greater responsibility and they coped with it just superbly”

See how it was in the video report:< /strong>

representative of the tourism industry from India, Subam Kumar – development director of an international tour operatorSatguru Travel, who played the role of a foreign merchant and spoke in his native language, Hindi. Here is what the actor himself says about his theatrical experience:

“I am very happy to perform and get this new challenge. It is very good for me, thanks to everyone and to all travel industry that support us!” 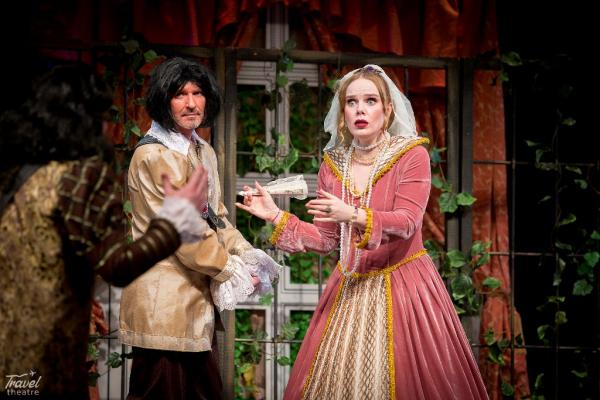 The production flew by in one breath, after bowing to colleagues, a pleasant surprise awaited – awards and gratitude from the organizers and partners of the event.

“Friends, colleagues! I am absolutely delighted with the show! I feel great joy and awe that Bnovo has become involved in the tourist theater, this is a wonderful and unique initiative, in my opinion. Thank you very much, from the bottom of my heart! I always knew that there are a lot of cool professionals in the travel industry, but today I was convinced that these people are also infinitely talented!”

Konstantin Sholkov, Member of the Board, D2 Insurance:

“I never cease to be amazed at the energy of people from the tourism industry, if they work, then they go into business with their heads, if they are engaged in creativity, then they give everything, if they play, then emotionally – from the bottom of their hearts.” 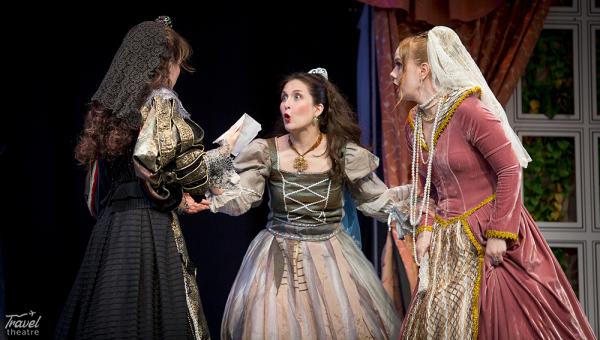 “Colleagues once again demonstrated that every tourism specialist is an incredibly talented and versatile person, he can be equally successful in any field!”

“I would like to thank everyone involved in this performance, I'm sure everyone in the audience shared my delight!”

The final chord of each day of the show was an evening program with theater actors and a buffet table, which helped to preserve the aftertaste of a holiday spent with colleagues and friends for a long time. The Santa Barbara band performed for the guests with hits from the 80s and 90s of the last century. 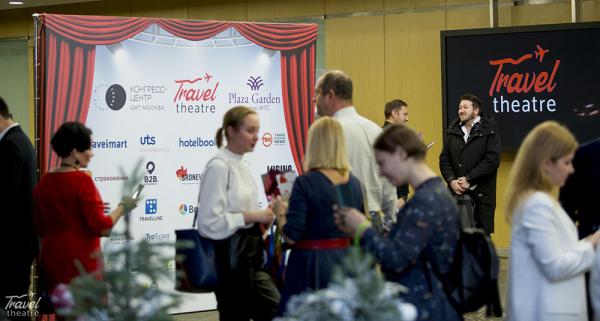 “To say that it was a delight means to say nothing! Emotions are overflowing! Thank you for the part of your soul that you put into this production and for the sea of ​​positive that you gave us!”

The organizers prepared photo reports from two days of the theatrical premiere: 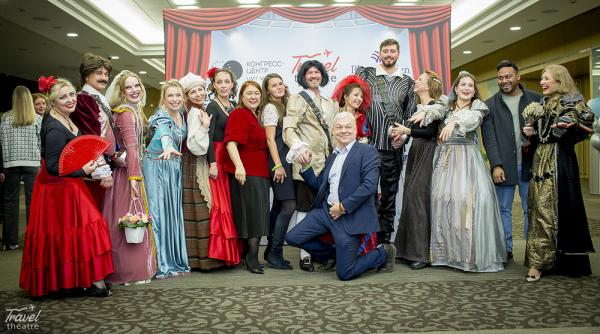 For so many years I worked with these professionals, but I could never imagine how talented they can be! You gave us a storm of emotions and positive, for which a big and human THANK YOU!

“Friends, our theatrical journey of six months has ended. Thank you very much to UTS and Irina Vasilyeva for such a wonderful opportunity! Thanks to Valentina – our director – who constantly motivated us to immerse ourselves in the theater with our heads. Thanks to Igor, our choreographer, for valuable advice! Special thanks to the sponsors and fellow actors who supported and helped our premiere!” 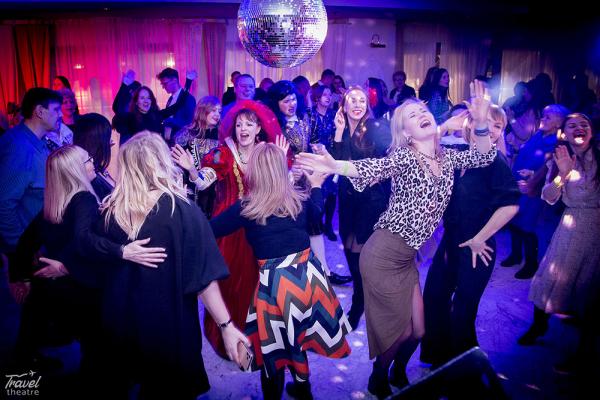 The success of the project determined plans for the next year. No matter what vicissitudes of fate we would encounter in it, the theater must and will live. Therefore, now everyone can fill out the questionnaire at the link. Casting is tentatively scheduled for next summer. When becoming a part of the project, remember that this is not only a great opportunity to unleash your creative potential and immerse yourself in the theatrical atmosphere, but also a great responsibility – conscientious preparation and attendance at all rehearsals is a must! 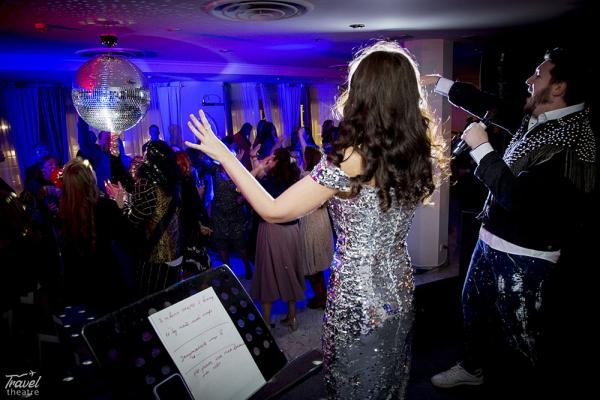