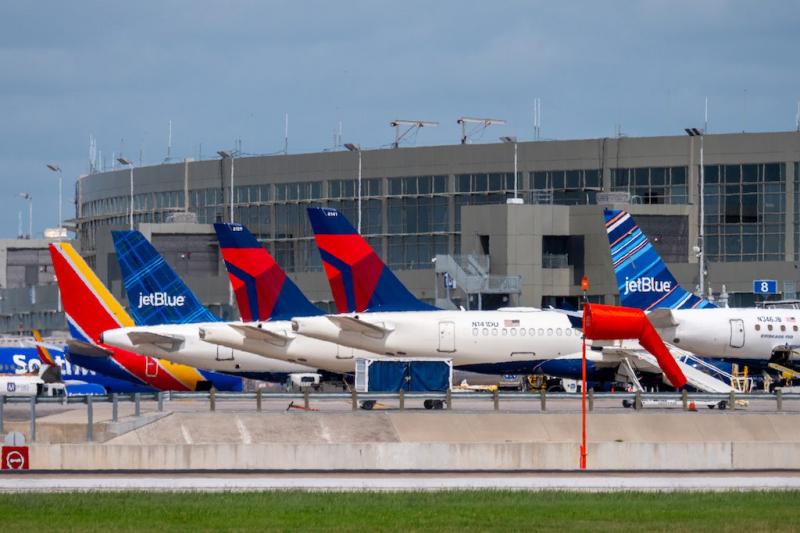 It’s the world’s most lucrative travel market, but airlines won’t maximize their profits unless they divert more planes and resources to the various routes between the U.S. and Europe.

Airlines expect the end of Covid-19 testing requirements in North America to accelerate a rebound in transatlantic traffic — but soaring fares due to surging fuel costs and staffing shortages may slam the brakes on rising demand in the world’s largest international travel market.

A U.S. requirement that arriving air travelers test negative for Covid-19 had been blamed by carriers for dampening demand.

But a week after the White House scrapped the rule, airlines are reporting a surge of interest in international travel.

That’s a bright spot as the industry prepares an annual meeting of the International Air Transport Association (IATA) in Qatar.

“I think they’ll reduce capacity in other areas,” Walsh told Reuters ahead of the June 19-21 Doha gathering.

United Airlines says searches for international travel from the U.S., including Europe, have increased.

U.S. airline executives have been advising customers not to delay their bookings if they are planning to go to Europe as the demand this summer is “on fire.”

The surge in demand, however, comes at a time when carriers on both sides of the Atlantic are grappling with staffing shortages, forcing them to cut capacity.

That’s raising questions over whether airlines and even airports have enough resources to meet increased demand. Transatlantic traffic has already reached 85 percent of 2019 levels, according to aviation analytics company Cirium.

Amsterdam’s Schiphol Airport on Thursday set a cap on the number of passengers it will handle during the summer travel season, citing labor shortages and forcing airlines to cut flights.

The move by one of Europe’s busiest airports means that airlines including KLM, the Dutch subsidiary of Air France-KLM , will have to cancel an unspecified number of flights.

The transatlantic is the world’s most lucrative travel market. In 2019, before the pandemic, transatlantic routes accounted for between 11 percent and 17 percent of passenger revenues at the big three U.S. carriers — United Airlines, Delta Air Lines and American Airlines.

Air Canada, which indirectly flies U.S. passengers abroad through its Canadian hubs, was witnessing stronger demand for Europe even before Washington rescinded Covid testing requirement. The Montreal-based airline, the largest foreign carrier in the U.S., told Reuters that bookings from some U.S. cities for Europe are above 2019 levels.

For large traditional players like British Airways-owner IAG , Lufthansa and Air France-KLM, the U.S. market is key to profits as they tend to be more reliant on transatlantic revenues than U.S. competitors.

United Airlines has the biggest exposure to international traffic among major U.S. carriers. It plans to expand its transatlantic network by 25 percent this summer compared to 2019 levels even as its overall capacity is projected to be lower.

“No airline is flying more across the Atlantic Ocean this summer than us,” CEO Scott Kirby said on LinkedIn.

Kirby and other airline CEOs are betting healthy U.S. household savings as well as strong pent-up demand will help fill flights despite rising fares and growing risks of an economic recession in the United States.

Inflation is at a record high in both the U.S. and Europe, with Russia’s invasion of Ukraine and China’s Covid-related lockdowns worsening price pressures. Central banks are under pressure to raise interest rates at a faster clip, dimming global economic prospects.

Average economy fares for a return flight from the U.S. to the EU are up 26 percent from their 2019 levels, TripActions says.

Thus far, there is little evidence of soaring costs hurting travel spending. Delta this month said consumer spending through its co-brand American Express cards is up 140 percent this year compared to 2019 levels.

Yet, some indicators are flashing warning signs.

A survey of U.S. travelers last month by Cowen and Co. found a slight drop in sentiment on the back of growing macro-economic concerns and rising air fares. An Adobe report this week also showed a slowdown in U.S. airline bookings in May.

“The question is … if your rent goes, up and your electric and gas bills go up and your fuel goes up, will that impact your disposable income that you can spend on flights,” said George Dimitroff, an analyst with Ascend by Cirium.

(Reporting By Allison Lampert in Montreal and Rajesh Kumar Singh in Chicago; Editing by Tim Hepher and Diane Craft)

This article was written by Rajesh Kumar Singh and Allison Lampert from Reuters and was legally licensed through the Industry Dive Content Marketplace. Please direct all licensing questions to [email protected].