Pilots have a smoke detector in the cabin 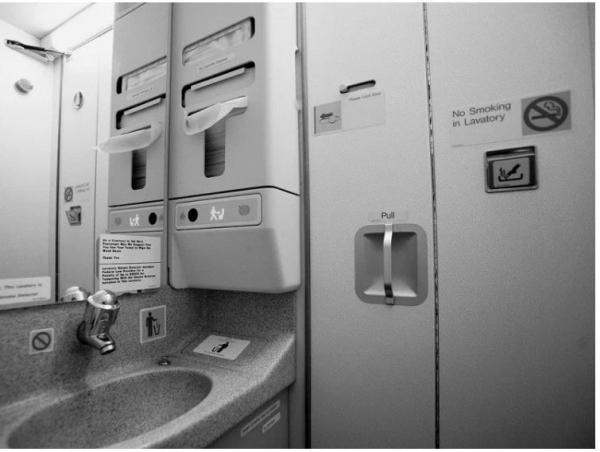 Tourist set fire to airplane toilet on flight to Bangkok

An Israeli traveler was the culprit of a fire on board a plane en route from Tel Aviv to Bangkok.

The flight was operated by the Israeli airline El Al. It is considered one of the safest in the world: all flight attendants are armed, access to the cockpit is closed for the entire flight.

According to the Jerusalem Post, halfway to Thailand, an unlucky tourist decided to smoke on board and locked himself for this in the toilet. Having done his job, he threw the cigarette butt into the bin with papers and returned to his place.

Soon, the flight attendants and passengers smelled burning. Smoke billowed from the toilet. It turned out that an unsuccessfully thrown cigarette butt ignited the contents of the urn. The fire began to spread to the entire restroom.

An experienced crew immediately extinguished the fire with the help of an onboard fire extinguisher. The pilots had a smoke detector in the cabin, but they decided to continue the flight. A few hours later, the liner landed safely in Bangkok.