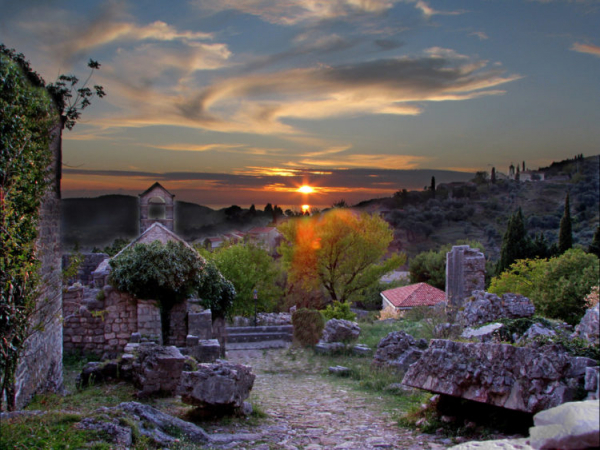 Bar is a city in Montenegro, located on the Adriatic Sea. It attracts with natural beauty, good conditions for recreation, and numerous attractions. It is the latter that should be given special attention, they will be able to tell interesting facts about the history of the area, culture and life of the people.

Consider the main attractions of the city of Bar in Montenegro. Let's start with the aqueduct. If the name is translated from Latin, it means a conduit, through which water is supplied to settlements. Considering a more narrowed meaning, we should talk about the element of the conduit, which is a bridge located over a river and a ravine. The object was built in the 17th century. It includes 17 large pillars, which are the support for the same number of arches. Special ceramic pipes with a diameter of about 12 cm are laid above the pillars. Stone was used for the construction, so from afar it seems like an ordinary bridge. Previously, the aqueduct was used for its intended purpose, today it has become a landmark of the city of Bar in Montenegro.

Aqueduct in the Old Town of Bar. Montenegro DudvaThe next object is a large olive tree. It is considered the oldest in Europe; according to some sources, there are no trees older than it in the whole world. Oliva is one of the most common variety on the Adriatic coast, the “horror”, it is more than 2000 years old. The crown diameter is 10 m. The trunk looks like a dome. Today, the tree does not bear fruit, but young trees that grow nearby bear fruit. On the map of attractions in Bar in Montenegro, the olive appeared in 1957. Then the municipality of the city officially assumed responsibility for its protection. A memorial complex was erected around the tree. The olive is also valued because Bar has long been famous for olive oil, it has been produced since 1927.

Church of Saint Jovan. It is a large religious building. It is consecrated in honor of John Vladimir. He was the first Serbian ruler of Montenegro. The church is quite young, because the work on its construction began a little over 20 years ago. According to the project, the area of ​​the building should be approximately 1 km², and the height – 40 m. The territory is intended for worship, spiritual and cultural events. The latter are planned to be held in a small amphitheater near the main facility. Funds for construction work were collected by caring people. Other states also made certain investments. 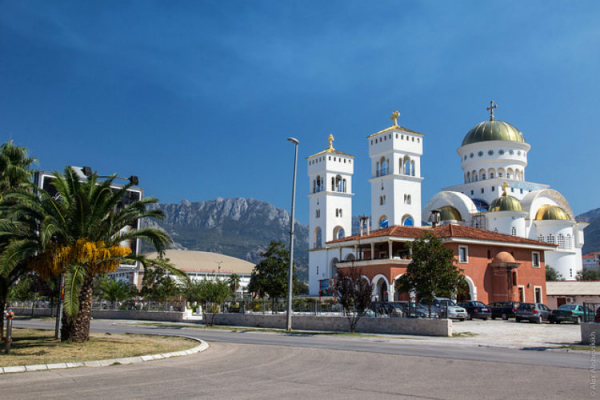 The Clock Tower is one of the most important sights of the old Bar in Montenegro. It was built in 1753. There are clocks on all four sides. The object has a high historical value, but over time it began to collapse. In order to preserve the memo, in 1984 they carried out its large-scale reconstruction, returning the ideal look. Now the clock is illuminated at night.

Ancient sights of the city of Bar

In ancient times, the city was in the possession of the Turks, in the process of liberation it was practically destroyed. This is due to the explosion of warehouses in which there were powder kegs. Large-scale damage affected almost the entire territory. But, some ancient monuments managed to survive. One of them is the Omerbasic Mosque. It was built by the Turks in the second half of the 17th century. The building itself is not difficult in terms of architecture. Structurally, it is made in a simple version. But, the main factor is the historical significance, due to which the mosque is included in many excursion programs. Here you can see the tomb of Dervish Hassan, the construction of which also took place in the 17th century. Later, it was completed and updated, but the main view has been preserved to this day. Stone walls are placed around the entire complex, providing it with reliable protection.

Palace complex Toplice. It was built at the end of the 19th century as the residence of the son-in-law of the Montenegrin king Nikola I. This is a luxurious building, decorated in the style of those times. To this day, it has retained its extraordinary beauty and attractiveness; guests of the city do not miss the opportunity to look at it. The architectural ensemble consists of:

Nearby you can see a beautiful park, next to it there is a city beach. Today, the palace complex houses numerous galleries and a museum. Historical expositions do not leave visitors indifferent. 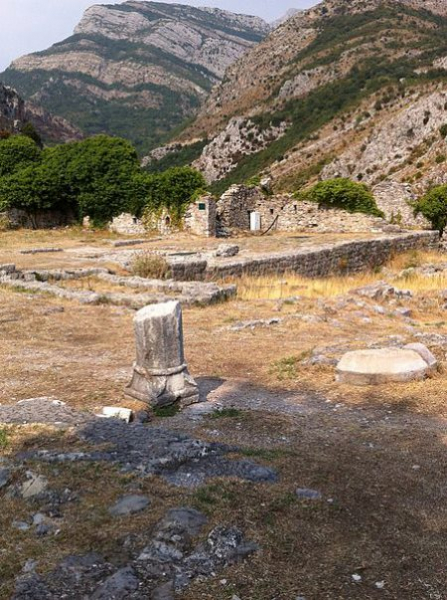 Place of the Cathedral of St. George in Bar Roman Kurnosenko

Cathedral of Saint George. It was built in the 13th century. Before that, there was an older church on the site of construction, which existed here in the 9th-12th centuries. At the time of its operation, the cathedral was of great importance. It was a very beautiful architectural work, hosted numerous services. But, as you know, the territory of Bar was temporarily in the possession of the Turks, often subjected to hostilities. As a result, almost all buildings were destroyed, and the cathedral was no exception. Only its remains of historical value have survived. 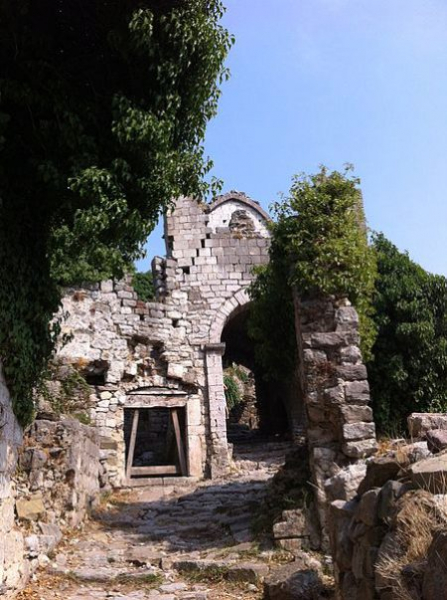 Continuing to talk about what to see in Bar in Montenegro and what sights not to lose sight of, let's stop at the Church of St. Catherine. Its construction took place in the 15th century, now there are only ruins on the site of the church. The surviving remains of the building are protected as a monument of history and religion. The building was built of polished stone, and earlier it had a rich appearance. What was worth only the interior decoration: frescoes, icons, paintings.

The old town of Bar in Montenegro Alex Alishevskikh

Old Bar – the ancient part of the city, is considered an open-air museum. Its foundation falls on the 11th century, respectively, we can talk about the value of the surviving memos. Only ruins have survived to this day, but these are the remains of more than 240 objects. Each of them has its own unique story, which the guide will gladly tell the guests of the city.

If you look at the sights of the city of Bar in Montenegro on the map, you can see how rich it is. There is something to see and where to go. The main thing is to create an excursion program that will help you navigate among the many objects, determine the travel plan. 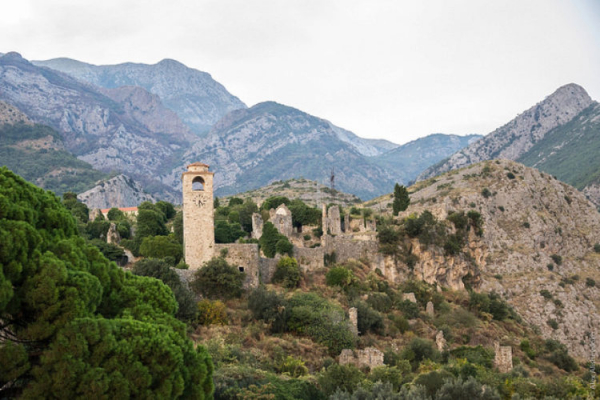 Ruins of the Old Town of Bar in Montenegro Alex Alishevskikh

To make exploring the area more informative and interesting, you can do this as part of one of the excursion groups. The advantage of this solution is that they are accompanied by experienced guides in Bar, who know the detailed description of each object they see. If you travel on your own, you should use a special guide. Here you can devote as much time to exploring the sights as it takes.

Sights of the city of Bar on the coast

Here in the first place we put the Royal Beach. It is called so because at one time it was a favorite vacation spot for royalty. A colorful piece of the coast is located in a very attractive place near the village of Chan. It is surrounded by sheer cliffs, covered with golden sand, characterized by convenient entry into the water, and allows you to organize a quality, comfortable stay.

You can get to the Royal Beach from the sea. With an enviable frequency, a sea taxi goes here, which will take everyone to their destination for only 10 euros, providing the expected comfort. There is information that an earth road to the area will soon appear.

The local port is the pride of the Montenegrin town. It does not have a long history filled with amazing facts, but it allows you to get a lot of positive emotions. It is enough just to take the time to admire the beautiful yachts, sailboats, huge ferries moored at the pier. Each ship is unique in design and appearance.

The embankment is a great place to organize a walk. It has everything you need to organize a quality holiday: beautiful landscapes, cafes and restaurants, places of rest.