Why did Russian emperors consider it important to visit Kostroma at least once in their lives?

What skillful jewelers forgot in a city where there is no no gold, no silver, no precious stones? And how are the Snow Maiden and ancient Russian legends related? “Around the World” tells about the jewelry capital of Russia.

Ivan IV the Terrible left a strange legacy to the Russian tsardom in the form of the Time of Troubles, Boris Godunov and the False Dmitrievs, but did not leave direct heirs, while the state had to fight either the Polish interventionists or the famine.

As a result at the Zemsky Sobor in 1613, ambassadors from all over the kingdom elected 16-year-old Mikhail Romanov as tsar, hiding from the hype in the Ipatiev Monastery near Kostroma.

Kostroma are proud of this fact and echo the Romanov dynasty, who called their city the cradle of the imperial family. It is worth going to the Ipatiev Monastery to feel the splendor and coolness of the wooden walls of the cells, which are replaced by the white stone vaults of the temple, the gold domes and crosses. Just do not forget that the monastery is active and you need to observe reverence in clothes.

However, not only the young betrothed tsar was not happy with his burden: having learned that Mikhail Fedorovich was in Kostroma, the Polish-Lithuanian detachment decided to capture and destroy the “upstart”. And then an ordinary peasant and the hero of future jokes stood up for the fate of the Russian state – Ivan Susanin, who did not betray the prince even under torture. According to another version of the legend, the peasant did not agree to show the foreigners the way and deliberately led them into the swamp.

The main square of Kostroma is named today in honor of the hero and savior of the Romanov family. By the way, the square got its strange shape (the largest streets of the city originate from it) thanks to Catherine II: when the Empress was passing through here, she was asked what a beautiful city center should look like.

At that moment, Catherine dropped the fan, and the officials took the gesture as a guide to action. On Susaninskaya Square in Kostroma there is a fire tower and monuments to a dove, a cat, the already named folk hero and the Snow Maiden …

…And nothing that would indicate that Kostroma is a jewelry capital. Meanwhile, jewelers appeared here long before the story with the Grand Duke: they forged and sculpted jewelry in filigree and other techniques. Until now, in fact, half of the Russian jewelry market is the work of Kostroma craftsmen and companies.

Life for the Tsar: 5 myths about Ivan Susanin

It is clear that you don't have to go to Kostroma to buy a Kostroma jewelry or a trinket, but still it is a great destination for a weekend getaway. From Moscow to Kostroma cannot be reached by air, but trains leave there daily. You can also get to Kostroma by car.

At the Museum of Jewelry Art of Kostroma, you will see with your own eyes that the noise about the craftsmanship of Kostroma is not a rumor: there are table gold temples with silver threads, pendants that the queen would like, and much more. Here you can also imagine yourself in the place of a real handicraftsman and turn large cast pliers in your hands.

Krasnoknizhny Vladimir: famous and secret sights of the ancient city

“Tell me, Snow Maiden, where you were”

Kostroma is a small city in itself, so the main attractions here are located compactly, side by side. The streets diverge like a fan from the central Susaninskaya Square (“frying pans”, as the locals called it), and the square itself adjoins the Volga coast – it seems that with so many landmarks in Kostroma it is impossible to get lost.

And that's all But the Snow Maiden succeeded, otherwise there is no explanation why Kostroma, and not the related Veliky Ustyug, is considered her homeland.

Kostroma historiographers and linguists believe that the image of the Snow Maiden is the transformed image of the goddess Kostroma from Slavic mythology, sister Kupala. According to legend, the evil bird Sirin brought Kostroma and Kupala together, marrying them. Realizing what happened, the girl drowned herself, and then resurrected in the form of a flower Kupala da Mavka, which was later called Ivan da Marya.

Today in the house of the Snow Maiden in Kostroma you will be met by Domovoy and the cat Bayun – the company is what you need. The heroes will take you to the Ice Room and show you “cold” sculptures of deer, hares and other helpers of Grandfather Frost's granddaughter. 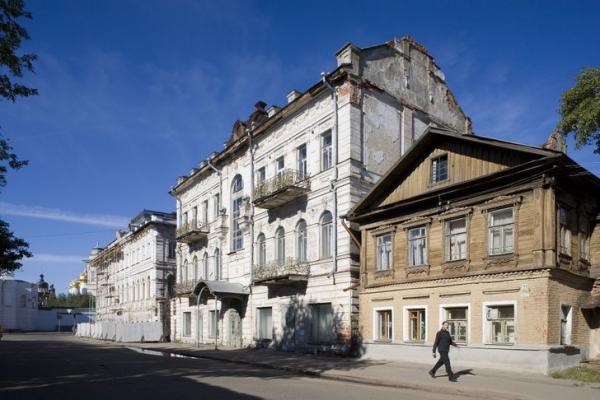 Terem is not the only wooden house in Kostroma: in the reserve, in the Museum of Wooden Architecture, a hut on chicken legs awaits guests. But enough mysticism and folklore – this place is perfect for a quiet rest by the pond, under the canopy of birches, where it smells of stained wood, carved shutters and flax.

“Mushroom” trails of Ryazan: an unobvious route to interesting places in the city

“So go ahead for the nomadic gypsy star”

If you love the film “Cruel Romance”, then by all means visit the first gypsy museum in Russia in Kostroma. Here you will learn about Roma customs and traditions, their national language and way of life.

Sacred chains: a report from a gypsy wedding

Free cheese only in Kostroma

Kostroma cuisine is based on cheese. Indeed, this is one of the most famous Russian cheeses. The first cheese factory appeared here in the second half of the 19th century, and by 1912 there were already 120 of them.

You can buy Kostroma cheese at the local market or in the Trading Rows. And to learn a little more about the art of cheese making, you can go to a special museum on Tchaikovsky Street.

However, you will not be full of cheese alone. In Kostroma, sturgeon, carp, sterlet and trout are also caught and bred, which are cooked near Susaninskaya Square: there are most restaurants and cafes on Sovetskaya and neighboring streets. If you're lucky, you'll come across a fish with caviar.

For original ideas for traveling around the country and detailed reviews of sights, look for the site “Around the World” by the tag #DiscoveringRussia.