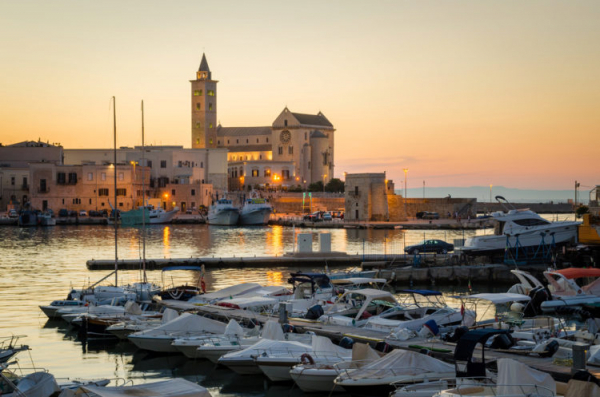 Bari is a major city and port of Italy, the capital of the Puglia region. Locals compare it with Paris, noting that only the sea is missing for the latter to be completely similar. In addition, a huge number of attractions are concentrated in Bari, which makes it even more attractive for tourists. The city is often referred to as the cultural capital of southern Italy, and rightfully so. Let's take a closer look at the sights of Bari, what is remarkable about the center of Puglia that it can show its guests.

The Basilica of St. Nicholas as the main attraction of Bari in Italy

Let's start our acquaintance with the city with religious sites, the main of which is the Basilica of St. Nicholas. It is of great importance for the country, Europe as a whole and all Christianity. The construction of the temple took place in 1087-1197, so besides its religious significance, its architectural significance should not be underestimated.

The history of the construction of the shrine is connected with the relics of St. Nicholas, which were originally located in Turkey. But, it was decided to move them to ensure greater security. And the choice fell on Bari, because this city of the saint once passed on the road to Rome, and expressed a desire to be buried here. The relics were transferred to the city in 1087, from which the history of the great basilica begins.

If we talk about the modern form of the building, it is somewhat different from the original version. It went through several stages of restoration, which took place in the 13th, 17th and 20th centuries. Recent restoration work was characterized by a certain change in the original style. But, in general, they tried to keep the basilica the way it was. 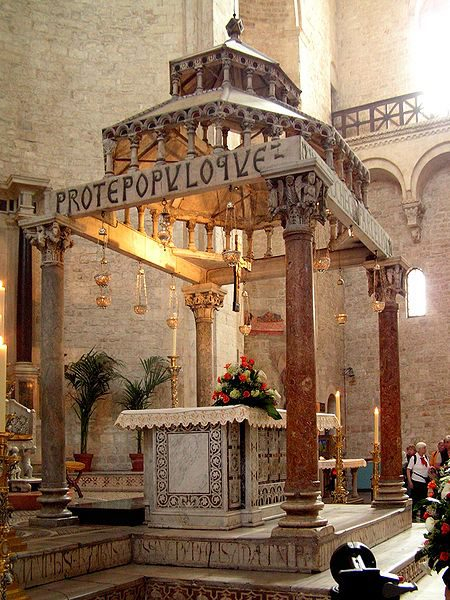 Today, the church houses a museum that contains numerous art objects of great value to the Italian people. Particular attention is drawn to the collection of candlesticks, which were donated to the temple by King Charles I of Anjou in the 12th century.

On December 6, Italians celebrate Saint Nicholas Day. On this day, myrrh is collected from the tomb, which exudes relics, according to legends. It is distributed in small containers and sent all over the world. Believers talk about the numerous miracles created by the world, so this ritual is of great significance and value.

Arches with coats of arms of their patrons Tango7174

We reviewed a brief description of the main attraction of the city of Bari in Italy. Indeed, it is the basilica that tourists who arrive on vacation want to see first of all. It allows you to reconsider your worldview, feel peace and tranquility, look at the world in a completely different way.

See the beautiful places of Bari in this wonderful video!

It was mentioned above that the city is the center of culture and religion, and thanks to its centuries-old history, it can boast of many unique objects that are of great importance for the country and the world as a whole. Therefore, looking through the description and photos of the sights of Bari in Italy, you will definitely note the following:

This is the old part of the city, characterized by a close arrangement of buildings, small narrow streets. And yet, it holds great value. Everyone who has ever been here is sincerely surprised how about 40 churches and more than 120 sanctuaries could fit in such an area. Trying to accurately count them or look for a specific object is almost useless. The quarter is like a labyrinth, so it's better to just walk along its streets, enjoying the unusual atmosphere and romance. Previously, there were rumors that crime is actively flourishing in Bari-Vecchia, petty thieves and pickpockets are found at every step. But, to date, the situation has been corrected by the authorities. They have done everything possible so that tourists can safely visit this part of the village;

Citizens and guests of Italy mark this attraction in a special way on the map of Bari in Italy. We are talking about the Swabian castle, built in 1132. The Norman ruler Roger II became the organizer of the construction. But, a little more than 20 years later, the castle was destroyed by William I of Sicily, after which it was rebuilt for a long time. Of course, it was no longer possible to reproduce the original architectural style and recreate all the former features. But, Castello Svevo is valued for how many different transformations and events he had to endure. This place has a long, rich history that everyone who plans to visit the castle should know about; 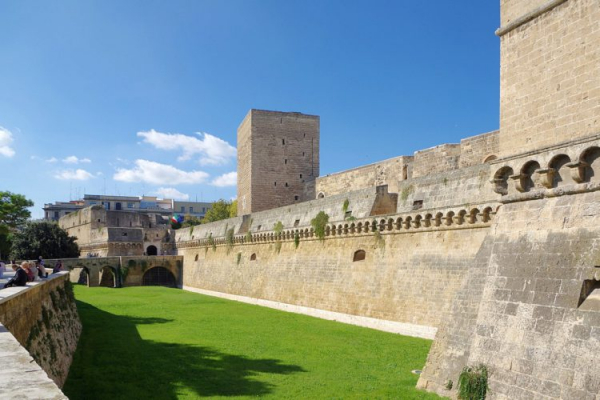 Grotte di Castellana is another important attraction of Bari in Italy. We are talking about a system of underground caves, which are millions of years old. Someone admires their unique appearance, someone funny notes that they look like the habitat of small gnomes. In any case, the object is worthy of attention. Previously, an underground river flowed at the site of the caves. It was she who washed the numerous passages from limestone. Previously, they only caused problems for local residents, but today they have become one of the popular stops on tourist routes. The caves have been cleaned and improved, so you can safely travel through them, enjoying the surrounding beauty; 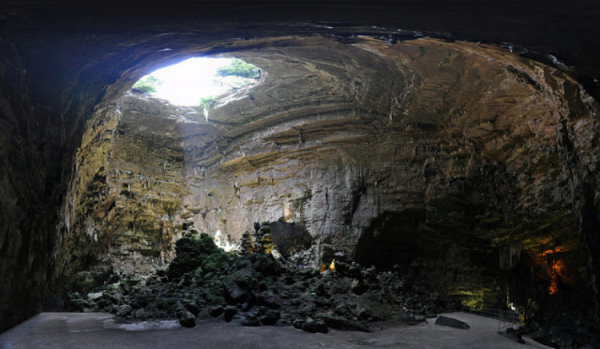 It is not as popular among tourists as the Basilica of St. Nicholas, but is an older building, which is why it has a high value. Researchers suggest that the building dates back to the 12th century. It was then that the foundation of the building that has survived to this day was laid;

Facade of the Cathedral of Bari Jean-Christophe BENOIST

Pinacoteca Provinciale is the main art museum in the region. It is notable for the remains of sculptures, works of other types of art dating back to the 12th-13th centuries. Also here are the works of famous artists of the 17th, 18th and 19th centuries. It is in the Pinacoteca Provinciale that one can clearly see how painting and sculpture developed over time, clearly tracking all the changes. Even the building itself cannot be ignored, because it looks like a chic bright palace. 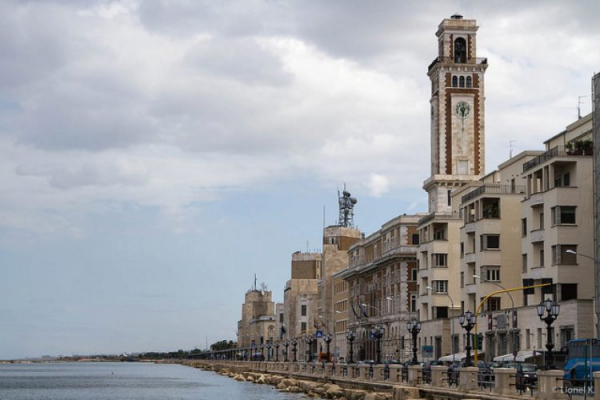 View of the Metropolitan Art Gallery in Bari LK

This is not all that you can see in the Italian city. Many interesting and important sights for Italy are concentrated in Mola di Bari. It is a small commune with about 25,000 people. But, walking around the area, each guest will be able to get a huge amount of vivid emotions. Numerous ancient buildings have been preserved here, each of which has its own unique history. And to make the journey more informative, it is better to walk around the area, having a guidebook where all the important places are marked, their brief description is given. Also, local guides in Bari will be happy to conduct an individual or group excursion to Bari for you. This option will be more effective, because it will be possible to get the maximum amount of useful information, without wasting extra time looking for this or that object.

When to go to Bari for sightseeing and relaxation

So that sightseeing is not overshadowed by unforeseen weather factors, you should responsibly approach the choice of time for planning a trip. An increased influx of tourists has been observed in the city since April. In the middle of spring it is quite warm outside, and the sea warms up to 20 degrees. This allows you to successfully combine walks around the city and a beach holiday. In summer, dry and hot weather is observed. The thermometers show 28-30. The beach season lasts until mid-October. In winter, there are practically no frosts in the Italian town. Often the air temperature is +5 or more. For active travel, the temperature is not too comfortable, so mostly foreign guests visit Bari from April to November.

A convenient means of transportation for tourists in Bari

​​Getting to your destination is easy. The airport is located 8 kilometers from the city. It accepts both domestic and international flights. There are buses from the airport that will quickly take guests to their final destination.

In addition to the city of Bari, we recommend visiting other sights of Puglia. Read also about the sights of Genoa and be inspired to travel further in Italy. 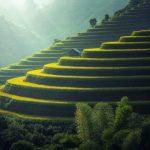 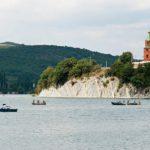 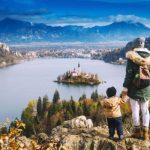 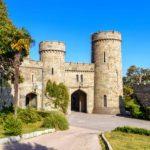