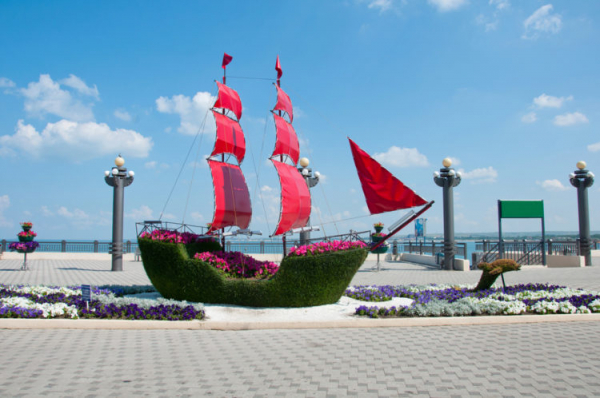 Anapa is a Black Sea city that is most visited by tourists. With its ideally mild climate, a variety of entertainment and the presence of numerous architectural sights, the resort has won fame as the pearl of the Krasnodar Territory and has gained immense popularity among vacationers. Recently, significant improvements have been made to the infrastructural part and the tourism industry has developed. The city gives the impression of an ongoing holiday and carelessness.

Rest in Anapa: attractions and entertainment

A detailed map of Anapa with attractions and entertainment shows how many places you can visit in the city for leisure activities. One of its popular attractions is the Central Embankment, which starts from the Marine Station and ends at the Anapka River, where the central beach originates. Flowers are planted along it, fountains, numerous restaurants, cafes, boutiques with souvenirs and shops are placed. 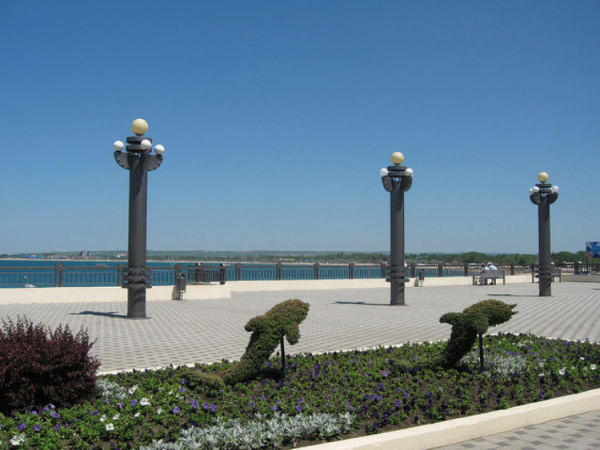 Flower dolphins on the embankment of Anapa Grigory Gusev

Not far from the central beach is the 30 Years of Victory Park, which is the main place of entertainment for children and adults in the resort. Here you can relax in the shady alleys or visit the site with attractions such as:

Playground with attractions in the Anapa resort Koralex2020

In the park, you can go to the “Animal World” exhibitions, where you can see various exotic species and butterflies. Also, in the park there is a cinema and concert hall “Victory”, where the audience is invited to watch premiere films and various events. At the same time, prices for entertainment and attractions in Anapa are very affordable.

The main attraction of the resort for children is the Golden Beach water park. Here it is proposed to ride the slides and visit the attraction for the family “Storm Sea”. This type of recreation is still the only one in the Russian Federation. It is worth visiting the water skiing park “Sea of ​​Pleasure” with your baby, go water skiing along the ring track, which will allow you to experience the feeling of flying. In addition, Anapa is rich in other entertainment and attractions for children, both in the city and in the region.

Entertainment and attractions of Anapa: excursions

Excavations of the ancient city of Gorgippia in Anapa Art-top

Fans of historical monuments will enjoy a trip to the largest museum-reserve “Gorgippia”, where you can see the excavations of the ancient city, destroyed in the third century. You will see elements of neighborhoods, residential buildings and cobbled streets, as well as the Russian Gates – the only reminder of the former rule of the Turks. The pavilion of the museum presents various decorations, kitchen utensils, coins, weapons, fragments of the cathedral, sarcophagi and other artifacts. 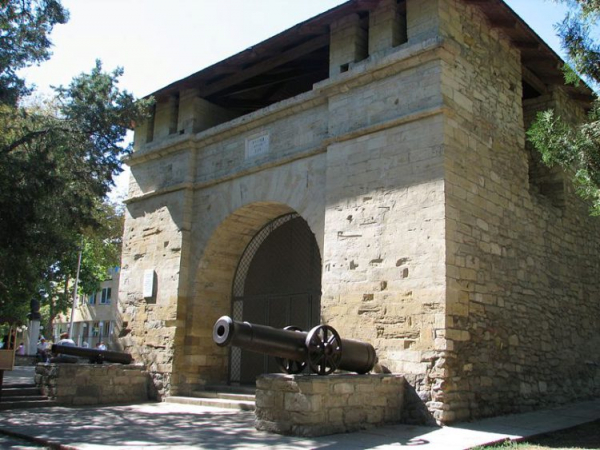 Excellent entertainment in Anapa and go on excursions to the sights of the resort. For example, it will be interesting to visit:

the Abrau-Dyurso champagne factory – a place with almost 200 years of history will tell you about the history of winemaking in the Krasnodar Territory; 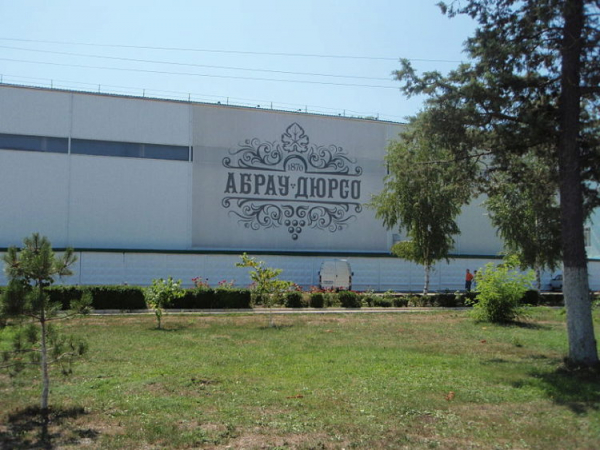 The Anapa lighthouse is introduced to guests of the city during a sightseeing tour of the resort. This place will appeal to romantics, thanks to the magnificent panorama of the sea; 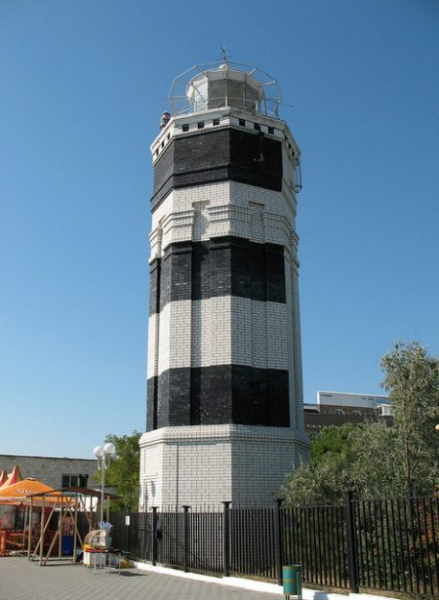 Lighthouse in the resort town of Anapa Alexxx Male

local history museum – you will learn about the existence of the city during the period of the Bosporus kingdom, about the Russian-Turkish war, as well as about events in our time.

Be sure to watch this beautiful video about Anapa!

Night and day attractions and entertainment in Anapa 2019

The sights and entertainment of Anapa in 2019 include clubs and dance halls. MABI is considered such a popular place in the resort and in general in the region. It is located behind the water park near the beach. The institution is distinguished by respectability, high-quality sound of music, shows of shows of DJs famous in Europe and Russia, affordable prices and the strictest face control, which indicates a good level of security for visitors to the institution. 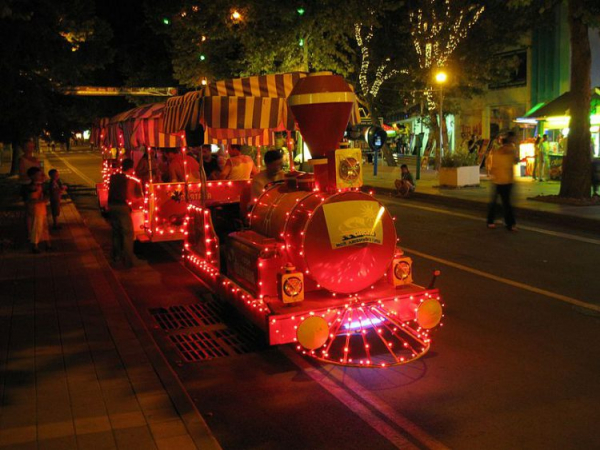 entertainment in the resort of Anapa yurij-menkovich

A great place for a night out is the club “Dancy”, where the entertainment and music program is constantly updated:

sharko shower with champagne; foam show-party “Behind the Glass”, etc.

Night show in the resort town of Anapa dmitryburge

Fans of bowling and billiards can have fun in the Pepelac complex. It is decorated in Hi-Tech style and got its name from the movie “Kin-dza-dza”. It is distinguished by quality service, professional billiard tables, an excellent bar, dance floor and restaurants. Here everyone can spend their leisure time according to their taste and budget.

Attraction with a walrus in the Anapa Dolphinarium Roman Dergunov

At the resort of Anapa, photos of attractions and entertainment are striking in their diversity. What is the beach located in the central part of the city worth, numerous water parks, which are both in Anapa and in its area. Also, there are dolphinariums, where you should definitely visit with children. Dolphins show an interesting show program, which includes: 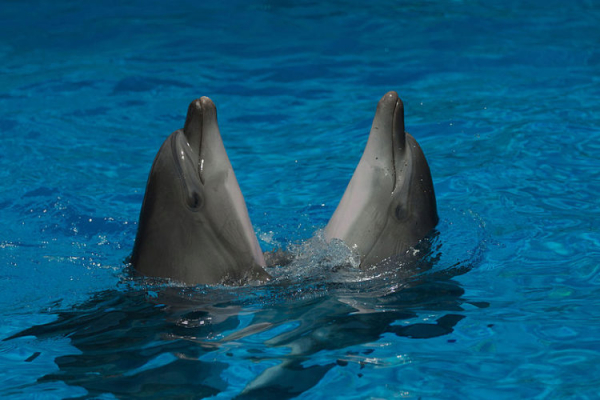 jumping through the rings; ball games; singing songs and more.

After the end of the show, for a moderate amount, it is offered to take pictures and even swim with dolphins.

The most interesting sights and entertainments of Anapa show photos with descriptions. Among them are:

a zoo in the central part of the city, where there are ostriches, kangaroos, turtles, fur seals, crocodiles, parrots, monkeys, pheasants and many other representatives of exotic fauna; crocodile farm – over one hundred and fifty individuals live here, which are offered not only to photograph, but also to feed, and you will also see fascinating shows with reptiles here;

ostrich farm “Aristaeus” – you can watch the life of these big birds and learn about the benefits of their breeding; marine aquarium “Batiscaphe” – an exhibition hall with representatives of the Black Sea, lakes and rivers of the Kuban. 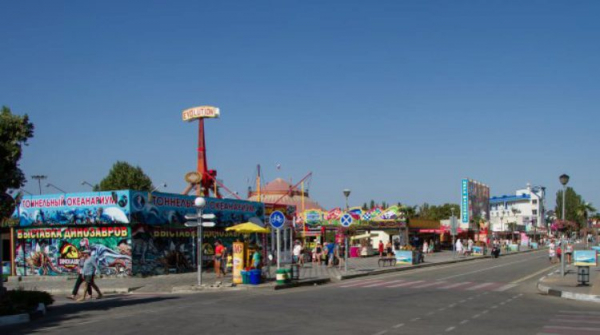 Amusement park in the resort city of Anapa Koralex2020

The sights and entertainments of Anapa available for visiting in the summer of 2019 include the Quadro club, which offers mountain routes on ATVs or along the coastline of the sea. Also, a walk is available here, where you need to overcome natural obstacles and drive into wild sections of the High Coast. 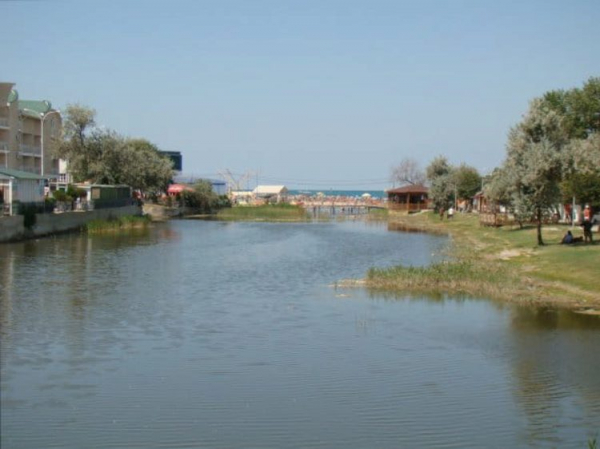 The most interesting and unusual place for vacationers is the Lotus Valley, located in Taman. It is best to go there at dawn, when the flower buds open. You can get closer to the lotuses by boat or boat. Here you can rent a boat and relax in a cafe, as well as car parking in the Lotus Valley.

Anapa and its surroundings: attractions and entertainment

There are many attractions and entertainment in the vicinity of Anapa. Be the first to visit the village of Bolshoy Utrish, where you can see the world-famous performance in the open-air dolphinarium theater. Here the beaches are pebbly, equipped with cabins and showers. In the Sukko Valley, located 12 km from the city, you can visit the Lion's Head Castle and the theatrical knight's performance.

In the Anapa area in the village of Vityazevo, there are a lot of entertainment and attractions. It is also called the Las Vegas of the local level due to the large number of entertainment centers, cafes, restaurants, nightclubs, boutiques with souvenirs and a variety of water attractions. The village is also famous for its healing mud, which helps against radiculitis and arthrosis. 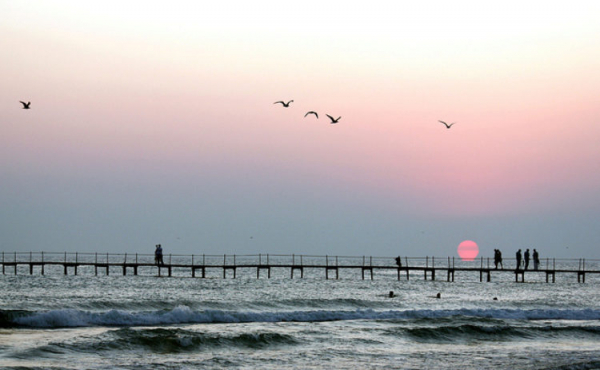 Sunset in the village of Dzhemete. Anapa Dmitry Terekhov

5 km from Anapa is the village of Dzhemete, rich in sights and entertainment for every taste and budget. This resort has some of the best beaches on the Black Sea coast, where you can soak up the sun or explore the underwater depths in rented equipment, as well as swim on catamarans and jet skis. In Dzhemet, you should definitely visit the Tiki-Tak water park, the dolphinarium, the oceanarium and the pingivinarium.

When thinking about a vacation in Anapa, be sure to include sights and entertainment in your program, especially if you go to the resort with your children. At the same time, do not forget to visit interesting places in the city's environs.

Read also about the sights of Arzamas and be inspired for your further trip around Russia. 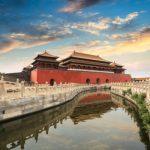 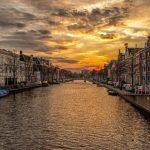 25 best attractions in the Netherlands 2021 (PHOTOS) 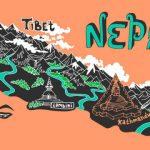 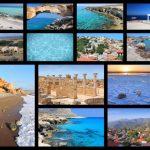