Wherever they wander, they always return to their native places. They settle near the water and live in harmony with nature, relying only on themselves and their flock. Freedom-loving and faithful, like swans, the indigenous people of Altai

A small people living in the regions of the upper and lower reaches of the Biya River – in the Biysk, Krasnogorsk, Solton, Togul and Kytmanovsky districts of the Altai Territory, the Turochaksky district of the Altai Republic and the Tashtagolsky district of the Kemerovo region. Accordingly, the upper (ore kumandy) and lower (altyna kumandy) Kumandins are distinguished. The total number of & nbsp; – about 3000 people. About 2,000 of them live in the Altai Territory. The Kumandin language is one of the dialects of the Northern Altai language, which is part of the Turkic group.

The center of the cultural life of the Kumandins in Russia is the village of Krasnogorskoye. 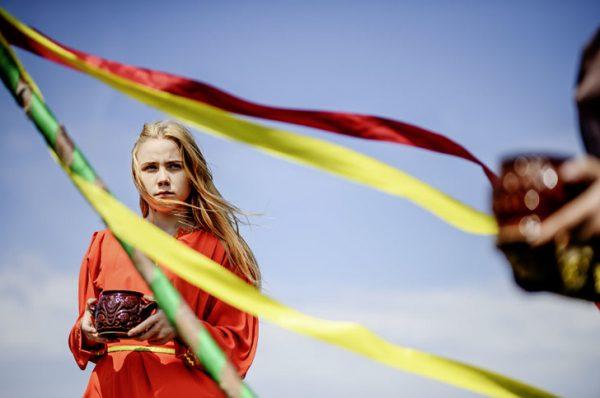 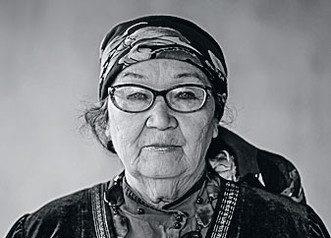 She was born on March 3, 1951 in the Krasnogorsk district of the Altai Territory.

Member of the Ethnocouncil under the Governor of the Altai Territory, regional public organization of Kumandins “Toreen Cher” (“Motherland”) in the village of Krasnogorsk.

He lives in Barnaul. Married to a Russian. Mother of two children. “Don’t throw anything into the river,” my mother taught me. Because for every Kumandin, water is sacred. You can't pollute it. And when you collect water from a spring, you need to say thank you. We do not wash clothes in the river, we carry buckets home. And in the evening we generally try not to disturb the river, but if we need water, we ask permission. Of course, only if there is a good reason for it. For example, the guests came. 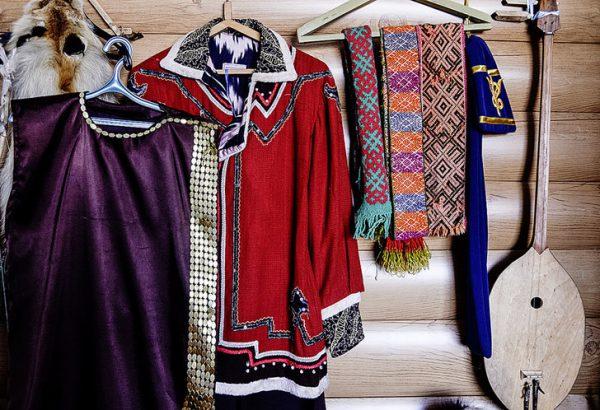 In the old days, a guest was greeted by lighting a pipe. This was done by the oldest member of the family. It is believed that all bad thoughts go away with the smoke. And the smoke closes the gates to the lower world behind the deceased, so we escort a person on his last journey, fumigating him with juniper. Otherwise, the spirit of the deceased will wander among us. 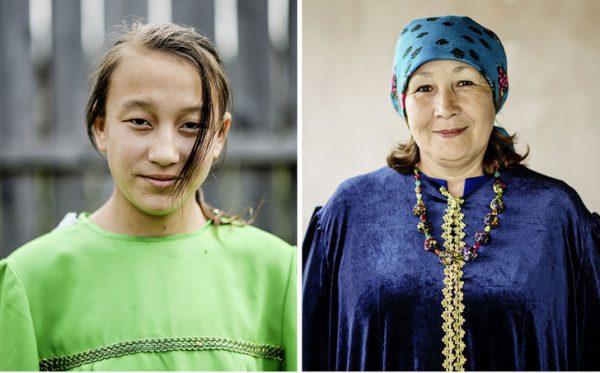 Fire also has a spirit – from Ezi. And we don't worry about it. From childhood we know that you can not jump over the fire, spit or throw garbage into the fire. Sometimes you see a person with blisters on his lips – you understand that he disobeyed. Therefore, we treat fire with respect. 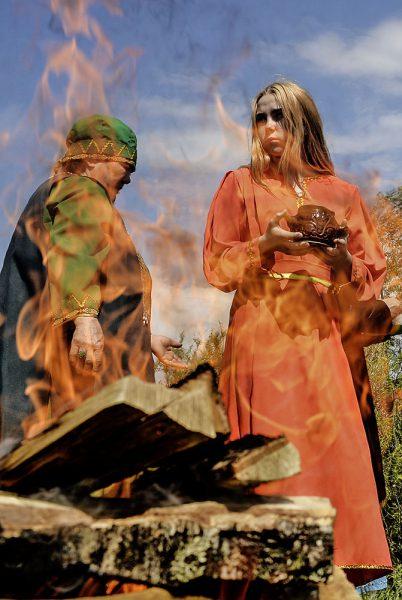 As with animals. Hunters, killing the beast, asked him for forgiveness. Especially in the case of a bear, this is our sacred animal. We call him grandfather. He cannot be offended. The bear was killed only in the rarest cases, for example, when he was a danger to the village. Then the eyes of the animal were eaten by a hunter so that his gaze would scare away other bears. 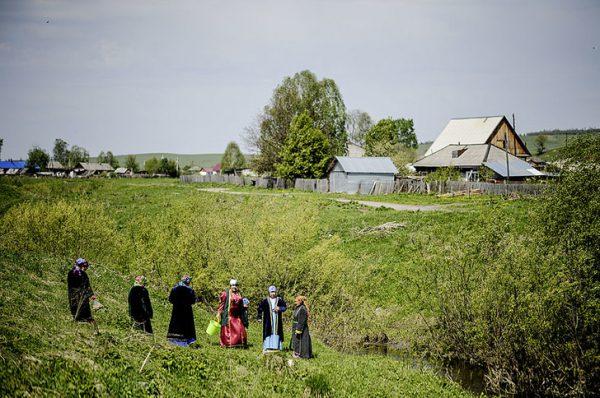 Evil spirits can enter through the eyes, which can jinx a person and even steal his soul. If this happens, the person gets sick or dies. That's why our dolls have no eyes.

During childbirth, when a woman is most vulnerable, she is protected by rag dolls depicting the spirits of birth through the female line – orokenner. They also protect the family and the home. But men are protected from evil spirits by weapons. Above the cradle we hang a bow or a sword. When the boy grows up, his father buys him a gun – this is both a talisman and a hunting tool.

We are hunters by nature. Traditionally, they went to large and small fur-bearing animals, deer and roe deer. Hunting gave us clothes and meat in addition to lamb and horsemeat, our main food.

We eat horse meat regardless of the season. This is dietary meat, lean. The stallion must be three years old, then we slaughter him. But mares cannot be touched, they give life. We eat lamb only in summer – at this time the purest meat, as animals eat fresh grass. In winter-spring, sheep have offspring, so you can’t touch them. And in the fall they prepare for winter, gain fat, sweat – there is no health benefit in such meat. Before slaughtering a lamb, the head of the family thanks nature.

The bear was killed only in rare cases when it was dangerous . Then the eyes of the animal were eaten by the hunter so that his gaze would scare away other bears.

We adopted the cult of animals from the Scythians. They often depicted creatures that personified the union of two worlds – earthly and heavenly. For example, the body of a deer and the head of an eagle. Such a connection of different worlds carries a sacred meaning. Both animals and birds strive for freedom. Like the Kumandins, who combine earthly and heavenly things. 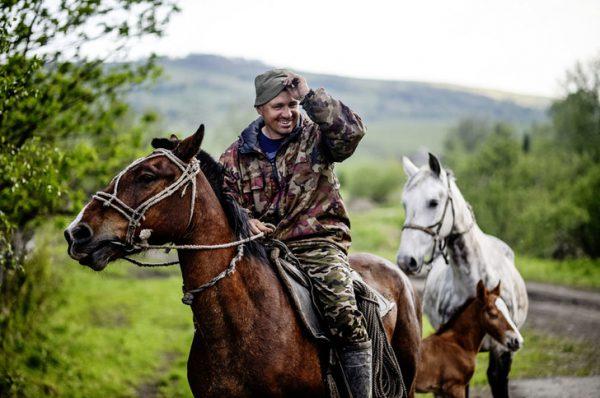 According to legend, we are descended from swans. Long ago, three birds descended to earth from heaven to bathe in a river. Shedding their wings, they turned into beautiful girls. The hunter saw it by chance. At first sight, he fell in love with one of the beauties – and hid her wings. The swan girl could not fly away with other birds, so she remained among the people, with the hunter. From this pair our people originated. “Commands” – its name – can be translated as “I -swan” (ku -“swan”, man -“I”).

We, the swan people, traditionally settled near the water. In our area there are non-freezing lakes. Because of the warm underground springs, the temperature in them does not drop below +4 degrees, so every winter they become a home for whooper swans. Such lakes, for example, are located in the Lebediny reserve. In the Altai Territory, many places are named after this bird: the Swan River, and the village of Lebyazhye, and the village of Kurlek, which was founded by my ancestors on my father's side. 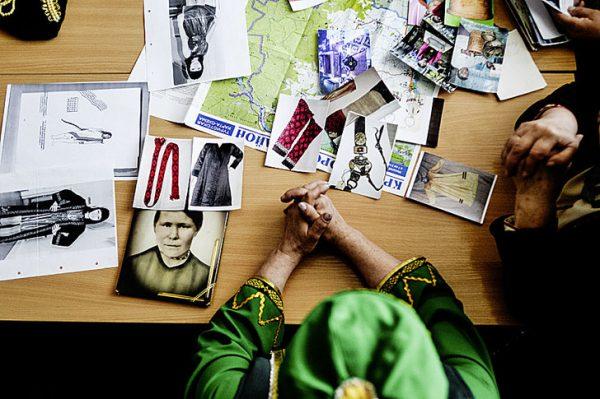 I always return to my village. My parents and my husband's family lived in Krasnogorsk. Now in the village, together with other Kumandins, we are reviving the customs and traditions of our people. I have traveled to different parts of the former Soviet Union in my life – I followed my husband, who worked as an exploration geologist. But we were always drawn to our native lands. Despite the fact that the Kumandins are by nature a nomadic people, we try to come to where our roots are. Like swans that return to the same places year after year. 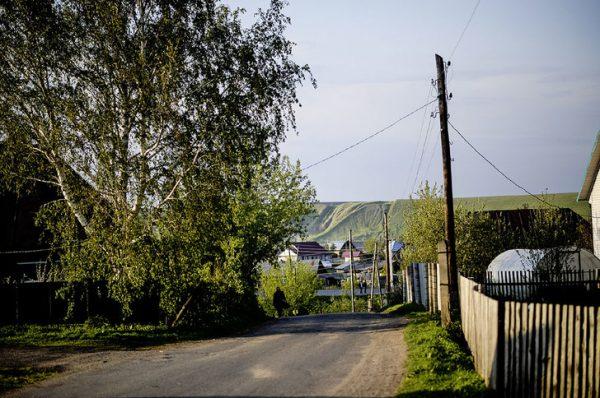 Our ancestors are buried here. But it is not customary to visit them at the cemetery. Kumandins escort a person on his last journey and do not disturb him anymore. It is better for women and children not to go to funerals at all – we experience the tragedy more emotionally, therefore we are protected. Returning home from the cemetery, you need to thoroughly clean your feet from the ground so as not to bring anything from the afterlife. The only thing that can disturb the dead is Kam —a shaman who provides a connection between the world of people and the world of spirits.

Fire has spirit – from ezy. And we do not disturb him …
Sometimes you see a person with blisters on his lips – you understand that he disobeyed

To communicate with spirits, shamans let their hair down. Because hair creates a connection between two worlds. We women need to hide our hair from strangers. With an uncovered head, you can only be in front of the closest people. In front of strangers – only if you are a shaman.

Valentina Tozyrovna lives in our village. She is 81 years old. There were shamans in her family, and this gift was passed down from generation to generation through the female line. This woman always has warm hands. As soon as Valentina puts on her watch, it stops. Take off & nbsp; – they go again. In her second year at university, Valentina suddenly began to have seizures. Then her father's cousin, also a shaman, explained what was the matter and led her to the main kam, who performed the initiation ceremony. Valentina was ordered to treat people, which she does.

In the past, many turned to shamans when they were sick. They also went to them for advice. They were also asked to punish a person who committed a crime, such as murder or rape. If this happened, they did not arrange proceedings, but through the shaman they sent a curse on the whole family of the offender. Then boys ceased to be born in his family, and soon this family disappeared. 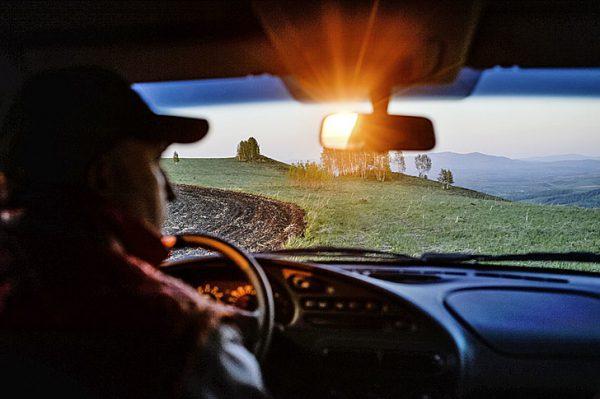 Relatives are very important for the Kumandins. We rely only on ourselves and our loved ones. We never leave the elderly. We respect them, we call them aksakals, from the word “ak” – “white”, “holy”. In difficult times, brothers and sisters will definitely be there. If a woman becomes a widow, her husband's brother will marry her. If children become orphans, their relatives will take them under their wing.

We have many children in our families. We even treat strangers as our own, we call them “son”, “daughter”. And our families are strong. I do not know of such cases that someone divorced. In one of our traditional songs – tokpak – it is sung that a woman should be wiser and for the sake of her family forgive her husband for insults and betrayal. But we Kumandins, although we love freedom, remain true to our soul mates. To my family. And to your flock. Maybe that's why they call us “people-swans”. 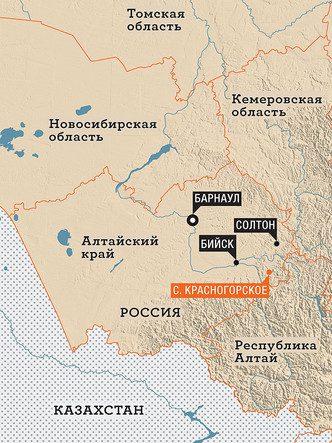 The editors would like to thank the Tourist Center of the Altai Territory for their help in preparing the material.

The material was published in the magazine Vokrug Sveta No. 8, August 2017, partially updated in May 2022