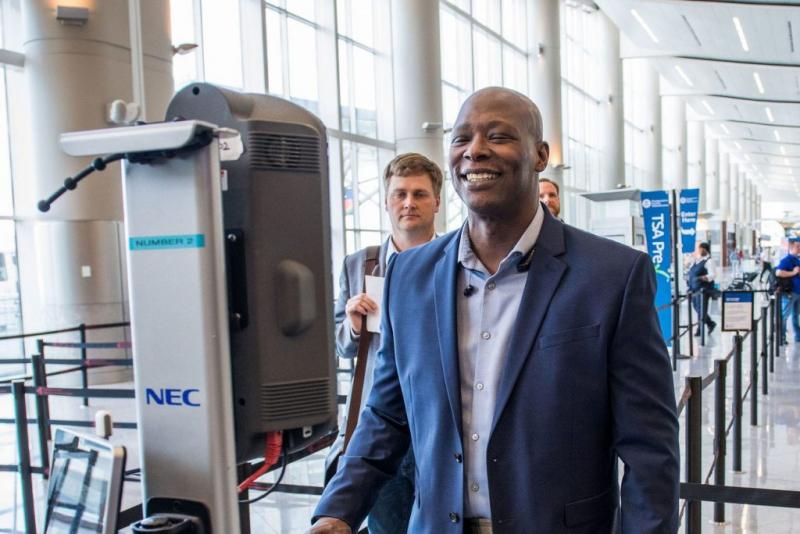 Satisfying the growing demand for contactless travel will require more than airlines getting on board with biometrics because airports need to adopt the technology as well.

Star Alliance, the world’s largest airline alliance, wants roughly half its 26 members to use biometrics technology by 2025, as passenger demand grows for contactless travel and less airport congestion after Covid-19.

By increasing the number of airport touchpoints where passengers can use biometrics technology, such as facial comparison which allows someone to use their face as a boarding pass, Star Alliance hopes to reduce processing time through airport security, baggage drop, departure gates and lounges.

The group wants 12 to 15 airlines, or roughly double the current number, to either use its biometrics strategy or ensure compatibility, said Christian Draeger, vice president customer experience.

In addition to airlines, Star Alliance also hopes the four European airports that are participating in its biometrics program will add additional touchpoints, as well as increase the number of participating airports.

“We will definitely need to be heading towards half of our carriers participating,” he said. “But at the same we also need to increase the network of participating airports.”

It is the first time the alliance, which coordinates services and projects like digital infrastructure for members, has outlined a specific target, Draeger told Reuters.

While not binding, the goal echoes private sector efforts to validate identities at dedicated lanes ahead of security checkpoints. Companies like Clear Secure allow passengers with paid airport memberships to use their biometrics technology instead of travel IDs.

It comes as global experts in Montreal are discussing the wider use of biometrics to securely replace conventional travel documents at a United Nations aviation symposium that wraps on Thursday.

The U.N. International Civil Aviation Organization (ICAO) sets standards on everything from runway markings to crash investigations that are usually adopted by its 193 member countries.

But the use of biometrics in travel varies by region due to different privacy rules and some countries’ lack of technical expertise which make the technology harder to introduce.

Over the next three years, 38 percent of airports plan to implement one biometric token like a face that gets passengers through all checkpoints, up from 3 percent a year ago, according to a 2021 report from air transport communications and IT specialist SITA.

Star Alliance member United Airlines said it is pursuing ways to ease travel through the use of biometrics at several points throughout the airport.

Other uses of biometrics to ease travel have grown over time. Around 80 percent of ICAO states now issue e-passports, which were launched in 2004 and have secure chips with travelers’ photos, said Christiane DerMarkar, technical officer at ICAO’s traveller identification programme who spoke at the symposium.

Draeger expects when biometrics are used by at least half of travelers “it’s possible to see significant benefits.”

This article was written by Allison Lampert from Reuters and was legally licensed through the Industry Dive Content Marketplace. Please direct all licensing questions to [email protected].