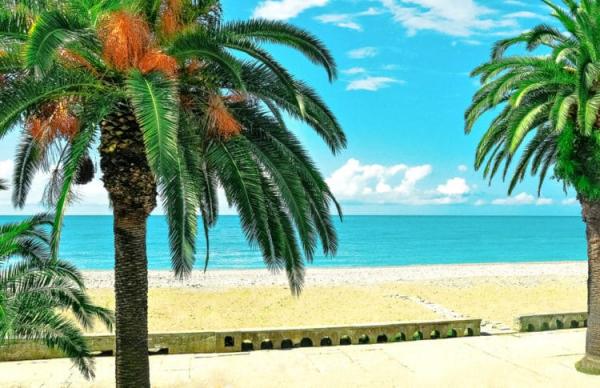 Abkhazia is a country of pure, virgin nature and picturesque mountain ranges. The sights of Gagra are wonderful and colorful places. Before you find out what to see in Gagra, we recommend that you gain a good supply of emotions, impressions and surprise from the beauty of the local nature.

What to see in Gagra first of all

First of all, visitors to the resort town will be offered to see unique places for entertainment. However, the unique sophistication of the local nature, no doubt, cannot be overlooked. 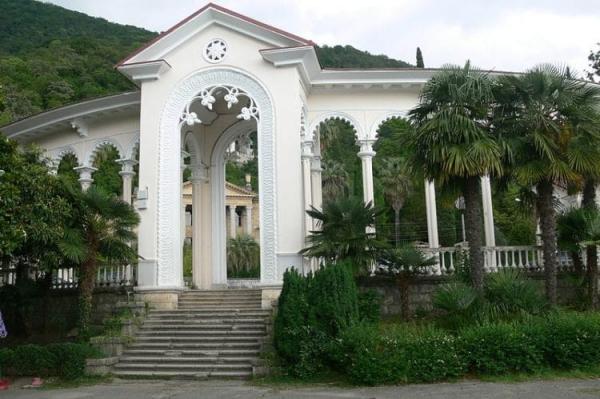 Fragment of Moorish-style Gagra colonnade in the center of Old Gagra user :DILIN

The best sights of Abkhazia, without a doubt, are in Gagra. The world-famous colonnade of the same name is an architectural structure of amazing beauty in the Moorish style. In the middle of the 20th century, when the country's economy was in limbo, the efforts of the authorities were directed not only to the restoration of the economy of the republic, but also to the construction of beautiful modern buildings. The Gagra colonnade is located on the square, which in the past was called the “Square of the Constitution of the USSR”. Visually, the colonnade is a geometrically precise structure and consists of several arcades. In turn, the arcades are interconnected by arches, which are components of several main snow-white towers. The beauty of this place was glorified in the Soviet film “Winter Evening in Gagra”, after the premiere of which the flow of tourists to this resort almost tripled. 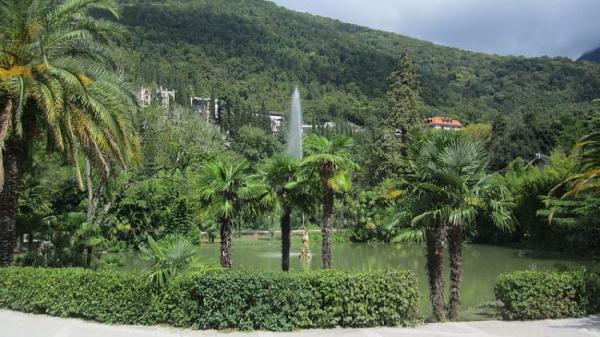 A trip to the resort town of Gagra should certainly begin with a visit to the local park. Seaside Park is a place where time has stopped. Here, nature enchants with all sorts of shades of green. Seaside Park was created at the beginning of the 20th century by the joint efforts of architects and masters of landscape design. Initially, the place was designed as an arboretum, so a huge number of rare plant species from all over the planet were brought here. The beauty of the park is complemented by exquisite lakes, which are interconnected by tiny, fast streams. 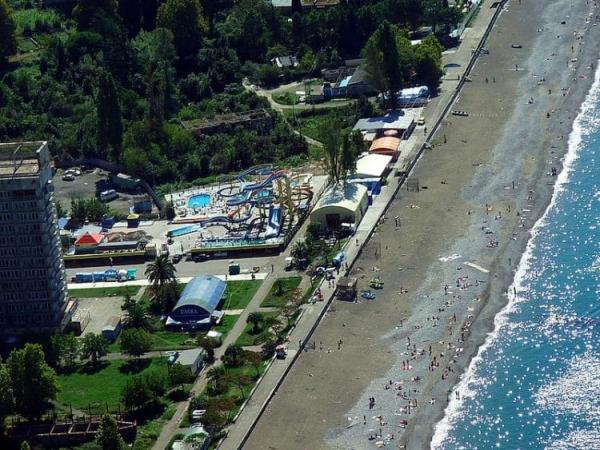 Entertainment attractions of Gagra as a tourist city are focused on water types of attractions. So, the water park of the resort town is located in the new part of the town overlooking the sea. There are a huge number of slides, among which the largest is the 101-meter Virage slide. There are also more than 8 swimming pools with sea and fresh water. 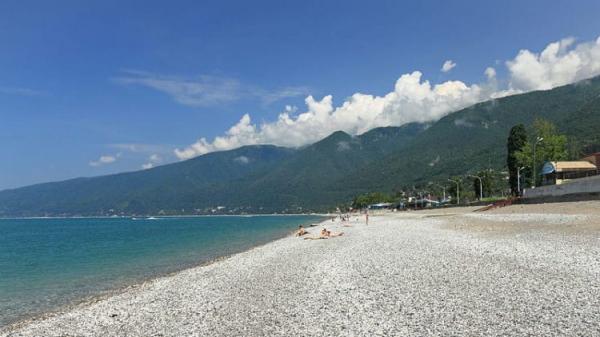 In Gagra, there are a huge number of places where you can effectively spend time. But the place that attracts everyone is the beach. In Gagra, the beach strip, several tens of meters long, is a sunny equipped beach. The amazing beauty of the waves of the Black Sea, as well as the picture of a sunset, will give guests an atmosphere of peace of mind and romance. 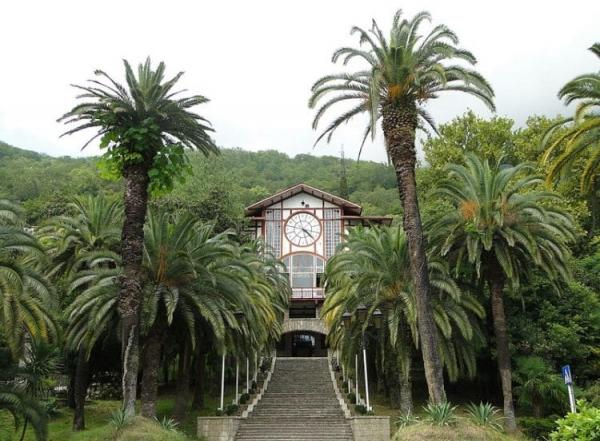 Skillful connoisseurs of the cultural heritage of Abkhazia should definitely visit the symbol of old Gagra – the Gagripsh Restaurant. A tourist who knows the history of this place will no doubt be delighted. Historically, the name of the restaurant comes from the name of the river that flows nearby. Surprisingly, no iron frame was involved in the construction of the restaurant. The opening of the building took place in 1903. During the existence of the restaurant “Gagripsh” it was visited by many famous people: Stalin, Nicholas II, Chaliapin, Chekhov, Gorky and others. 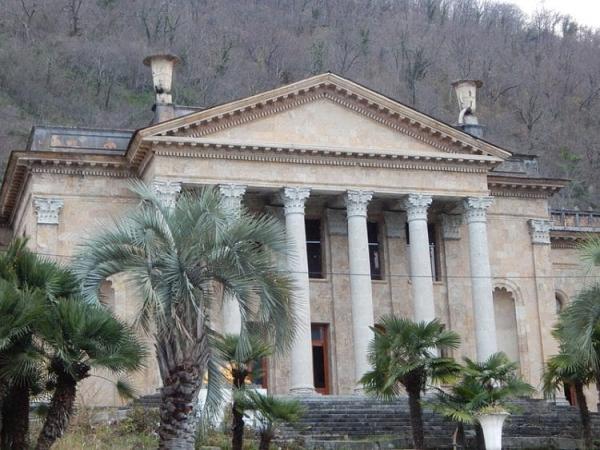 Interesting places in Gagra surprise with their beauty. For example, the cinema “Gagra” or the Winter Palace. The building is an amazing structure in the classical style. A chic colonnade supports the entrance portico, and the entire facade is decorated with decor, which gives the building a majestic look. Currently, the cinema building has been completely restored. The rating of this place goes off scale, because of the public interest in historical sites.

7. The building of the railway station

A trip to the resort town of Gagra is also possible by rail. So, direct trains from Moscow run in the direction of the resort town. At the end of 1943, the construction of the building of the railway station in Moscow was completed, as the number of freight traffic in the south direction increased. The building of the Gagra station station fully corresponds to the style of the Gagra resort. Graceful and unique columns give the building a refined appearance. Recommendations for the restoration and restoration of the railway station building have recently been adopted.

8. Castle of Prince of Oldenburg 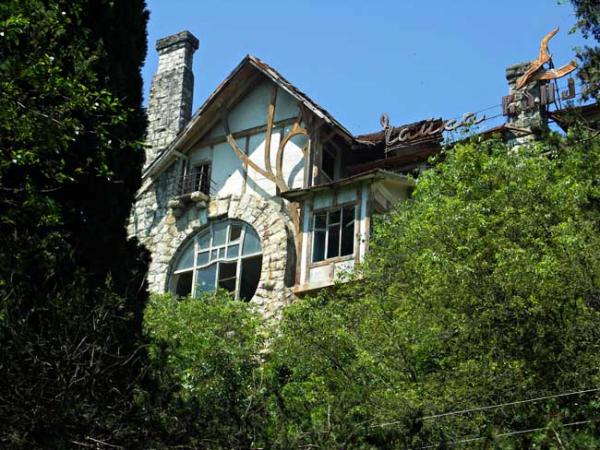 The main attractions of Gagra, briefly describing the historical life of these places, are unfortunately in disrepair these days. At the beginning of the 20th century, the castle of one of the most famous owners of these lands, Prince of Oldenburg, was built. Then, on his orders, a resort was established in Gagra, called the “Second Nice”. The display of that era is the elegant decorative elements of the external and internal interior of the castle. In Soviet times, there was a boarding house “Chaika”. Now the castle is closed to the public, due to the emergency state of the building. But it is still possible to visit the territory of the estate itself. 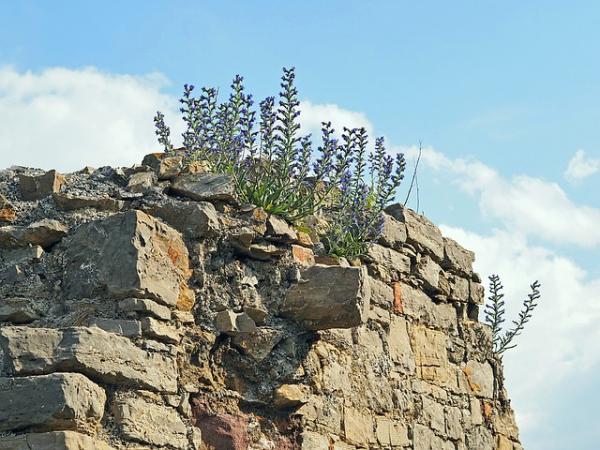 Remains of the fortress tower of the Gagra fortress

In case the question of what to see in Gagra in 1 day is still open, you should turn to the medieval past of the region and visit the Abaat complex. The castle, which served in the 5th century to protect against attacks by neighboring tribes, has been partially preserved to our time. Due to the destructive influence of the sea wave, one of the walls has almost not survived, however, other protective elements have all the same grandeur and beauty. 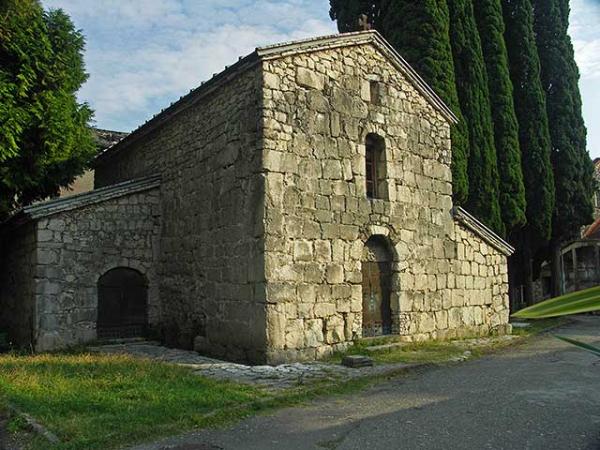 Church of the Intercession of the Blessed Mother of God or Church of St. Hypatius in the fortress of Abaata Dmitrij Yakovlev

The oldest sights of Abkhazia have distinctive characteristics. Thus, the Church of Abaata has a unique wall painting – the Bolnisi cross, which is a distinctive religious sign of Georgian culture. Today this church belongs to the Abkhazian Orthodox Church.

The Tsandripsh Basilica or Khashupse is another place of worship where you should go in Abkhazia in the first place. The monument is located near the sea and the mountain gorge. Historical data report that the construction of this attraction dates back to around the 6th century. Made of rough stone, the basilica has retained the main apse with a semi-vault. It is noteworthy that initially this architectural monument was built of wood, and only later a significant part of the vault was built of stone.

Seasoned travelers in their reviews recommend visiting the central market of Novaya Gagra. This place is distinguished by a huge assortment of household and grocery products.

Absolutely all excursions in Gagra are aimed at visiting Stalin's famous dacha. A small house, made in light green, took refuge in a cozy place near the Cold River. According to the architect, the building was used as a dacha by Stalin himself. The Generalisimus loved this place because of the amazing sea panorama, as well as ecologically clean and invigorating air. 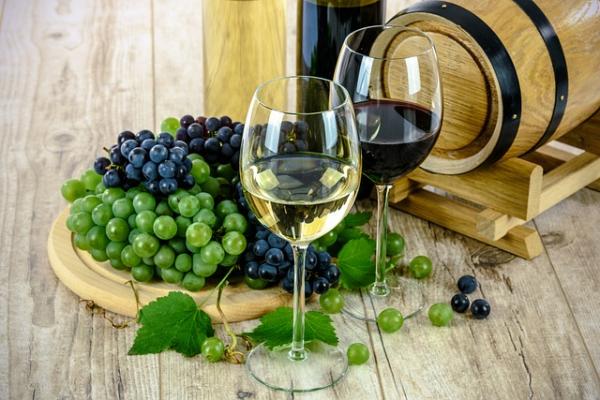 Guides in Gagra include a visit to the wine cellar of Prince Garaf in the excursion route around the city. Here, for tourists, the workers of the cellar hold a presentation and tasting of several types of Abkhazian wines of amazing quality and taste. 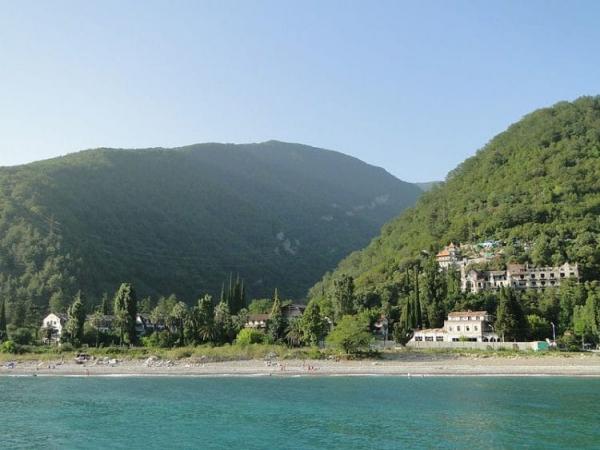 What to see in Gagra in the end? Of course, a natural monument is the gorge of 12 springs or the Zhoekvar gorge. A huge rocky gorge attracts guests of the city with its length. Mountain paths, turbulent murmur of fast streams create the atmosphere of this unique natural reserve.

Detailed characteristics of the resort, as well as the sights of Gagra, photos with names and descriptions are indicated above. However, the journey does not end there, as the endless beauty of the region offers many places to visit. 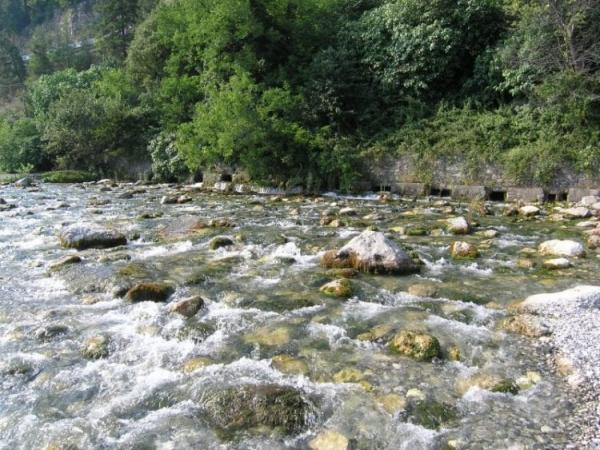 An overview of the mountain-river system of the region would be quite appropriate, since the Reprua River is a mountain karst stream that flows into the Black Sea. It is noteworthy that some statistics indicate that the Reprua River is currently the shortest river in the world. 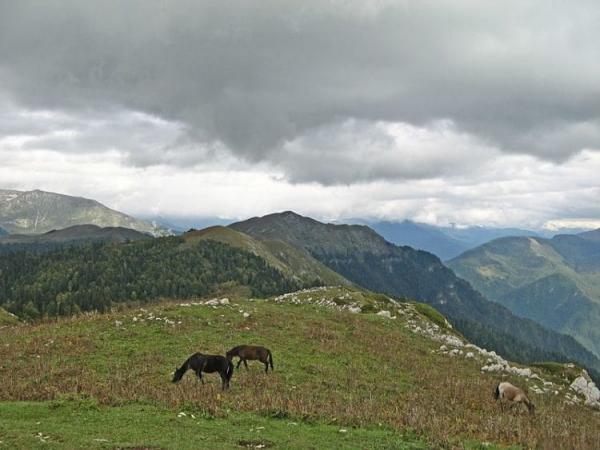 On top of Mount Mamdzyshkha Maxim Motov < p>The majestic natural “structure” made of stone rises 1800 meters above sea level. The mountain touches the ridge of the same name, which leads to the famous Blue Lake of Abkhazia.

Restaurants, public places and hotels in Gagra recommend visiting the famous Honey Yard. Due to the peculiarities of the region, the production of honey is a popular and profitable business. A visit to the Yard will give guests the opportunity to purchase and taste amazing, unique Abkhazian mountain honey. 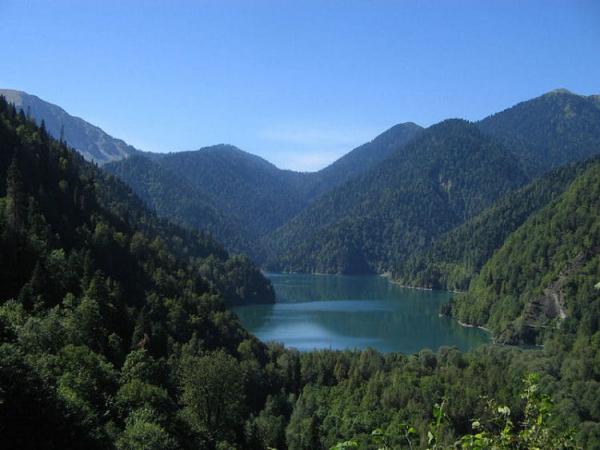 Lake Ritsa among the green mountain slopes of Lvov

Lake Ritsa is a place that can fascinate with its natural beauty and depth of water. Many hotel complexes, amazing mountain air, as well as local delicacies will allow tourists to find a sense of natural peace and enjoyment. 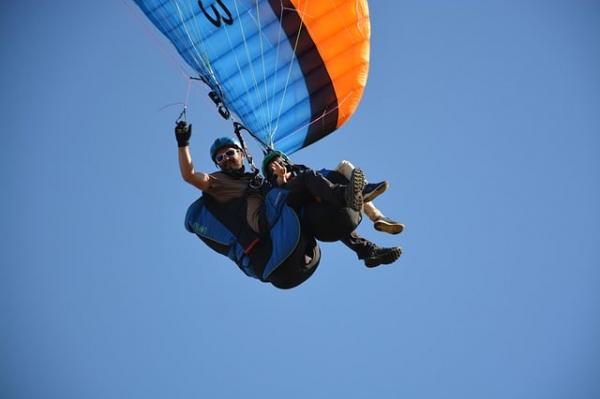 Connoisseurs of the extreme sport of paragliding will be truly delighted with the surrounding area: high mountain wind, blinding sun and breathtaking height.

Abkhazia is a land of contrasts and natural perfection: mountain ranges, sea waves and fresh, ozone-rich air. We hope that with our help you will be able to create an excellent excursion route for yourself. Read also about the sights of Pitsunda and get inspired for your further journey through Abkhazia. 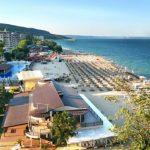 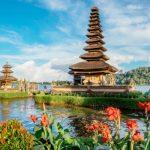