In the Central Park of Culture and Leisure. CM. Kirov on Elagin Island On January 23, the photo exhibition “Travel at home!” 2023/01/gornyj-kurort-roza-hutor-vpervye-predstavlen-na-fotovystavke-v-sankt-peterburge-b469243.jpg” alt=”Rosa Khutor mountain resort presented for the first time at a photo exhibition in St. Petersburg”/>

Rosa Khutor mountain resort presented for the first time at a photo exhibition in St. Petersburg

Rosa Khutor: Tale of the Black Sea Mountains» – for the first time in the Northern capital. The exposition prepared by the internal tourism portal TRIP2RUS.RU together with the Rosa Khutor resort is dedicated to the possibilities of winter recreation in the Sochi mountain cluster.

Rosa Khutor Resort – year-round world-class mountain resort, the largest Olympic venue of the XXII Olympic and XI Paralympic Winter Games 2014 in Sochi. In winter, ski slopes are at the service of vacationers. In summer, hiking and cycling routes along the picturesque mountain slopes are in active demand. About two million guests visit the resort every year. It is located in the mountainous Black Sea region, 40 minutes from the Sochi International Airport named after V.I. Sevastyanova.

Photo exhibition in TsPKiO im. CM. Kirov invites residents and guests of St. Petersburg to “set off” in the mountains of Sochi. At Rosa Khutor the largest ski area in Russia – 105 kilometers. There are trails of various difficulty levels — green, blue, red, black and two snowparks. Meet the dawn at the top of Rose Peak, ride a high-mountain swing or rodelbahn, be the first to step on the “velvet” – an unrolled track, to visit a large-scale music or sports festival? All these opportunities are offered by Rosa Khutor and invites you on an unforgettable journey! 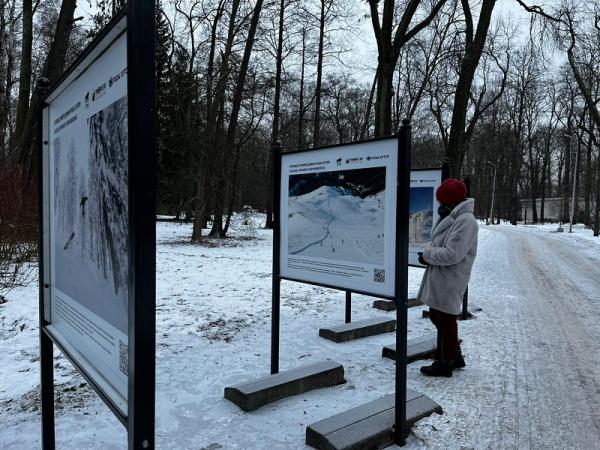 The resort is located in a unique region of the Black Sea Mountains, and visitors to the exhibition will be able to admire its winter beauty. This is a great opportunity to plan a future trip to the mountains of Sochi and see everything with your own eyes.
Address: St. Petersburg, Elagin Island (TsPKiO named after S.M. Kirov), Middle Alley.

The exhibition will run until February 22nd. Free admission!