From risotto and paella to pilaf and pudding

There are tens of thousands of varieties of rice and hundreds of different varieties in the world dishes from this cereal. And if sticky rice is preferred in Japan, crumbly rice is more popular in India, and starchy types are suitable for traditional risotto and paella recipes. “Around the World” tells about 12 popular rice dishes.

Italians grow rice in the Po Valley and Delta. Risotto requires hard, starchy varieties such as arborio or carnaroli.

Traditional Valencian dish. Quick fried rice stewed with various ingredients: fish, seafood, chicken, rabbit. For cooking, it is recommended to use varieties of the “bomb” type, such rice absorbs moisture well and increases in volume when stewed.

When is World Paella Day celebrated? 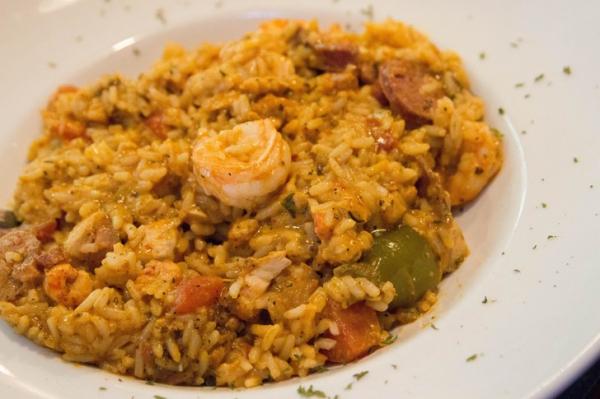 Rice is fried with onions, garlic and jalapeno peppers, stewed in chicken broth and tomato sauce. Rice was brought to Mexico in the 16th century, the most popular rice here is long-grain white rice.

Boiled rice, on which pasta, chickpeas and fried vegetables are laid out in layers. A very satisfying and easy dish to prepare. Egypt ranks 15th among rice producers, preferring Asian varieties over African red rice.

Stewed rice, pre-fried with vegetables and spices. Served with chicken or fish. Popular in West African countries. Traditionally, local African rice from the Niger Basin was used to prepare the dish, but in the last 20 years, Asian varieties have been grown here.

Depending on the region, there are two types: rice for pilaf is either boiled separately or cooked together with fried meat and vegetables. The first type is common in Iran, Turkey and Azerbaijan. For him, white rice is most often used. The second type is typical for Uzbekistan, Tajikistan, Kazakhstan.

Steamed rice cakes are served for breakfast with chutneys, traditional vegetable or fruit sauces. According to statistics from the International Rice Research Institute, most Indians prefer long-grain white basmati rice.

Prepared from rice flour and water in several versions: thin and wide, fresh and dried. Some types of noodles do not require long-term cooking: they are simply poured with boiling water for a short time before use. Noodles are a universal base, any sauces, meat, fish and vegetables are suitable for it.

Cold rice cake is a traditional New Year's dish. Cooking takes a couple of days, it includes several stages of 8-10 hours each. Ready rice with pork is wrapped in a banana leaf. Banthyung is made from white long-grain rice.

Raw rice mixed with milk, cream, sugar and spices is baked in an oven at a low temperature for several hours. The pudding is made using round starchy rice, similar to that used for risotto in Italy.

For their preparation, glutinous rice is steamed, kneaded with a wooden pestle, and round or square cakes are formed from the resulting mass. The Japanese prefer to use short-grain rice, they especially appreciate the moist and soft from the new crop – shimmai, it does not require a lot of water when cooking.

Material published in the magazine “Around the World” No. , partially updated in January 2023