Since March 31, in the museum-estate “Ostafyevo” & ndash; “Russian Parnassus” the exhibition project “Ostafyevo and Ostafyevo residents: people, events, memory” begins its work; about the history of the ancient village of Ostafieva, known from documents from the 17th century. The village became famous thanks to the famous estate of the Vyazemsky-Sheremetevs, which gathered in its hospitable walls the whole color of Russian culture of the XIX – beginning of XX centuries. Alexander Pushkin, Vasily Zhukovsky, Ivan Dmitriev, Denis Davydov, Nikolai Gogol were Ostafiev's guests. Nikolai Mikhailovich Karamzin lived in the estate for 12 years and wrote his main work here – "History of the Russian State".

The exhibition includes several sections about the history of the village and the estate, the Church of the Life-Giving Trinity, the Ostafyevskaya school, Ostafyev during the war years, and about two directors of the museum-estate — Valery Ivanovich Dotsenko and Anatoly Semenovich Korshikov. Also at the exhibition it will be possible to learn about the modern life of the village, including the creation of the Cultural Center. The exhibition will feature historical and archival photographic documents, pictorial watercolors and etchings by an Ostafyevo resident, a member of the Moscow Union of Architects, the Moscow Union of Artists, the Union of Artists of Russia, teacher, architect and artist Leonid Nikolaevich Zorin. 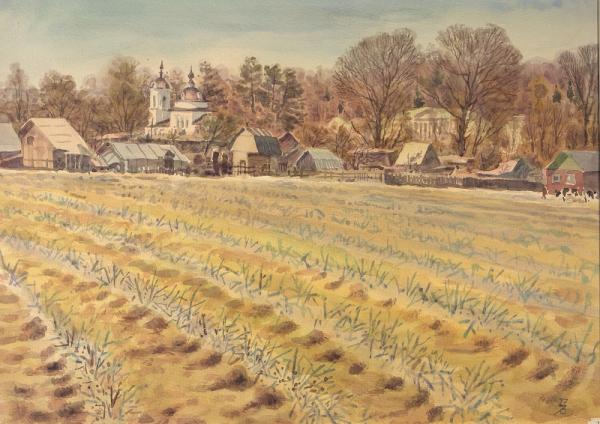 The exhibition is dedicated to the 230th anniversary of the founding of the Ostafyevo estate and is designed to arouse interest in the history of the native land and the fate of its inhabitants.