During the decades of development of peaceful and military nuclear technologies, many tourist sites related to this area have appeared in the world

Someone goes on a trip to see a concert of their favorite band, someone cannot live without ancient ruins, and others have no idea how to come to a new city and don't go to the local museum or art gallery. There are those who are engaged in nuclear tourism. We tell you what it is and where to go if you are interested.

Although the bright image of the peaceful atom has somewhat darkened in recent decades (and the non-peaceful atom has never been bright) & nbsp; – suffice it to recall Chernobyl and Fukushima, & nbsp; – there are many people in the world who consider the development of atomic energy one of the main scientific achievements humanity, along with, for example, flights into space.

And if so, then there are those who are interested in the history of the development of science and technology in their application to atomic energy and visit various objects and places, one way or another connected with them. Which is not surprising. People go to auto and aviation museums or, for example, to art galleries, inspect the houses and apartments of celebrities. And why is the first nuclear power plant or, for example, the birthplace of an atomic bomb worse? “Nothing,” & nbsp; – lovers of atomic (or nuclear) tourism are sure. Where do they go?

Why does a nuclear explosion look like a mushroom?

One of the main symbols of the taming of the atom is the nuclear reactor. The first one was built and launched for purely scientific purposes in Chicago in 1942 under the direction of Enrico Fermi, we are talking about the so-called “Chicago woodpile”. Today, only a few graphite elements remain in various museums in the United States and Henry Moore's sculpture “Nuclear Energy” on the site where it was erected. 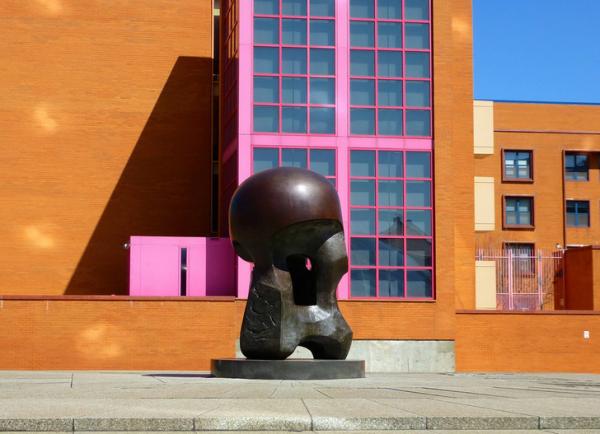 Already the first tests of atomic bombs (including the bombing of Japan) showed that even if you were not lucky enough to be close to the epicenter of a nuclear explosion, you can survive if you hide underground (see, for example, the story of Eizo Nomura, who survived the bombing of Hiroshima, being in basement of a building 170 meters from the epicenter of the explosion), and the deeper the better.

In a sense, the practical implementation of this idea was the Moscow Metro, whose stations until recently were built as bomb shelters capable of surviving an atomic bomb explosion (pay attention, for example, to the hermetic seals at the entrance to many stations). In addition to metro stations, in the same Moscow there are special facilities. For example, the Museum of the Cold War on Taganka, located at a depth of more than 60 meters in a bunker with a total area of ​​more than 7,000 square meters. m.

The bunker began to be designed in 1945 for the top leadership of the USSR, and was built in 1950–1956. and was eventually given over to the command post of the headquarters of long-range aviation, and in 2006 it was turned into a museum, restaurant and venue for events.

The Manhattan Project and other military installations

Those who are interested specifically in the military component of the relationship between man and the atom cannot avoid a trip to the United States. After all, it was here that both the first reactor and the first atomic bomb were built as part of the nuclear weapons development project. , one way or another connected with the work on the atomic project, and dedicate expositions in museums to this. So, in 2015, Manhattan Project National Historical Park appeared there – a historical national park dedicated to the Manhattan Project.

The park consists of three parts located in different parts of the USA – where the bulk of the work on the creation of the first atomic bomb was carried out, namely in Los Alamos, New Mexico, in Hanford, Washington (there, in particular, is located the first large-scale plutonium enrichment reactor in history, which is now out of operation), and in the already mentioned Oak Ridge, Tennessee.

All three places have very interesting expositions and guided tours. If you can’t visit all three, we recommend stopping at Los Alamos: in addition to the objects of the national park, there is the Bradbury Science Museum – the official museum of the Los Alamos Laboratory (named after the director of the laboratory, not a science fiction writer). Plus, the weather and views are better.

How many atomic explosions will lead to a nuclear winter?

< p>After visiting the American museums dedicated to the Manhattan Project, it is worth going to the Japanese city of Hiroshima, where the uranium “product” created as part of the American project was tested.

Expositions of local museums will show and tell those who are interested what happened in the city on August 6, 1945, when atomic weapons were used for the first (and penultimate) time during military operations. The symbol of those events are the ruins of the Hiroshima Chamber of Commerce and Industry Exhibition Center, also known as the Genbaku Dome. Today it is part of the complex of monuments and museums – Peace Memorial Park.

If you can see how it all began in places associated with the Manhattan Project, then in the Museum of Strategic Missile Forces, which near the Ukrainian settlement of Pobugskoe, it demonstrates what the nuclear confrontation between the USA and the USSR has come to.

The Soviet military base was turned into a museum – earlier on combat duty there were intercontinental missiles capable of destroying millions of people, a command post and other structures necessary for the life and service of Soviet missilemen: bunkers, launchers and much, much more.

Bomb City: from the history of the American nuclear city

The first atomic explosion in history, which was the result of nuclear tests bomb (called The Gadget, and the tests themselves were called Trinity) occurred less than a month before the bombing of Hiroshima, on July 16, 1945, at the Alamogordo test site in the state of New York. Mexico.

Today, this piece of desert and inhospitable terrain (about 20 thousand hectares) has become a US national monument. Tourists are waiting for a number of buildings, the remains of bunkers and a 3.7-meter stone pyramid at the site of the epicenter of the explosion. However, it is difficult to get here: the landfill is open to tourists only two days a year —April 1 and October 1.

The first Soviet atomic bomb RDS-1, or “product 501”, appeared four years later and was detonated on August 29, 1949 , also in a remote desert area – at the Semipalatinsk test site in Kazakhstan.

Unlike the Alamogordo test site, which by 1965 was not only decommissioned, but also received the status of a national historical monument, the Semipalatinsk test site remained the site of nuclear tests until 1989; in total, more than 460 explosions were carried out there, including underground ones. The result of funnels, the Atomic Lake formed at the site of one of the explosions, and uneven but persistent contamination.

Excursion tours to the site, including, among other things, a museum in the nearby scientific town of Kurchatov, are held much more often than twice a year. However, in many parts of the test site, the radiation level is still much higher than safe, so tourists should unquestioningly follow the instructions of the guides regarding safety rules.

If we mean visiting objects officially defined as museums, then they do not pose any health hazard: everything that can emit background radiation has long been removed from such objects (and you don’t think that museums will poison visitors, among whom there are many children ?). If we talk about less official places and territories exposed to radiation and releases of radioactive materials (as a result of accidents or tests), then everything depends on the thoroughness of compliance with the rules and safety measures.

So, if when visiting a former nuclear test site, guides strongly advise you not to leave a certain route, pick up any objects from the ground (for example, caked and glazed soil particles), pick flowers, take off your respirator, and so on, then it’s better not to do this. If you decide to go on an unofficial tour to the restricted area (stalker-style), then no one will give you any guarantees, and the danger can be great.

Reactor infographic: which countries are leading in the field of nuclear power

Places where something went wrong

The largest and well-known case of an emergency at a nuclear facility to this day remains the disaster at the Chernobyl nuclear power plant, and the abandoned city of Pripyat was a must-see for fans of post-apocalyptic, stalking and other entertainment of this kind.

However, the emergency scenario&nbsp ; is not the only one that satisfies the definition of “something went wrong”. Here is an example: in Tokyo, in a park by the sea, in a special pavilion, there is a small wooden fishing boat “Lucky Dragon No. 5” (Daigo Fukuryu Maru) is a memorial to accidental victims of the development of atomic weapons.

The crew of the ship suffered from tests of the American hydrogen bomb on Bikini Atoll on March 1, 1954. Having set off to fish for tuna, the sailors found themselves in a test zone 170 km from the atoll – they were hit by radioactive fallout in the form of flakes and dust, which the corals of the atoll turned into as a result of the explosion. 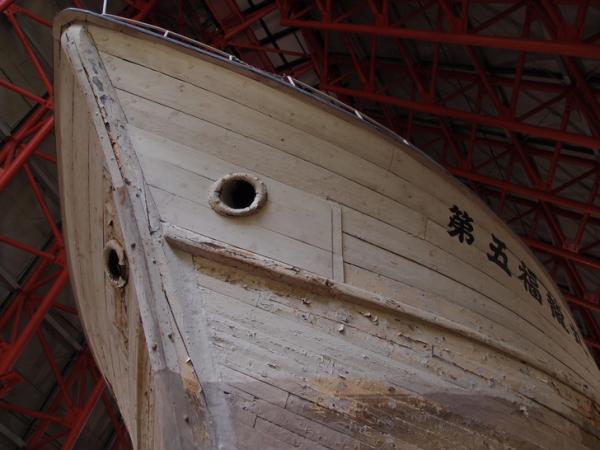 However, failures in the field of mastering the atom were not always tragic. An example is the Nuclear Military Enterprise No. 816 in China near the city of Fuling. This is a huge underground complex of tunnels and man-made caves, intended to house a plant for the production of nuclear weapons. Since 1966, more than 60,000 Chinese military personnel have been cutting 20 kilometers of tunnels, 13 floors and 18 caves for 17 years, the largest of which has a height (or depth) of 79.6 meters, which is approximately the same as a 20-story building.

And in 1984, the project was frozen, and never put into operation: times have changed, and the need for an underground megafactory has disappeared. The object was opened for tourists in 2010, it is called the largest underground structure in the world.