Polenta has saved Italians from starvation for centuries. Even those who did not have enough money for bread could afford a bowl of cereal porridge

The history of polenta is calculated not for centuries, but for millennia. Scientists have found that people began to eat cereal cereals much earlier than they learned to bake bread. Traces of polenta cooking were found in Sardinia, they are attributed to the 2nd millennium BC, the period of the Nuraghe civilization.

In ancient Rome, the last poor man could afford barley porridge, and wheat bread was the privilege of the wealthy strata of society. From this porridge, which the Romans called pulse, originates from polenta: the word pollen in Latin meant ground grain. Each Roman legionnaire took a bag of barley flour with him on a campaign in order to cook a simple dish in a cauldron at a halt – porridge on the water. Depending on the situation, beans or fish could be added to it. 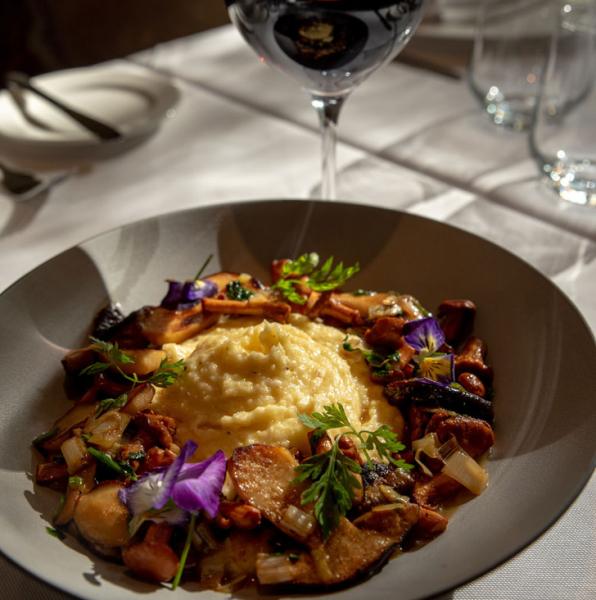 Over time, the rules for preparing polenta developed, for cooking they used a copper cauldron, in which the flour was continuously stirred with a wooden stick so that it did not burn and did not clump. If the polenta turned out thick, it was laid out on a damp wooden board, allowed to cool and cut into slices like bread. They were eaten with sauce or fried in butter like croutons. Liquid polenta was used as a side dish, supplemented with vegetables, sausages or fish. For satiety, milk, butter, fatty cheese were added to polenta gras.

Porridge was prepared not only from barley or millet, but also from chestnut flour. However, the finest hour of this dish came after corn was brought to Italy from the New World. For the first time, Venetian merchants got acquainted with American cereal culture in the first half of the 16th century. According to the testimony of the Venetian geographer and historian Giovanni Battista Ramusio, corn began to be grown in the fields of Veneto after 1550. From here maize spread to Friuli and then to Bergamo. In Milan, a market for the sale of corn was opened in 1649. Italians living in the mountainous regions of northern Italy really appreciated the unpretentious plant when grown. They began to prepare polenta from cornmeal and introduced it to the rest of Italy. 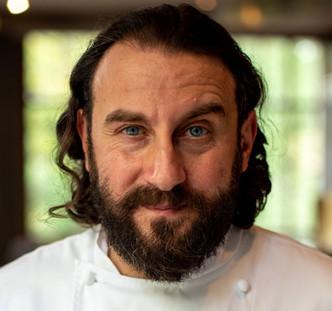 Native of Aosta (Valle d'Aosta region), brand- the chef of the Aist restaurant (in 2020. – Note by Vokrugsveta.ru) talks about the importance of grinding polenta

What is the main thing in polenta?< /strong>

Of course, cornmeal. Her grind matters. In the highlands where I come from, bramata polenta is common. Yellow, coarsely ground, crushed with stone millstones. Coarse in texture, it goes well as a side dish with meat and carbs baked in wine with juniper berries. On the coast, finely ground fioretto polenta is more often prepared. It goes well with fish and seafood. It is better to cook corn grits in a copper bowl – so it cooks evenly and burns less.

Who taught you how to cook polenta?

My father. He made polenta as a side dish for meat, or seasoned it with fontina cheese (semi-hard cheese made from cow's milk). As a child, I loved to scrape off the remains of polenta from the sides of the pan, dried it and ate it like chips. Polenta must be prepared carefully. If hot grains accidentally get on the skin when you stir the porridge intensively, the burn will be severe and painful.

How often do Italians eat this dish?

Previously, especially in the north, polenta was cooked quite often – it's a dish of the poor. My grandmother told me that they ate polenta during the war, and since there was nothing to fill it with, they added anchovies for taste. But now, due to the fact that polenta takes a long time to cook (at least two hours), you can try it more often in a restaurant than at a party.

Breakfast of the Incas: the history and recipe of the traditional Peruvian tamales

The recipes for this dish are as diverse as the regions of the country. In Trieste, polenta is served with sausages, scrambled eggs, stew and boiled plums. In Puglia, boiled vegetables such as chicory are added to bean polenta. In Trentino, it is customary to cook potato polenta. For her, mashed potatoes cooked on water mixed with buckwheat flour are used. Pieces of local salami, cheese or fried onions are added to it.

In another version, buckwheat flour is mixed with corn flour to make porridge, and then rammed polenta is obtained. In Lazio, polenta is served with tomato sauce, pork ribs and sausages, generously flavored with grated pecorino cheese. In Veneto, white polenta with seafood is prepared from the Perla Bianca corn variety, and in Venice they will definitely offer to try this dish with cuttlefish.

Connoisseurs of polenta recommend that you definitely try it in the Italian Alps, cooked on a live fire, which has absorbed the aroma firewood. After a walk in the fresh air in a light frost or active sports, there is nothing better than this hearty warming dish.

Polenta with porcini mushrooms and chanterelles

1. Put garlic in boiling water for a couple of minutes and then remove. Add butter, add salt to the water and pour in the cereal, mix well with a whisk. Reduce the fire to a minimum. Cook for 2 hours, stirring constantly. Add hot water if the porridge gets too thick.

2. In the process of cooking, when the cereal begins to thicken, add milk. When ready, add fontino cheese, cut into small cubes, and butter.

3. Fry crushed garlic in well-heated olive oil. We clean the porcini mushrooms and cut them into large slices, cut the large chanterelles in half, leave the small ones as they are. Saute mushrooms with garlic and thin leek rings. Salt, pepper and add a little butter.

4. Add dry white wine, evaporate. Then add vegetable broth. If the mushrooms are soft, then you can add less broth, since the mushrooms themselves will still give juice. And at the end, add greens to the mushrooms – parsley and onions. When serving, put polenta in the center of the plate, around it – mushrooms in sauce.