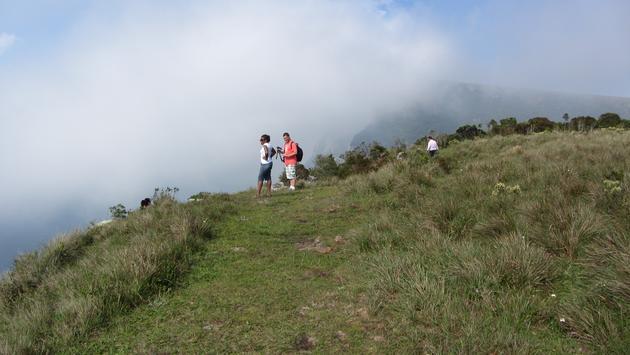 Brazil’s diverse regions will be in focus this summer. (Photo by Brian Major)

Brazil’s multitude of distinctive regions and visitor attractions will be in focus as Embratur, the South America’s national agency for the promotion of international tourism, launches a series of in-person travel advisor presentations across North America beginning June 21.

The travel advisor events are designed to “promote Brazilian tourist products and destinations and generate new business for the travel sector,” according to Embratur officials.

The first advisor presentation is scheduled to take place June 21 in Toronto, Canada, where the event is slated to host local and regional tourism operators, travel advisors and travel association officials.

Embratur’s roadshow events will continue in Chicago on June 22, in New York on June 23, in Miami on June 28 and will end in Los Angeles on June 30. Embratur will also host U.S.-based journalists and digital influencers on travel highlighting the Pantanal and Bonito regions at end of June, officials said.

Brazil has rebounded strongly from the pandemic-imposed travel restrictions of the last two years. Embratur reports the country hosted more than one million visitors during the first four months of 2022, a 60 percent increase compared with the number of international visitors the South American nation hosted in all of 2021.

Brazil hosted 2.1 million international visitors in 2020, a 66 percent decline compared with 2019 arrival figures. In addition to the travel advisor events, Embratur will host a group of journalists and influencers from the United States at the end of June. The group will be visiting the Pantanal and Bonito from June 27 to July 4.

The initiatives are part of Brazil’s “ongoing promotions in priority markets,” Embratur officials said, including the “Visit Brazil” advertising campaign, which generated a $5.7 million increase in bookings from U.S. travelers, they said.

For the latest insight on travel around the world, check out this interactive guide.

For the latest travel news, updates and deals, be sure to subscribe to the daily TravelPulse newsletter here.