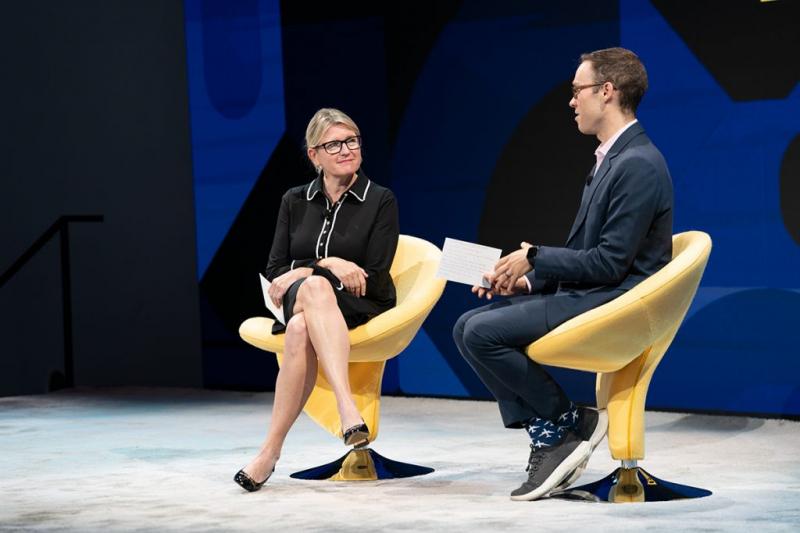 The airline’s planned takeover of Spirit will give it a bigger footprint in the U.S., but destinations including Africa are part of a bigger, bolder plan — one, however, that could take several years to materialize.

JetBlue plans to expand in Latin America and add new destinations in Africa following its $3.8 billion takeover of Spirit Airlines.

Joanna Geraghty, JetBlue’s president and chief operating officer, said while its planned acquisition would give it more scope to fly to the Midwest in the U.S. and several states it traditionally flies over, not into, there was scope to expand internationally.

Speaking at Skift Global Forum in New York City on Tuesday — the day JetBlue launched its long-awaited Boston-London Heathrow route — Geraghty said she wanted to leverage Spirit’s international network, a third of which includes the Caribbean.

More routes in and around Latin America were next, beyond Cancun in Mexico.

“There are destinations we’ve wanted to serve, but we haven’t had the aircraft to do that. We’ve had to prioritize. (The takeover) will absolutely accelerate our growth plan,” she told moderator Edward Russell, editor of Skift’s Airline Weekly.

There were also some parts of western Africa that its new Airbus XLR aircraft could make it to, she added. “It’s not on the radar right no, but I hope to see it happen some day.”

However, in the more immediate future is a date in court. On Sept. 26, a trial begins following the U.S. Justice Department’s bid to block the “Northeast Alliance” partnership between American Airlines and JetBlue Airways. It claims it would lead to higher fares in busy Northeastern airports.

JetBlue’s eventual victory, beating off rival Frontier Airlines to seal a deal with Spirit, is round two. A lot of lawyering waiting lies ahead, and JetBlue says it might be mid-2024 before it closes the Spirit deal.

“It’s been quite the journey,” Geraghty said. “It’s been challenging. We recognize it may take longer than usual.”

However, she’s confident that approval for the takeover will be given as the U.S. Department Justice would understand that “JetBlue just wants to compete” and be given a chance to go up against legacy carriers.

Overall, the combined carrier would have 125 destinations with Spirit, and Geraghty said it would also allow other airlines, such as Breeze and Frontier, to grow as it would divest some of its slots at New York and other parts of the U.S.

Meanwhile, Geraghty said JetBlue was working towards becoming a Net Zero company by 2040, with electric planes very much part of the equation.

However, in the shorter term it would focus on carbon offsets and sustainable aviation fuel (SAF), and aimed to move to science based measures.

“We have a program with corporate clients so they can buy SAF certificates, enabling us to buy more SAF,” she said. “But we do need help though states and the federal government to encourage further supply.”

EVTOLs (or electric vertical take-off and landing vehicles, were also a possibility by end of decade. “Some technologies are a little bit away,” she said.