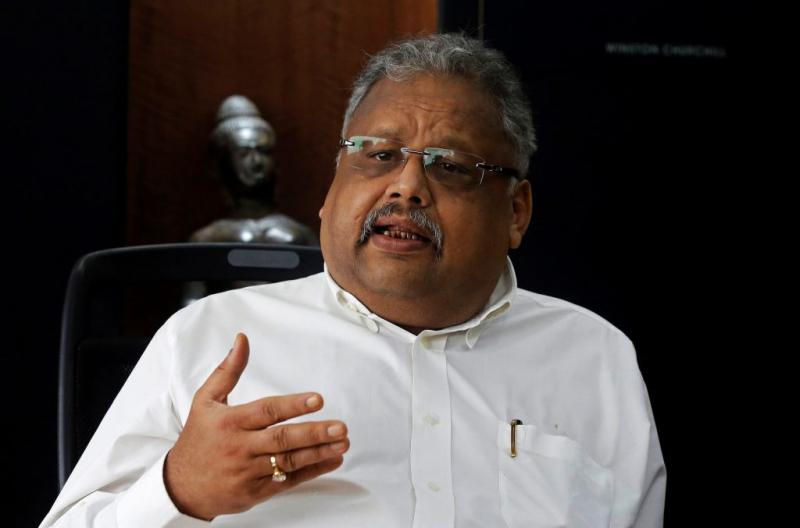 India has lost a legendary, bold risk-taker in Rakesh Jhunjhunwala whose latest entrepreneurial hunch was starting an airline in an already crowded market.

India’s best-known stock investor Rakesh Jhunjhunwala, dubbed the country’s Warren Buffett, died on Sunday, prompting an outpouring of tributes for a self-made billionaire whose fortunes rose with the country’s economy.

Jhunjhunwala died at the age of 62, a week after the launch of his budget airline, Akasa Air. He had looked and sounded frail promoting the carrier. The cause of his death was not immediately known.

He is survived by his wife, whom he used to call his only client, and three children. He leaves stakes in around three dozen Indian companies and a legacy of quoting one-liners like “the trend is your friend” and “the only rule I have is there are no rules”.

“All I’ve known is trading and investing. I don’t want to do anything else in life,” Jhunjhunwala told Reuters 10 years ago. “I’ll call it quits the day I die.”

On Monday, he told CNBC-TV18 that India’s economy, Asia’s third-biggest, was “entering a golden age,” expressing hope that “my fellow Indians are as optimistic as I am.”

Jhunjhunwala was a big public supporter of Prime Minister Narendra Modi, who lauded him on Sunday as “indomitable, full of life, witty and insightful.”

Jhunjhunwala’s communication skills helped small investors understand the stock market, said businessmen and bankers based in India’s financial capital, Mumbai, who had interacted with him for over 30 years. His insights on the economy and companies made him a TV celebrity.

Born in the state of Rajasthan and trained in chartered accountancy, Jhunjhunwala started dabbling in stocks as a teenager and went on to manage a stock trading firm, RARE Enterprises. His net worth was about $6 billion, according to Forbes.

He made his first big profit by buying 5,000 shares in Tata Tea with borrowed money, confident the markets had under-estimated the potential of a company looking to grow at a time of rising yield production. He trebled his money within months.

Better, bigger investments followed, including a leveraged bet in the late 1980s on iron ore exporter Sesa Goa. Jhunjhunwala bought the stock at 60-65 rupees and sold at 2,200 rupees.

His firm’s investments include many Tata Group companies, such as Tata Motors, watchmaker Titan, Tata Communications and Indian Hotels Co, which runs the Taj hotels.

Jhunjhunwala had told Reuters the growth of the Indian stock market since the country’s economy was liberalised in 1991 – a period in which the main Sensex index has risen about 40-fold – was a big factor in his success.

“Investor, bold risk taker, masterly understanding of the stock market, clear in communication – a leader in his own right,” Finance Minister Nirmala Sitharaman wrote in a tribute on Twitter. “Had strong belief in India’s strength and capabilities.”

Kotak said on Twitter: “Amazingly sharp in understanding financial markets. We spoke regularly, more so during COVID. Will miss you Rakesh!”

(Reporting by Rupam Jain and M. Sriram in Mumbai, and Mrinmay Dey in Bengaluru; Editing by Jacqueline Wong and William Mallard)

This article was written by Rupam Jain and M. Sriram from Reuters and was legally licensed through the Industry Dive Content Marketplace. Please direct all licensing questions to [email protected].