Do you remember the name of the highest mountain in the country and which sea contains the least salt?

In anticipation of the next Geographical Dictation of the Russian Geographical Society, which will be held from October 30 to November 10 in 2022, “Around the World” offers to brush up on a few facts about Russian natural and man-made attractions.

The highest mountain in Russia

Elbrus has not one, but two peaks. The height of the first & nbsp; is 5642 m, the second is 21 m lower. In good weather, two seas are visible from Elbrus: the Black and the Caspian. The volcano formed about 200 thousand years, then activating, then subsiding for 50 thousand years. This is a dormant volcano that last woke up 1000 years ago. Now there are 23 glaciers on its slopes, two Republics of San Marino could fit on their total area.

Who was the first to set the height of Elbrus?

The freshest sea in Russia

It is desalinated by 250 flowing rivers. One kilogram of this sea water contains one teaspoon of salt. In the water of the most salty sea of ​​the Earth, the Red Sea, there are almost 6 teaspoons of salt per kilogram.

The fragile coast: how people are sea ​​baltic coast

The longest road not only in Russia, but also in the world. Its length is 9288.2 km. Travel time from the starting station in Moscow to the final destination in Vladivostok is approximately 7 days. For the entire trip, passengers cross 8 time zones. The Trans-Siberian Railway was opened in 1916.

The Iron River of Siberia: how the Trans-Siberian Railway changed Russia

The most powerful waterfall in terms of water discharge in Russia

The power of the waterfall reaches 700 m³/s (the figure depends on many factors: precipitation, the thickness of the snow cover, the intensity of its melting, etc.). During flood periods, the volume can increase up to 1000 m³/s.

Waterfalls, mountains and lakes with clear water: 10 places in Altai not to be missed

Sayan-Shushenskaya HPP on the Yenisei< /h3>

Its installed capacity is 6400 MW, the average annual electricity generation is 23,500 million kWh. The height of the high-pressure dam is 242 meters (about the same as four 20-storey buildings), the length is 1074.4 m. The construction of the dam took 9.1 million m³ of concrete.

A breakthrough can lead to disaster: 13 amazing dams

It is also the most active volcano in Eurasia. It was formed on the Kamchatka Peninsula only about 7000 years ago. The diameter of the base of Klyuchevskoy is almost 15 km. With strong explosions, lava is ejected to a height of up to 1.5 km, and gas clouds – up to 20 km. This is one of the most active volcanoes in the world: the giant wakes up once every two or three years, “unloads” the bowels, which reduces the likelihood of a strong eruption.

” In science, to make a mistake is to gain knowledge”: 11 questions for a volcanologist

The largest lake in Russia by volume of fresh water 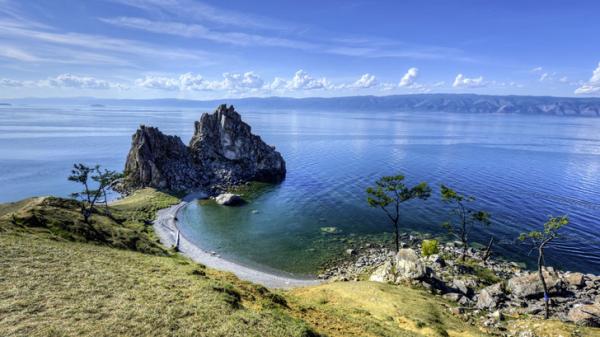 The maximum depth of this largest lake both in Russia and in the world is 1642 m. would still not peek out above the surface of the water.