I decided to conduct an experiment and show Soviet cinema to my German friends, using the example of such masterpieces as: "Ivan Vasilyevich , Diamond Arm, Dog Heart."

By the way, I did not choose the films myself, I granted this right to my German friends, who I knew from my previous visits to Germany. I sent them a list of the 20 most popular Soviet films for them to choose three of their own.

Sean and Christian, who are familiar to my subscribers from previous articles, have chosen: Ivan Vasilievich, Diamond Arm, Heart of a Dog.

Watched together, despite the distance, via group video link, last week we mastered all three films with them!

I will not write detailed reviews for each movie, I think everyone has not seen these films, today I will only talk about the reaction of my German friends to these films and about their verdict!

It turned out to be Heart of a Dog, and it seems to me that the Germans didn't understand it. The film seemed to them gloomy and creepy at times, and the black-and-white shooting only enhanced this effect, as a result, both were not satisfied with the film.

By the way, they watched in English translation, yes, who would have thought, but our films were translated! The way the translation is amateurish, but I can say that it is quite good!

Go to the second line of our mini-top!

Ivan Vasilyevich is changing his profession! Generally speaking, they liked the film, although walking seemed hackneyed, but they admitted that they watched it at the time when it was shot, there would not have been such an effect.

However, in our time there are already a whole bunch of films on the same subject, against which Ivan Vasilyevich seems to the younger generation an outdated parody of the same "back to the future".

I was surprised, but it was the “Diamond Hand” the Germans liked it the most, firstly, they noted a fresh idea even for our time, and secondly, the film came to them as a comedy, they really laughed out loud (special respect to the one who translated the film).

And the best part is, this is the verdict! Quote:

And you can't argue with that, in general, I must say that many Soviet films were revolutionary at one time, but alas, politics did not allow them to open up on the world stage.

By the way, according to our agreement, now I have to watch 2-3 little-known German films, I will definitely write about it, but something then it tells me that it will be another cinematic!

Write in the comments what you think about it! Bye everyone! 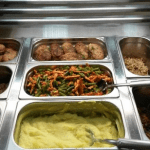 I show what children are fed in German schools. Attached is a photo of the school lunch. 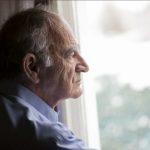 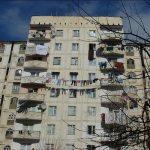