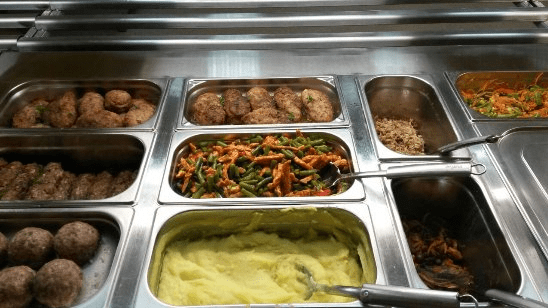 Recently encountered this phenomenon like food in German schools, to be honest – the menu surprised me so much that I decided to share it with my readers and subscribers.

I'll start with a small digression, about a year ago we already discussed nutrition in American schools, where all expectations were met, there really is a lot of fast food on the menu. Burgers, hot dogs, sandwiches, all of this on the menu of American school canteens is in abundance, although there is still a variety.

Back to waiting, before I personally encountered the topic of German school lunches, I often saw pictures on the Internet with some kind of caption like “this is how lunches look in European schools, compare ours”, the pictures usually had a sumptuous lunch, and I thought, they live there, even a school lunch is like in a restaurant!

Something like that was usually in the picture. However, the reality turned out to be a little different, let's start with the fact that there are no such trays-plates in German schools, but they are definitely used in the USA (by schools and prisons).

In German schools, at least in the majority, everything is served in ordinary, ceramic plates, just like in our canteens, here. 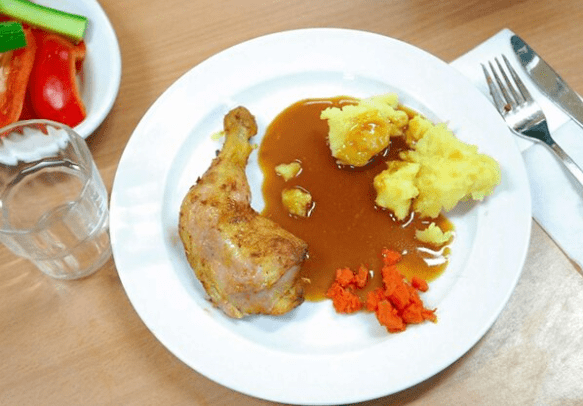 Well, as you can see – the most common food, chicken and mashed potatoes, not plus some vegetables, but it is only a dish, below is a photo of a full meal. 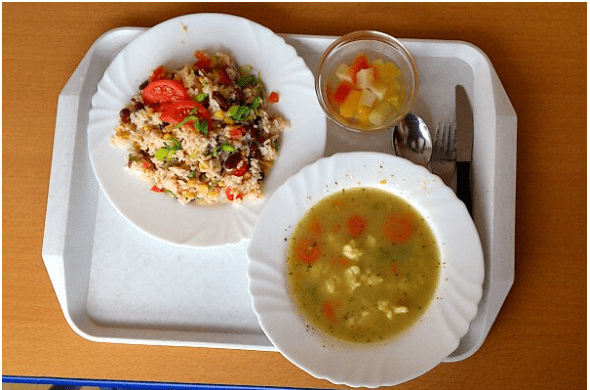 Yes, perhaps this is the only difference from our lunches – parents can choose which lunch the child will eat, classic or vegetarian, so the fact that in Germany lunch is selected for each child is just a myth, the only choice is a classic or a vegan menu.

This is already a classic meat-eater menu, nothing really special, first, second, salad, drink, just like ours.

Well how are you? Write what you think in the comments!