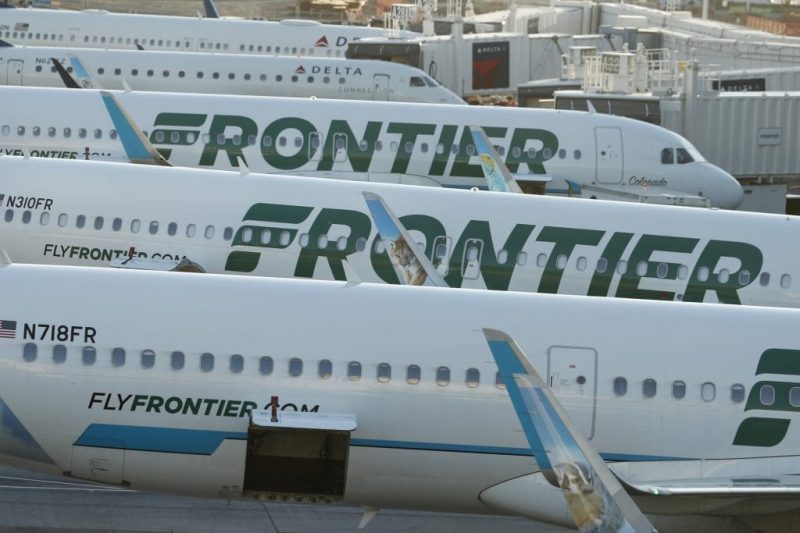 JetBlue’s surprise bid for Spirit could derail Frontier’s deal with the discounter. Losing a tie-up with Spirt may sound like bad news for Frontier, but here’s why it will still be a win.

JetBlue Airways surprised the airline industry when it unveiled a $3.6 billion proposal to acquire Spirit Airlines on April 5, potentially upsetting Frontier Airlines planned merger with Spirit. But upset or not, Frontier stands to gain no matter what the outcome of who Spirit ends up with.

First, the numbers: JetBlue is offering $33 per share in cash for Spirit, or a nearly 28 percent premium over Frontier’s offer with an implied value of $25.83 per share — $2.13 in cash plus 1.9126 Frontier shares — based on closing prices the day before it made its February 7 offer. Frontier’s offer is valued at $2.9 billion.

A JetBlue-Spirit combination would create a fifth-largest U.S. carrier in a transaction that Wall Street analysts said caught them “off guard.” The surprise stems from the fact that a JetBlue-Spirit merger is not as obvious on its face as a Frontier-Spirit combination for a number of reasons, including opposing business models, network concentration, and costs — not to mention potentially raising antitrust red flags in Washington, D.C.

“This bid seems to be an attempt to derail the Frontier-Spirit merger, which would affect market positions and yields for JetBlue, especially on its leisure routes like Florida,” said Saikat Chaudhuri, a director at the University of California, Berkeley’s Haas School of Business and College of Engineering. He added that the proposed deal would be “extremely challenging” to execute given JetBlue and Spirit’s “radically different business models [and] positioning in the market.”

Asked whether the Frontier-Spirit deal prompted JetBlue’s offer, CEO Robin Hayes said it accelerated a process already underway at the New York-based airline. “Once the Spirit-Frontier deal was announced, it creates a window of opportunity if you don’t act it’s gone,” he told analysts and the media on April 6.

Hayes described the proposed transaction as “bold and ambitious.” As he sees it, the deal is necessary to counter the domination of the Big 4 U.S. carriers — American Airlines, Delta Air Lines, Southwest Airlines, and United Airlines — that control roughly 80 percent of the market.

“The reality is, if we want to create competition against these large Big 4 airlines, it’s going to require some pretty big, audacious moves,” Hayes said.

The combination of JetBlue and Spirit would create an airline with an 8 percent share of U.S. domestic travelers, versus a 7 percent share for Frontier and Spirit, according to Transportation Department data via Cirium. It would operate 455 aircraft plus orders for another 312 planes based on year-end 2021 numbers, serve more than 130 destinations, and generate combined revenues of roughly $11.9 billion. JetBlue forecasts $600-700 million in annual revenue synergies from the combination, fully realized within four years of the deal’s close.

The general thesis is that either the Frontier-Spirit deal happens and Frontier gets the merger it wants, or JetBlue-Spirit happens and Frontier, as Syth noted, gains from being the only larger deep discount carrier in the U.S. market. A third option, that neither deal happens, is considered a possibility but an unlikely outcome by most Wall Street analysts.

Still No Clarity on a Counterbid

Frontier CEO Barry Biffle, in a letter to staff on April 5, said the airline’s board of directors would evaluate JetBlue’s proposal and “determine the best course of action” for the carrier. He gave no indication one way or another if Frontier planned to counter.

Spirit, for its part, is considering JetBlue’s unsolicited bid. “Our board intends to engage in discussions with JetBlue with respect to their proposal. However, this does not mean our board has determined that JetBlue’s proposal is, in fact, superior to the one we previously agreed to with Frontier,” Spirit CEO Ted Christie told staff on April 7.

JetBlue is not often viewed as a pricing leader in the market but several sources confirmed that, where JetBlue competes head-to-head with one of its larger competitors, it often does set the lowest fares the market. Those fares are in turn matched by competitors. However, where there is low-cost competition, say from Frontier or Spirit, JetBlue matches those fares.

Whether the deal is approved remains an open question. JetBlue already is under regulatory scrutiny for its partnership with American, known as the “Northeast Alliance.” The U.S. Justice Department last year sued to block that partnership, arguing that it would reduce competition on the East Coast. Both American and JetBlue vowed to fight the suit, with then-American CEO Doug Parker saying bluntly: “We’ll win.”

“We recognize it will be a pretty lengthy regulatory process,” Hayes said. JetBlue finance chief Ursula Hurley added that the airline has contingencies in place in order to secure regulatory approval, including an as-yet undisclosed reverse break-up fee paid to Spirit if the Justice Department denies the deal.

Congressional Democrats also have signaled they have little appetite for further consolidation. Senator Elizabeth Warren (D-Mass.) and Representative Mondaire Jones (D-N.Y.) in March introduced legislation to beef up the Justice Department’s antitrust oversight and to allow the federal government to unwind mergers deemed anticompetitive. The lawmakers singled out the proposed Spirit-Frontier deal as an example of concentration in one industry going too far.

J.P. Morgan analyst Jamie Baker joked in a report that “at least JetBlue already has DOJ on speed dial.”

Asked whether JetBlue would drop its partnership with American in exchange for approval of the Spirit deal, Hayes said: “No. We see this as absolutely complementary to the” Northeast Alliance.

And while a Frontier-Spirit combination is generally expected to get through after some inspection, the larger JetBlue-Spirit deal, which includes more concentration in markets like Florida, is expected to face heightened scrutiny.

Many steps remain to a JetBlue-Spirit combination even reaching the Justice Department. Spirit’s board must back the deal and shareholders approve it, during which time Frontier backed by Indigo Partners will have the opportunity to make a counteroffer. And JetBlue could counter a Frontier counter, with Hayes saying their proposal is not a “take-it-or-leave-it offer.”

And then, if a JetBlue-Spirit merger happens, there’s the actual integration, which has tripped up countless airlines in the past. As Alaska Airlines Chief Financial Officer Shane Tackett, who held key roles at the carrier during its integration of Virgin America, put it in March: “Mergers are not for — they’re tough. They’re not for the faint of heart.”

This story first appeared in the April 11 edition of Airline Weekly. 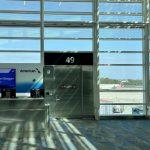 American Airlines AAdvantage Chief on the New Simplicity in Loyalty 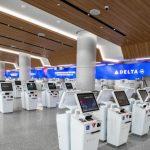 Delta Plans to Strike Off Mask Violators From No-Fly List 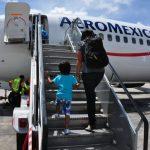