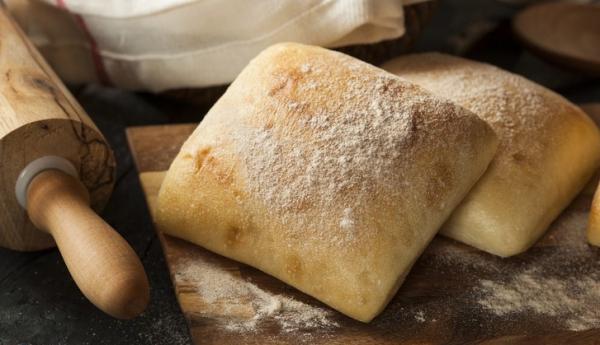 Hot flavored bread for many of us is still a way to quickly satisfy hunger and enjoy. Especially if it is baked at home, and not at the factory

Different peoples have been perfecting the methods of baking for thousands of years. They searched for the best way to knead the dough, selected water and flour, experimented with various additives: seeds and dried fruits.

French baker Richard Bertinet studied and collected different bread recipes for a long time, we give some of them.

Use special ciabatta flour or just a mixture of wheat bread flour and Italian type 00 flour (from soft varieties of wheat) – in equal parts.

The dough rises longer, resulting in bread with a rather dense crust characteristic of ciabatta. The sourdough from which ciabatta is baked is called biga in Italy. It is biga that gives this bread its characteristic airiness.

Mix all the ingredients in a bowl until a stiff dough forms . Cover the bowl with an open freezer bag, secure with a rubber band and leave to ripen for 17-24 hours in a warm, draft-free place.

A little olive oil for greasing the molds

Wheat or cornmeal for dusting

Preheat oven to 250°C. If you are not going to bake in batches, you will need both levels, so put 2 baking stones in the oven, or 2 baking sheets (per level), or one at a time to warm up more.

You will also need a few shovels or inverted baking sheets to plant future bread from them. Line 2 large baking sheets with baking towels or a proofing cloth.

You may find it useful

Made from stainless steel. High power 1600W. Thanks to its compact size, the electric oven is easy to place on a table or cupboard in the kitchen, or take it with you to the country or on a trip.

Instead of flouring the bowl as usual, lightly coat it with olive oil, place the dough in it, cover with a towel and leave for 1 hour until it rises and becomes light and fluffy.

Sprinkle the working dough liberally. the surface with flour and, helping yourself with the rounded end of the scraper, put the whole dough on it. Sprinkle it with flour and, pressing lightly with your fingertips, flatten into a rectangle. Cut this rectangle into 5 approximately equal strips. Fold each in thirds to make the dough more elastic.

This is done as follows: take a strip of dough, bend it along its entire length so that the edge falls in the middle of the strip, press lightly; cover with the other long edge and press down to form the dough along the seam. Roll a little so that each strip has a seam down.

Lay the ciabattas seam side up on a generously floured proofing cloth or on a baking sheet lined with towels. Cover with towels and let rest for 45-60 minutes.

Meanwhile, sprinkle shovels (or inverted baking sheets) with finely ground semolina. Place the ciabattas on the shovels (or baking sheets) one at a time. Each needs to be stretched a little along and turned over so that the seam is at the bottom. (It is this stretch that gives the finished bread its characteristic slipper shape.)

Open the oven and quickly spray inside with a spray bottle. Drop the ciabattas from the spades onto the hot stones or baking sheets, spray the oven again, and quickly close the door. Reduce the temperature to 220°C and bake for 18-20 minutes.

< p>The volume of the oven is illuminated by a single backlight, which makes it possible to see the dish in the process of cooking. The oven also comes with a rack and two baking trays. Chrome-plated wire guides are provided for pulling out a baking sheet or grate.

“In the French bakery where I worked as an apprentice, the head baker was from from Normandy. He taught us to bake this bread, which, according to the established tradition, sailors took with them to the sea. During the swim, it dried up, but it was still very tasty.

Interestingly, this bread is made from a very tough dough, which needs to be beaten with a rolling pin for a long time so that all the air comes out of it: this way the dough turns out to be very dense. But when ready, this bread becomes airy, very tasty, with a characteristic crust, and besides, it is easy to digest.

You'll be fine approximately 900 grams of dough. Using your fingertips, rub the yeast into the flour, salt, add water and mix well. When the dough is formed, put it on the work surface (do not dust it with flour) and start working with the dough.

Lightly flour a bowl, put the dough in it and leave to rise at room temperature for 6 hours or in a cold place overnight (or longer – up to 48 hours) until the dough doubles in size.

Preheat the oven to 250°C at least 2 hours before you start baking. Place 2 stones or baking sheets inside. You will need a cloth or towel-lined proofing tray, 2-3 shovels or inverted baking sheets to place the bread in the oven.

You may find it useful

It has an optimal volume of 71 l and energy efficiency class A. 6 operating modes allow you to cook any dish in the oven.

Dissolve yeast in water. Mix all ingredients very thoroughly in a bowl. The dough will be very stiff, but resist the temptation to add more water. You won’t be able to work with such a steep dough as usual.

The English method is suitable here: the dough must be folded in half, pressed strongly with the palm of your hand, then folded again, pressed again, and so on several times for 1-2 minutes . And now you can pick up a rolling pin.

Fold the dough in half and hit the rolling pin harder (watch your fingers!), then press the rolling pin to the dough, leaning with all your weight. Continue like this for 15 minutes – fold, press. The dough should become smooth and velvety, but for you this is a good physical exercise!

Now fold the dough into a ball. You don't need flour for dusting, because this dough will not stick at all. Place it in a clean bowl (again, do not sprinkle it with flour), cover with a towel and leave to rise for 1 hour. Still without adding flour, dump the dough onto the work surface.

Divide into 3 parts, each 400 grams. Form round rugs in the same way as you make a ball of dough. Place them on lined baking sheets, seam side down, cover with towels and leave to proof for about an hour.

Sprinkle spades or inverted baking sheets with semolina. Transfer the bread to the shovels and first make one long cut along each loaf, then one more, not so long, on the left side and one, the shortest, on the right.

Open the oven door and quickly spray with water from a spray bottle. Drop the loaves from the spades onto the hot stones or baking trays, spray the oven again, and quickly close the door. Set a timer for 5 minutes. At the beep, reduce the temperature to 220°C and bake for another 15 minutes.

You will know the bread is done by its golden brown color and the hollow, “empty” sound you hear when you knock on the bottom.

Cool on the grates.

Mini-oven for home and garden

The volume of the chamber is 23 l, and the power consumption  – 3080 W. Mechanical control. Separate smooth adjustment of the temperature of the oven and burners. Includes a metal rack, baking sheet and tongs. 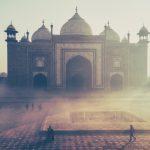 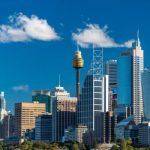 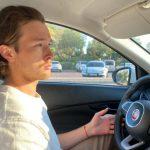