Around the World tells about the dishes that are served on the table for Christmas on opposite sides of the Atlantic. 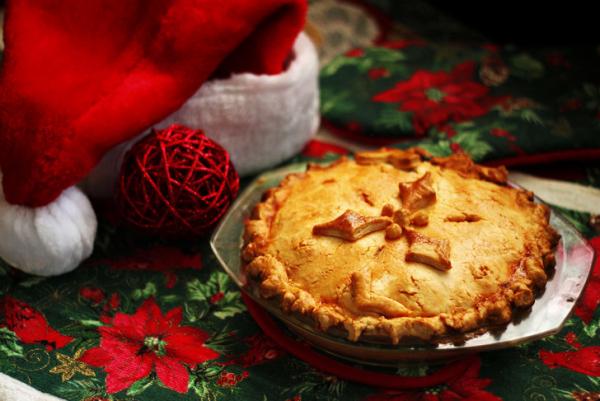 Quebec folk pie, popular throughout Canada, varies from region to region. In Saguenay, the filling is made from different types of meat (including game) and diced potatoes, in Manitoba, many spices are added to the meat, in some places on the coast they do not disdain salmon, and in Montreal tourtiere is baked exclusively with finely ground pork and served with maple syrup.

Dough for traditional Christmas pies in leaves(pasteles en hojas)made from ripe and green bananas, pumpkins and sweet potatoes. As a filling, in addition to meat, various vegetables, red onions, peppers, garlic, tomato paste, sometimes grapefruit and orange are used. The pie is wrapped in a banana leaf, tied and fried over an open fire. Many Mesoamerican countries have similar dishes.

What do cake and ballerina Anna Pavlova have in common: the story of one dessert

A brilliant semi-airy meringue cake with whipped cream and fruit is named after the famous Anna Pavlova. The Russian ballerina toured Australia and New Zealand in 1926, since then the countries have not agreed among themselves in which of them the dessert was invented. But it is known that the recipe was first published in New Zealand in 1929.

Panettone for a Merry Christmas

It was this sweet house that lured Hansel and Gretel, the little heroes of the Brothers Grimm, into a trap. The trap for today's eaters is that it's much harder to eat than it is to “build.” Of course, you need to tinker with a gingerbread house, but making it together with the children is a pleasure. And then – just admire… 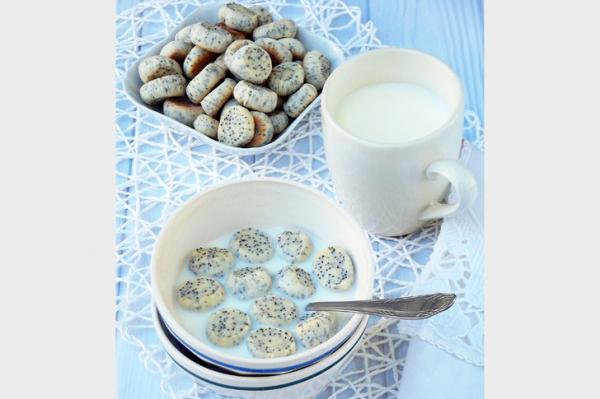 If the soaked poppy seeds are thoroughly rubbed and water is added, you get poppy milk. It is usually served with kuchiukai poppy seeds made from kvass sweetened dough. This is one of the 12 traditional dishes of Christmas Eve – kuchyosa. Lithuanians are preparing for it a week in advance. By the way, there is no meat on the festive table.

Thanks to emigrants from Italy, the Piedmontese cold dish vitello tonato, made from thinly sliced ​​marinated veal, seasoned with cream sauce with tuna and capers, became not just popular, but typically Christmas in Argentina. And changed the name a little.

Once there was a custom to gather after a festive mass by the fireplace to light a blessed log – in fact, an impressive log of oak or other wood. Now the family gathers around the table, on which the Christmas log is present in a biscuit-chocolate form.

The origin of the name remains unclear. It is unlikely that it is associated with the Duke of Wellington, who became famous at the Battle of Waterloo. Even less likely is a connection to the city of Wellington (although the New Zealanders would argue again). One thing is clear: the fried beef tenderloin, covered with pate and mushroom paste, wrapped in puff pastry and baked, is incredibly tasty. 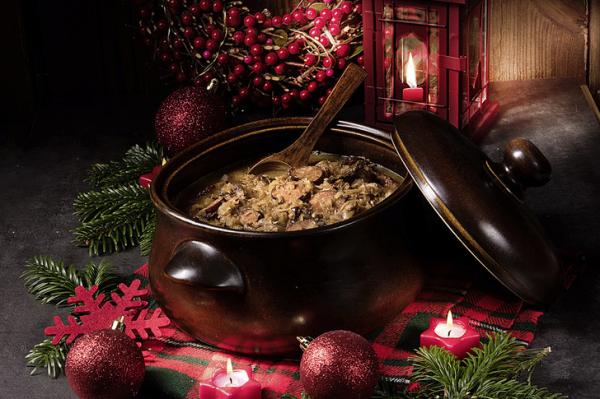 On Christmas Eve in Poland they make bigos – “hunter's stew” from fresh and sauerkraut stewed with meat and sausages. The dish is prepared in large quantities and eaten not only on a festive night, but also on the following days, just warming up.