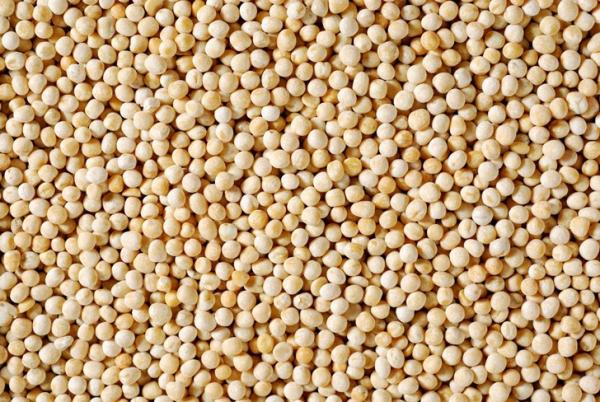 Lent has begun for Orthodox Christians, animal products should not appear on the table during its continuation

Although by and large the post, of course, is not so much about food, but about spiritual growth and you shouldn’t get hung up on the menu, nevertheless, our ancestors knew how to diversify their meals during these seven weeks. We bring to your attention some forgotten original recipes of the old Lenten cuisine.

This product is mentioned in the famous “Domostroy” and really looks like real cheese both in appearance and in taste. It also contains a lot of protein, which is so lacking in the diet during fasting. Pea cheese is prepared as follows.

3-5 days before the preparation of the cheese itself, you need to prepare oatmeal sourdough: a glass of oatmeal is poured with 1.5 liters of boiled slightly warm water, a piece of rye bread is added there, the mixture should be left in a relatively warm place. After a few days, it is necessary to strain the mixture, squeeze the oats, and leave the liquid to settle. Below there will be a white precipitate – this is the leaven.

Next, you need to soak the peas until they swell, then cook until half cooked, drain the water and scroll the resulting mass through a meat grinder. Add vegetable oil – approximately 150 ml per liter of volume. The oil must first be heated in a water bath.

Add the sourdough to the cooled pea mass and knead like a dough. Forms with pea cheese are first kept in a warm place, and then sent for storage in the refrigerator, after sprinkling with salt. Such cheese is stored for months and does not cause stomach problems due to fermentation. Pea cheese goes well with nuts, peppers, tomatoes or tomato sauce.

Potatoes in and of themselves can be considered a complete meal. In pre-revolutionary Russia, during Lent, potato patties were often cooked – not only with onions and mushrooms, but, oddly enough, with dried fruits. Prunes and dried apricots, which in those days were called “sears”, were added to the potato “mince”.

To prepare such cutlets, for 700 grams of peeled potatoes boiled in salt water, you need to add 2 tbsp. spoons of starch, one tbsp. a spoonful of flour and 3 tbsp. tablespoons of vegetable oil, mix everything and add dried apricots and prunes, previously soaked in hot water. Next, cutlets should be rolled in flour and fried in vegetable oil.

Pastila has been known for centuries not only as a lean delicacy — chopped berries and fruits are dried in the sun or baked in the oven, taken out of molds and stored quietly throughout the long winter.

Marshmallow was also prepared from mountain ash; as a lenten dish, it is mentioned, for example, in Ivan Shmelev's “Summer of the Lord”. The collected berries were doused with boiling water, and sometimes boiled for about ten minutes, then rubbed through a sieve with sugar and laid out on wooden trays with a layer of a centimeter and a half. Dried marshmallows were sprinkled with powdered sugar and stored in jars. Instead of mountain ash, you can use any other berries.

Kalya – a prototype of hodgepodge, often made with fish or caviar. In fasting, such a peculiar soup was boiled in cucumber brine, but it turned out spicy and fragrant due to spices.

There are many recipes for kali, here is one of the simplest. You will need: 100 g dried mushrooms, 300 g pickles, 100 g onions, 1 tbsp. l. vegetable oil, salt and pepper. Boil the mushroom broth, add finely chopped cucumbers and onions, fried until golden brown, along with boiled mushrooms. Add salt and pepper to taste. If desired, a couple of tablespoons of flour can be added to the pan with butter, then the stew will be more satisfying.

You might think that we are talking about pies. In fact, beets are grated beets with horseradish. Root vegetables are boiled in a peel, then it is removed, the vegetables are grated, salt, sugar and lemon juice are added to taste.

Many modern housewives would add chopped walnuts here, but in the old recipe they were replaced by peeled horseradish root, which was also crushed and added to the beets after they let the juice go. Not every supermarket can find horseradish root, so it is quite acceptable to replace it with radish, which, as you know, is not sweeter.

Do you think the creators of Game of Thrones invented poppy milk? It was known to our distant ancestors! To prepare this drink, rinse a glass of poppy seeds in cold water and drain it. Then put the poppy in a deep container, pour a glass of boiling water and leave until it all cools down to room temperature.

The poppy will swell, after which it must be folded onto a dense cloth, the liquid is drained again and the seeds are sent to a blender, where they are ground for several minutes until a white liquid appears. After that, pour three glasses of cold boiled water into the resulting liquid, add a tablespoon of honey and beat again. Strain. Delicate sweet “milk” is ready, it is stored in the refrigerator for up to five days.

Fry the dough cakes in a frying pan on both sides until golden brown. Put one cake on a dish and spread a tablespoon of fried onions over it. Top & nbsp; – another cake, then onions and another, and so on until the ingredients run out. Leave for a while so that the cakes are saturated with the filling. Serve, cut into pieces like a cake.

For this lean pastry, you need to take 2 cups of confectionery poppy, 1 tablespoon of vegetable oil, half a glass of sugar or honey , 1 cup flour and salt to taste. Knead the flour and butter into a stiff dough, adding a little water. Knead, roll into a thin cake, put it on a baking sheet, cut a layer of dough into small quadrangular pieces. Put the baking sheet in the oven so that the dough is browned.

Ready-made lamantsy take out and break along the marked lines. Boil poppy seeds with boiling water, grind, add sugar or honey (you can also crushed nuts, such as almonds) and a glass of boiling water. Mix all this and “bathe” the finished lamants in the resulting liquid. You can also optionally sprinkle them on top with poppy seeds. Dry and serve with tea. 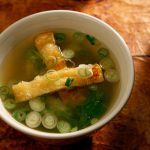 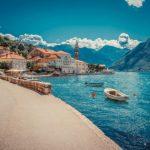 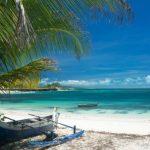 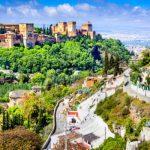