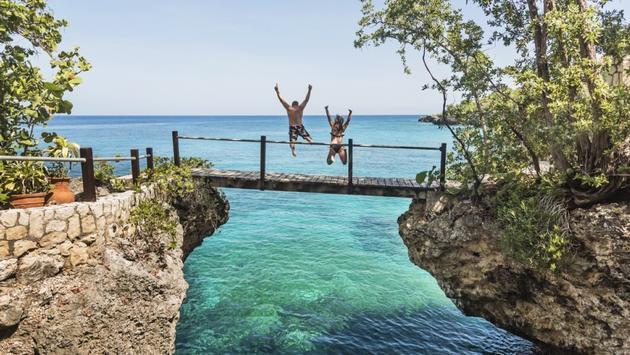 Tourists in Jamaica should not worry about carrying water bottles because tap water is entirely safe. (Photo via ALG Vacations).

Jamaica is an excellent Caribbean destination celebrated for its beautiful beaches, lush jungles, mountains, food, and vast culture. However, before traveling to this fabulous island, it is essential to consider a few things first.

Here are five things to remember for those planning to visit Jamaica this winter.

Although cash is widely used on the streets of Jamaica, in hotels, restaurants, and shopping malls, tourists can pay with credit or debit cards without any problems.

In addition, Jamaica’s major cities, such as Kingston, Montego Bay, and Ocho Rios, have a lot of ATMs where people can access cash to pay for expenses they have to make on the streets, especially when using public transport. American dollars, by the way, are accepted virtually everywhere.

It should be noted that currency exchanges offer different rates, so it is crucial to investigate which is the best option when buying Jamaican dollars, which is probably not going to be at the airport. To do this, it is recommended to ask the hotel where tourists can exchange currency safely and at reasonable rates.

Safety on the Streets

A few decades ago, Jamaica was notorious for being unsafe in certain areas due to gang violence, but the government has controlled this very well.

While there are still gangs (especially in Kingston), these do not affect visitors to the island. However, it is always recommended to keep an eye on your wallet or purse, carry the least amount of cash, avoid walking in places unfrequented by tourists, and take controlled taxis when traveling long distances or going to restaurants or bars late at night.

Unlike destinations in Mexico and many other Latin American and Caribbean countries, tap water is safe in Jamaica. Therefore, travelers should not worry about bringing a bottle of water to the beach or walking in the villages because the water offered in bars and restaurants is entirely safe.

It is also important to note that tourists can order salads with raw vegetables in restaurants without fear of getting sick or infected. Bottled water is recommended only for visiting remote places where sanitation may be poor.

It is highly recommended to book hotel excursions that you want to do in Jamaica and avoid hiring taxis because tours of the island can be costly. Many resorts offer specially designed excursion packages for tourists to enjoy experiences in nature or water sports. 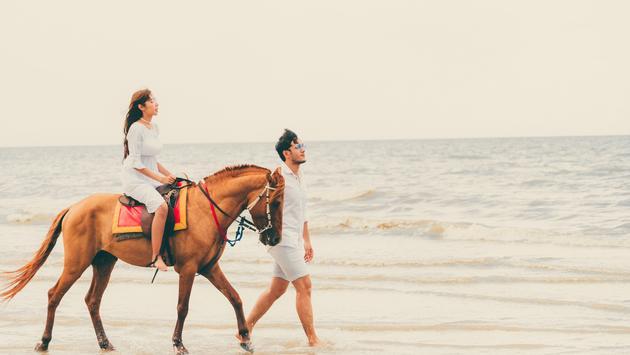 Many resorts offer specially designed excursion packages for tourists to enjoy experiences in nature. (Photo courtesy of NanoStockk/iStock/Getty Images Plus).

Another way tourists can plan their excursion freely is by renting a car, which is usually much cheaper than traveling by taxi. In addition, with a rented car, visitors can their time exploring.

The Best Time to Visit

The best time of year to travel to Jamaica is from October to mid-December, as the weather is charming and hotels and flights are cheaper. However, the peak season is considered from late December to mid-April, when there are more tourists and prices are also higher. June 1 to November 30 marks the Atlantic hurricane season.

The climate in Jamaica is hot, with an annual average of 89 degrees. (Photo by Codie Liermann).

The temperatures in Jamaica are hot, with an annual average of 89 degrees, but it has few truly tropical and muggy months. It is warm to hot year-round and invites visitors to swim at an average water temperature of 82 degrees. During winter, maximum daily temperatures are around 84 degrees, rarely dropping below 80 or exceeding 86 degrees.