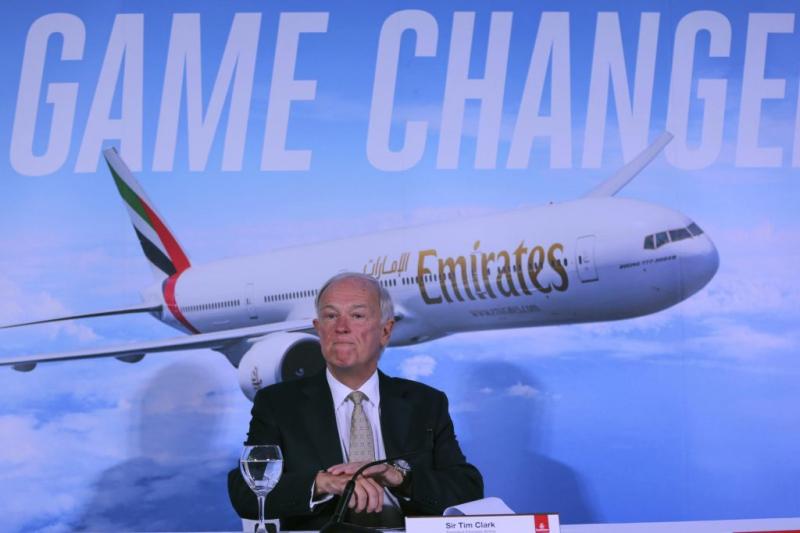 Emirates, one of the largest airlines to Europe, sees robust demand from the continent despite an uncertain economic outlook.

Europeans’ desire to travel is seemingly insatiable despite air travel chaos, inflationary pressure, and geopolitical crisis within its borders. Tim Clark, president of Emirates, one of the largest airlines to Europe, is confident on the outlook — at least for his airline.

“People just want to travel,” he told Skift on the sidelines of the Farnborough Air Show in the U.K. Monday, a large biennial gathering of the aviation world. Emirates has not seen any drop in bookings to date as far out as February 2023.

Clark’s optimism comes despite his acknowledgement that consumer confidence is waning. “Consumer sentiment is taking a little bit of a dive,” he said, citing the immediate issues aviation faces — widespread flight cancellations and other issues largely due to staffing problems — in Europe, as well as inflation and the weak economic outlook.

Emirates is one of the largest “global super-connector” airlines. That is, a carrier with a small home market that primarily feeds passengers between distant points on the globe, for example between Europe and Australia. In 2022, Emirates is scheduled to be the third largest to and from Europe in terms of seat counts, Cirium schedule data show. Only Turkish Airlines and Air France are larger.

That size gives Emirates a broad view of European travel demand even though it is based in Dubai and not on the continent. In addition, that it’s a view that is not concentrated in any one country.

Emirates’ size appears to have worked in its favor recently. After London’s Heathrow airport said July 14 that it would implement a cap of 100,000 passengers a day through September, the airline hit back. “This is entirely unreasonable and unacceptable,” it said. And, within 24 hours, the two sides had reached an agreement.

“It’s early days but the rules of the game won’t change as far as Emirates is concerned,” Clark said of Emirates’ agreement with Heathrow. The airline will continue to operate its six daily Dubai-Heathrow flights but has stopped selling seats through the middle of August, and agreed to assist the airport with ground services — an area where Heathrow admitted it was short staffed. In addition, Clark said Emirates could move one of its Heathrow flights to London’s Gatwick airport if needed.

London is just one European hub facing widespread flight reductions. Amsterdam’s Schiphol and Frankfurt airports have also capped flights, and forced airline cancellations. The situation is expected to ease this fall when flyer numbers make their historic seasonal decline, but Clark was not confident enough to pinpoint a time when flight delays and cancellations will fall back to historic levels.

“It is hugely difficult to predict,” he said citing the economy and broader labor issues.

Emirates, for its part, continues to ramp up capacity from the pandemic. The airline aims to return to pre-Covid flying levels by the end of the first quarter of 2023, but definitely by next summer, said Clark. He has previously forecast that Emirates will be profitable next year.

Emirates is scheduled to fly roughly 69 percent of what it flew in 2019 in July, according to Cirium.