In Egypt in In April, I not only sunbathed and bargained at the bazaars, but also rode all the excursions and saw all the proper places. At the local resorts, I rested in winter, summer, spring and determined for myself April as one of the most comfortable months for a trip.

Where is it better to relax in Egypt in April, is it possible to swim, do the winds interfere – I will answer the main questions in the text. And I will leave a selection with good hotels where it is not scary to go after the discovery of Egypt.

Is it worth going to Egypt in April?

With each April day, the peak of the season is approaching, the “winter” weather is replaced by summer, the winds are leaving. But the sea brings and warms up slowly, but more on that in the next section.

If we compare with other popular countries at this time, Egypt comes out the winner. In Turkey and Cyprus it is still cool, you can’t swim in the sea. The UAE is hotter than Egypt, but is put off by entry rules requiring two PCR tests regardless of vaccination status, and lack of charters, which affects travel costs.

Note:Ramadan falls in April this year. As such, there are no restrictions for foreigners in Egypt (unlike the UAE, where you cannot drink and eat on the street). The only thing that tourist reviews note is that a week before the start of Ramadan (April 2), Egyptians are massively populated in hotels with entire families – to relax, eat and have fun before a strict fast.

Rules for entering Egypt: Tourists over the age of 12 need to bring either a vaccination certificate or a PCR test 72 hours before departure. At the airport in Cairo and Hurghada, everyone pays a 30-day visa for $25; at Sharm el-Sheikh airport you can get a free stamp for 15 days, but you cannot travel outside of Sinai with it. If you want to see the pyramids, ask for a regular paid visa.

It's still in the middle of spring in Egypt there are winds – these unpleasant traces of winter that can get under a T-shirt and discourage the desire to swim. But to me, as an organism not particularly sensitive to cold weather, the wind did not interfere. Yes, and we rested in the second half of the month.

We calmly sunbathed and swam. In the evening, I put on a light sweater and enjoyed the evening coolness over a cocktail. Should I go to Egypt in April? Definitely yes! If I fly again, it will definitely be in April. It is already quite hot in May, and a little earlier the climate is really ideal.

Air and water temperatures in Egypt in April

In addition, the Egyptians do not know about rainy or cloudy weather in April – the whole month there are completely sunny days. On the street, it dawns already at 5 am, and it gets dark closer to 7 pm.

What is the weather like in Egypt in April?

Resorts in Egypt are not limited to Sharm or Hurghada. Let's talk about them in more detail.

Egyptian resorts – where is the best place to relax in April?

SHARM EL SHEIKH:the resort where it is warmest in Egypt in April. Mountains shelter from the winds, there are small bays in which the water warms up faster. In addition, Sharm is the most accessible place for snorkeling and diving, it is here that the marvelous part of the Red Sea with reefs, colorful fish and turtles is located. Coral beaches are adjacent to sandy ones – and you can talk about everything for a long time, it is better to refer to our guide to the resort.

HURGADA:They say that it is cooler in Hurghada in April – and this is true. The sea temperature in Hurghada is lower, but a couple of degrees of heat is compensated by excellent beaches with a sandy sunset and active entertainment: water parks, some architectural sights (which cannot be said about Sharm), and even the Egyptian pyramids are closer.

If you are traveling in the first half of April, it still makes sense to choose a windless hotel. You can count them on one hand in Hurghada:

TABA:resort for a relaxing holiday without clubs, bars and restaurants. The place is not distinguished by picturesque beaches, but in general, tourists are satisfied: holidays in Taba are cheaper than in popular resorts. In general, for the majority, Taba is a transit point in the excursion program from Sharm el-Sheikh to Jordan (it is still being carried out now, only a PCR test is needed at the Jordanian border).

MARSA-ALAM: the resort has an advantage over others – the most beautiful reefs in Egypt. In mid-April, many are already swimming, so diving in a wetsuit is quite possible. There is a professional diving center in Marsa Alam, so people usually come here to explore the underwater world.

How much is Egypt worth in April 2022? Here I will go over the prices for tours, but about independent trips – and how much they cost – we have a separate article.

First – where to look and book tours. On any of the three main aggregators, you have probably already heard (or used) about them:

Aggregators collect offers from all leading tour operators, sort them by benefit/popularity and make the life of a tourist much easier with the help of filters, real hotel reviews and the “here and now” buying process.

Holiday prices in Egypt in April:

– If we consider a tour with a departure from Moscow, then the initial level for both Hurghada and Sharm will be 65,000-70,000 rubles for 7 nights for two.

– A ticket to a 5-star hotel in combination with “all inclusive” costs from 75,000 rubles.
– If you add “a good hotel” to the previous paragraph, then the bar rises to 90,000 rubles for a week for two.
– Well , and according to tradition and seasonality, tours that fall on dates at the beginning of April are slightly cheaper than at the end of the month.

Before talking about the hotels we stayed in (and I can definitely call them excellent, given how many bad hotels there are in Egypt), it is worth mentioning that it is better not to book any other accommodation: neither apartments, nor apartments, nor villas.< /p>

I booked the hotel myself, because last April there was no talk of tours. Upon arrival, it turned out that we were on overbooking – there were no places at the hotel for the first night. I found a villa urgently on booking.com: beautiful photos, swimming pool, kitchen, decorations. Adventures began already on the way: I noticed that within walking distance is about … nothing. The villa was in the desert! No Wi-Fi, no pool – it was dried up and abandoned. Only then they whispered to me that in Egypt you book private housing for good luck, despite the photos, reviews and descriptions. It's good that the next morning we were checked into the hotel 🙂

In Hurghada, I stayed at the 4* Sunny Days Resort Spa & Aquapark – I liked it, but now, in 2022, I don’t presume to advise it: tourists complain that the hotel has deteriorated. Although the price is nice.

Here are the hotels that still hold the brand:

Things to do in Egypt in April?

Since the sea in Egypt in April not so warm to spend days in the water, you can take care of the entertainment program.

Here I’ll give you a hint right away:

What to see and where to go in Sharm El Sheikh?

— Yacht trip + diving– this is the most popular excursion in Sharm; The Red Sea from all sides.
– Safari – I advise you to take time at sunset, then really appreciate the trip; in the heat, it's not much fun to travel across the sands.
— Moses Mount or Sinai is your option if you like hiking and hiking. Climbing the mountain takes place early in the morning to catch a beautiful sunrise.
— Dahab– a resort town near Sharm; with a European flair, year-round winds that attract kitesurfers, and the famous Blue Hole (aka vertical underwater cave).
— Pyramids – not close doesn't mean impossible! Excursions from Sharm are one- and two-day, in the latter case they also capture Alexandria.

What to see and where to go in Hurghada?

— Cairo + pyramids – but from Hurghada, Cairo and the pyramids are the closest. In addition to the pyramids, I really liked the National Cairo Museum and the oil factory. I bought the best creams and perfumed oils there.
— Luxor– Another ancient city with typical ancient Egyptian buildings, but in addition to visiting the temples, the guides arrange a walk along the Nile. So, if you have a choice between Alexandria and Luxor, feel free to choose the second option.
– Water parks + sand sculptures museum – in principle, there are much more excursions in Hurghada than in Sharm: many options for safaris, walks on a yacht, trips that take no more than a day. Dolphinarium, water parks and the sand sculpture museum are ideal for families with children.

Reviews about Egypt in April – pros and cons

My review of Egypt in April is this: this is definitely one of the best months for a holiday. The weather is good (but perhaps the frostbites will not like it), the sun is not yet hot as hell, there are no ubiquitous school-age children – their vacation just ended in March, and the next one will come in May.

In terms of the cost of rest, everything is also not bad: the sea is below + 25 ℃ and charters flying from almost any corner of Russia play in favor of tourists. The main concern is to choose between Hurghada or Sharm el-Sheikh.

+ Friendly for any budget
+ Sure plus 27 Celsius on the thermometer during the day!
+ You can arrive as before, without tests, simply by showing a certificate of vaccination
+ Planes fly to Egyptian resorts several times a week (or even every day) from many cities of the Russian Federation – from Kaliningrad to Irkutsk
+ Is it possible to swim in April? Water heated to +23℃…+24℃, and my experience says yes 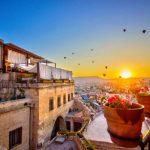 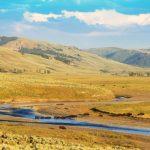 10 most unusual national parks on the planet 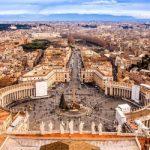 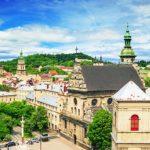