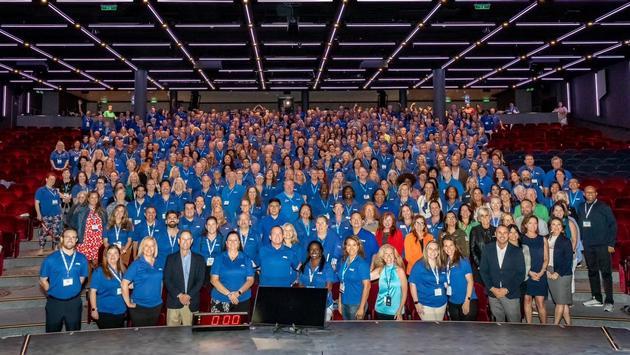 The Dream Vacations and CruiseOne National Conference, which was held aboard Norwegian Cruise Line’s Norwegian Encore, wound down as it began – on a high note.

“Every statistic for cruise and non-cruise is outpacing 2019, which was our network’s best year ever. I hope you are buckled up because the great wave of leisure travel will not stop.”

He noted that Dream Vacations and CruiseOne travel advisors’ cruise bookings rose more than 23 percent and cruise pricing by 6 percent compared to 2019; land bookings increased by 33 percent and pricing by 18 percent.

The closing general session also included remarks by David Crooks, senior vice president of product & operations at World Travel Holdings, and Norwegian Cruise Line President and CEO Harry Sommer, who said the line was in the midst of some of its best sales weeks ever.

The conference, which drew upward of 700 attendees and participants, resulted in nearly $115,000 raised for Make-A-Wish Southern Florida through onboard fundraisers.

The events included an Encore Speedway racetrack event, a 50/50 raffle, a private auction and Zumba at Sea.