Air travelers sometimes part with their suitcases. Such a risk cannot be completely avoided, but it can be minimized

The international IT company SITA, which provides telecommunications and information services to 90% of the participants in the aviation industry worldwide, claims in its report that in 2018, 4.36 billion air passengers checked in 4.27 billion pieces of baggage, of which 24.8 million pieces were separated from their owners temporarily or permanently as a result of the flight. (Due to the coronavirus pandemic that broke out in early 2020, air travel figures have dropped significantly and have not yet recovered to previous levels. — Note by Vokrugsveta.ru) 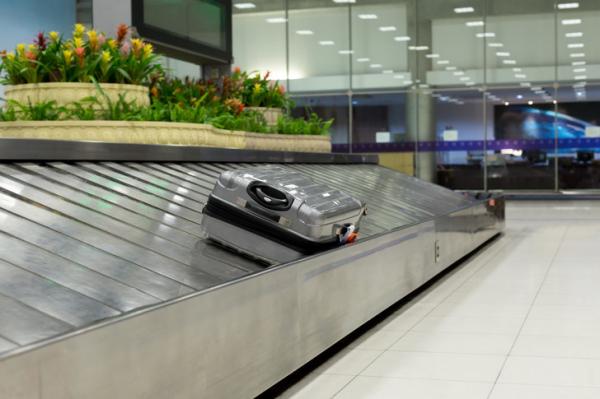 Why, despite the unprecedented development of artificial intelligence technologies, miniaturization, robotics and other miracles of science, is this happening? There are several reasons. But first, let's figure out what happens to your things after they roll off the conveyor belt from the check-in counter into the unknown.

How baggage is handled at airports

The baggage management system at the airport learns about the existence of your suitcase or any other, including oversized, that is, manually handled by airport employees, when it is assigned a unique code displayed on the baggage tag. This takes place at the front desk.

Then the luggage placed on the belt goes along it to the nearest scanner, which reads the barcode on the tag or receives information from the RFID tag built into it. Based on the reading results, the system directs the suitcase along a specific route within the airport. Namely & nbsp; – to the desired exit, into the hands of porters who reload things from the conveyor into luggage carts and then onto the plane.

However, not all baggage successfully overcomes the encounter with the tag scanner – if reading and redirection fails, the suitcase is sent to a special station where it is processed manually by people (oversized luggage that does not fit on the belt is also processed manually).

< p>On the way, baggage is scanned for prohibited and dangerous content, including with the help of live scanners – dogs. Upon landing, luggage is reloaded back onto carts, then onto conveyors and then onto another aircraft, if you are flying with a transfer, or onto a pickup belt. 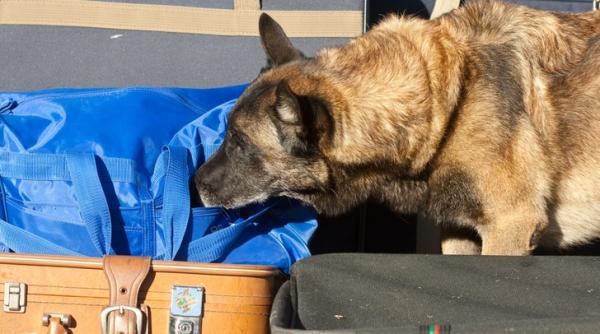 Depending on how the baggage management system at a particular airport is arranged, operations can be either mostly automated and require human intervention only if something it did not work, or carried out with the involvement of movers in more or less cases.

So, having arrived at the end point of your route, you did not find your luggage either on the belt or in the area for issuing oversized cargo. What could have happened?

The Horrors of Kaytak: The Story of the World's Most Dangerous Airport

Even if you were everywhere on time before departure, this does not mean that the checked baggage will keep up with you. And this applies to both departure from the first point of the route, and transfer from one flight to another somewhere in the transfer airport.

Automated baggage distribution systems, although they work much more efficiently than people, still have their own speed limits for processing and delivering a suitcase from point A to point B inside the airport. So if the airport is large in terms of both size and passenger traffic, and the owner of a suitcase, a trombone in a case, or, say, a surfboard, ended up at the baggage drop desk just before check-in closes, or if his flight arrived shortly before the next departure (due to late or on schedule), then the chances of problems greatly increase. But don't despair: your baggage will most likely catch up with you sooner or later. 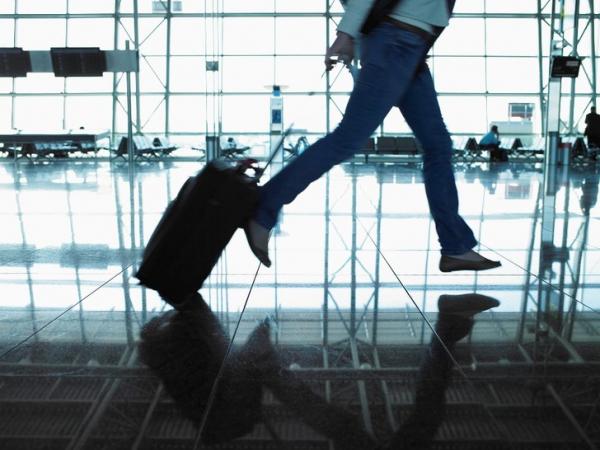 There were problems with labeling luggage

For example, the scanner could not read the barcode on the luggage tag because it was damaged. Or a passenger left a baggage tag or a sticker from a previous flight on their suitcase, and the sensor of the baggage handling and distribution systems or its operator considered outdated information. As a result, the baggage went to the wrong place at all (for example, to the wrong processing line, to the wrong plane), was caught there, excluded from standard processing, and irreparably lagged behind the owner. 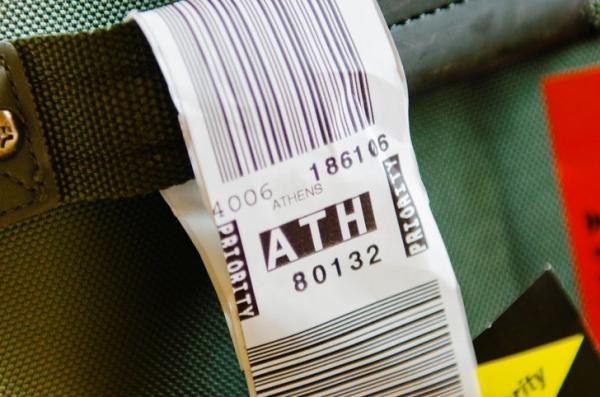 A person made a mistake

The loader at some stage did something wrong: he missed your suitcase, decided to take it off from the tape to profit from the content (unfortunately, this happens) or for some reason did not show up for work.

You say that these are not errors? We disagree: to create a situation in which an airport employee can rob passengers, or to reduce the salary of loaders at the start of the holiday season is also a human error, however, it is more about airport management.

Passengers are also inclined be mistaken: it seems to you that no one else has such a bright green suitcase, and the owner of the same, who did not check the luggage tag, will only find out at home that the funny stickers on the lid are not his. 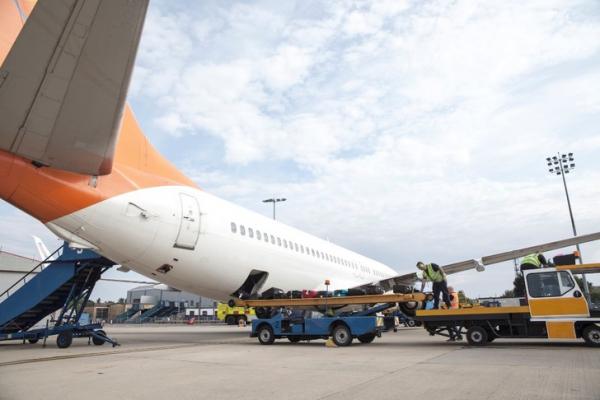 Moreover, this may concern both mechanisms and software, and procedures that require the work of living people. It may well happen that a tried and well-tuned baggage management system, successfully surviving tens of thousands of hours of testing, fails, management, operators and loaders make mistakes and all together lead to disastrous consequences.

The luggage collapse that took place during the first week of operation at London Heathrow Terminal 5 in 2008 is still considered one of the largest and most famous cases of its kind. The collapse then affected 75,000 passengers. The development of events and the reasons for this require a separate story. We just note here that even when using complex and very high-quality systems, an unfortunate combination of circumstances and breakdowns are possible. We hope this doesn't happen to you.

This video about the baggage management system at Heathrow Terminal 5 was published by Vanderlande Industries, the developer of the system, a few years after the collapse

Officially, from the moment you check in your luggage until you receive it, the carrier airline takes responsibility for it. But at the same time, it is not she who carries out operations with him, but the corresponding services of the airport. So you have the right to curse the carrier who lost your favorite bright green suitcase in the midst of the summer heat, but only because their baggage tracing service cannot be reached by phone, that they do not want to pay the due compensation for the loss, or they take your things for too long, if they are found. But directly for the delay or loss, the airport is to blame. If, of course, you did everything right.

Airplanes have stopped making noise: what happens to airports when everyone leaves them

How to minimize the likelihood of problems

To do this, airports and airlines need to quickly implement the most modern methods of baggage handling (for example, using RFID-tags that eliminate the need for visual scanning of baggage tags, speeding up processes and reducing the likelihood of errors), carefully plan policies and procedures and monitor their implementation, as well as upgrade systems in a timely manner.

But for us, that is, ordinary passengers, the following remains:

– Do not come to the airport back to back. So that if problems arise at any stage of processing your baggage, they are managed would decide. If you buy a ticket with a transfer and plan to check in luggage, try not to take the option with too short a waiting time between flights (less than one and a half to two hours), even if the airline offers such & nbsp; – leave this option for those who fly light.

— Do not leave baggage tags and any stickers from the last flight on the suitcase. A suitcase is not the fuselage of a fighter jet, it does not have to serve as a monument to your travels, and both the system and a person can scan the wrong barcode. 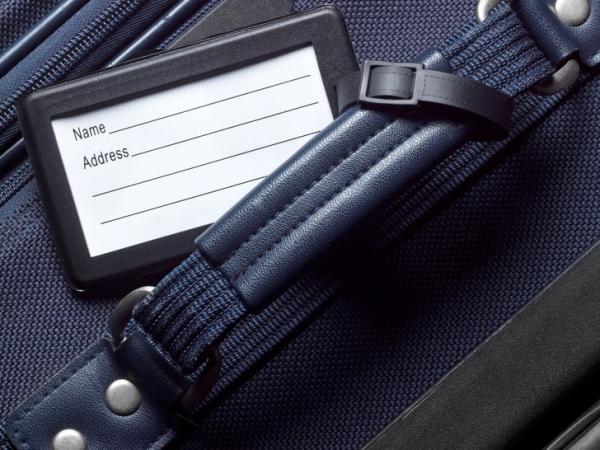 — Tag your suitcase. First of all, attach your own tag to it with the name, surname, phone number and address of the place where are you going. Also, some bright accessory may turn out to be useful. This will help airport employees find your luggage if it falls behind you during your trip, and will also make it clear even to an inattentive traveler that right now he is trying to remove someone else's suitcase from the tape, and not his own, although similar.

< h2>What to do if you lost your luggage

When contacting the baggage tracing service, a photo of the suitcase taken just before you parted with it can also help. Memorize or write down the length, width and height of the suitcase and the brand of the manufacturer. Finally, be prepared to tell the service team what was inside.