The general name of the indigenous people of North Africa who converted to Islam in the 7th century. Represented by various ethnic groups. The majority of the North African population west of Egypt is believed to be of Berber origin. The number in the world -20-50 million. More than nine million Berbers live in Morocco. Nearly a million and a half moved to Europe, mostly to France. They speak Berbero-Libyan languages, as a rule, they speak Arabic and French. Most believers are Sunni Muslims. 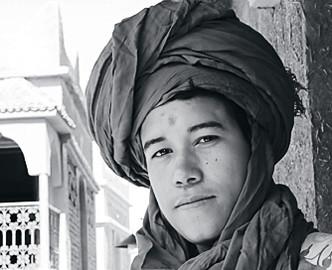 Berber, was born in 1992 in Merzouga. Said has four sisters and two brothers, he is the youngest in the family. Helps his older brother run a hotel that is housed in a traditional house, a riad, on the border with the Sahara. He takes tourists to the desert in jeeps, organizes excursions on camels.

“It is not the walls that protect, but the family”

We have a saying: “It is not the walls that protect, but the family.” We always help each other. I do everything to make my brother's business prosper, and he tries to give me money so that I can get on my feet and be able to get married. To do this, I must have my own house. And the wife will bring the atmosphere into it.

After the wedding, the young people move to their husband's house, and a truck with furniture, a washing machine, dishes and other things follows them. In the event of a divorce, the wife will take it all with her. But divorces are rare with us.

For us, the family is, first of all, parents, brothers and sisters. There is no such thing as the Europeans, when a husband and wife are considered a family. Blood ties are more important to us. A wife gets such a connection with her husband's family when she gives birth to children. We believe that wealth is not in money, but in children. But money, of course, is also needed to get married and, most importantly, provide for the younger generation.

When I save money, my father and mother will help me choose a bride. We usually marry girls from our village. No one will give their daughter to a stranger, the family needs to know the groom's parents. And vice versa. The girl should be from a good family, healthy and pretty – not necessarily very beautiful. It is more important that she be educated: when our children go to school, she will have to help them, check the lessons. 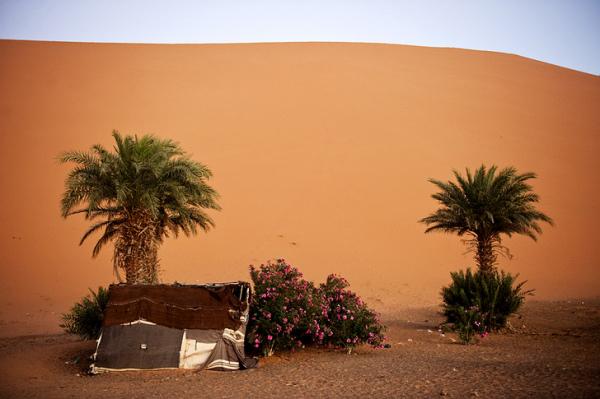 To arrange a wedding, the groom's family comes to the bride's house with gifts for her: clothes, shoes, fabrics, cosmetics. They bring and slaughter a ram in the yard. Sometimes a cow. Only the very rich can afford a camel. They do not delay the wedding – they often celebrate the very next day.

First, at three o'clock, women gather for gatherings. They give gifts, eat, drink tea, talk. They can put on music for themselves, the main thing here is a festive atmosphere and a feast. After two or three hours, the women leave, and by eight in the evening the men gather. They also come with gifts, and then sit down to read the Koran. Whoever has the best voice reads. Listen to religious music. 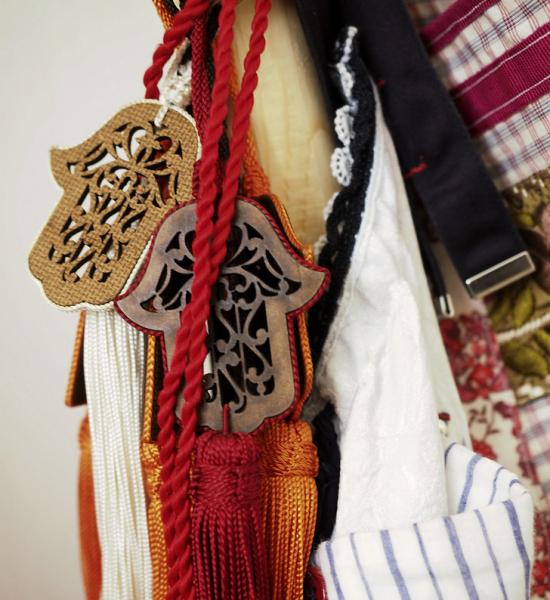 At night, it's time for a common holiday: musicians play, everyone dances. An unmarried man can only dance with relatives: with his mother, sisters. Then the bride and groom go into the bedroom, and after the groom takes out the linen, which proves that his wife gave him her purity. It's a tradition, but it's not often done like that anymore. It is not customary for us to deceive each other, we are honest and proud people.

All the colors of life: how colors determine the geography and life of Morocco

“Knowledge will be given without difficulty when the raven turns white”

Our children are brought up strictly. Because every father wants his children to live better than he does, and this now requires a good education. Will have to work. We have a saying: “Knowledge will be given without difficulty when the raven turns white.” 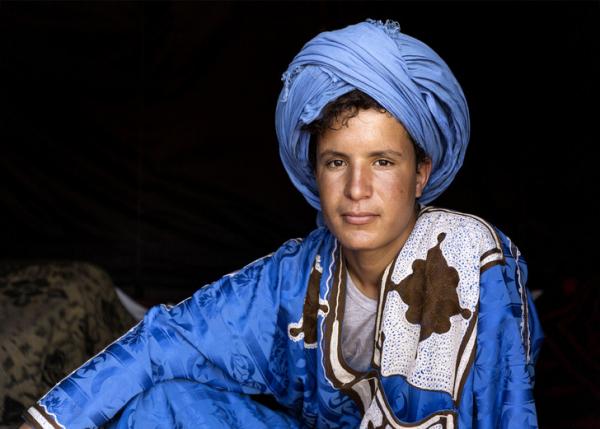 If the family does not have enough money, not all children receive a good education. So, the father can immediately put the eldest son to work after school in order to earn money for studying for the younger one. For example, driving caravans with tourists to the desert or caring for palm trees if the family has them. A palm tree is a grateful tree: if it is well looked after, it will bear fruit generously and bring money to the family. The main thing is to water it regularly.

For agricultural needs, we have a special reservoir, from where water flows through pipes to palm trees. Everyone knows what time he can turn on the water to water them. If your time is from twelve to one on Monday, you come on that day, open the tap and turn it off exactly one hour later – now the water will go to others. If you close at least five minutes later, you will be fined. 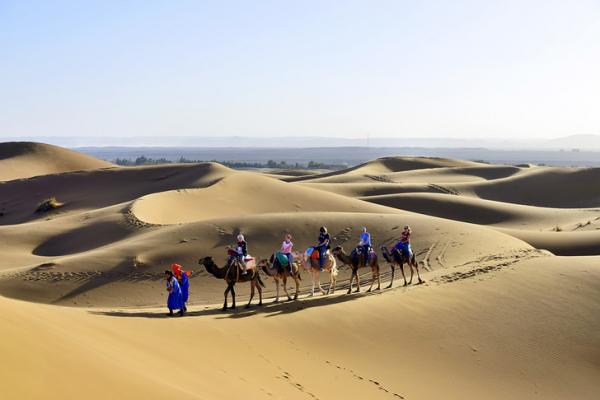 We prefer to resolve all conflicts among ourselves, without going to the state court. If, say, two families are arguing where the border between their lands is, they go to the sheikh. This is the most respected resident of the village, everyone obeys him, like the children of his father. Usually this is a rich person or an imam, everyone knows his parents and himself, trust his judgment.

The sheikh may have advice – several respected men of the older generation. The decision of the sheikh and the council is the law, we always listen to the elders. If a person does not want to be thought badly of him, he will respect any decision they make.

Be, Belong, Become: How Children Are Raised in Australia

“The desert gives us everything”

If the sheikh is like a father to us, then the desert is like a mother. Sahara is my favorite place, I go there often. And all my family too. One of my sisters lives with her husband in Chefchaouen, they always come home to Merzouga for the holidays, and the sister’s children immediately start asking: “Mom, let’s go to the desert, let’s go!” For them, this is entertainment, they go there to play. The sister is not afraid that the children will get lost, they will always find their way home.

Europeans constantly think that something bad might happen in the desert, but we don’t think about it at all, and therefore nothing bad happens to us. How can a mother allow her children to be hurt by someone? When I was little, I constantly went to the desert, went to bed there, and when I woke up, I saw next to the tracks of a scorpion that crawled past.

I am not afraid of snakes and scorpions. Scorpio is just an animal, he himself is afraid. If you try to harm him, the scorpion will get scared and attack. But if you don't touch it, everything will be fine. We believe that if you are afraid of something or worry about something, it will come to you. Don't think about it and everything will be alright. Just trust in God's will, and greet each morning with hope.

It's good in the desert, because there are no people there and you can not talk to anyone. When I'm angry, I get on a motorcycle and go to the desert to scream and complain to her. Then I go to rest. At night the sky is full of stars and I listen to them. And in the morning I return home, calm and contented. I can start working without fear that I will quarrel with someone.

The desert gives us everything: strength, confidence, the opportunity to earn money, even water. Any Berber knows how to find her there. No nomad travels through the desert just like that, wherever his eyes look, he always goes from one well to another and can thus reach Mali. My grandfather was a nomad, he lived in the desert near Algeria, but when my father was ten years old, the family moved to the village. Here they worked very hard to make our life better.

We have many relatives. Even in the desert, there are distant relatives among the nomads, to say nothing of the village. We often go to visit each other – relatives should communicate. In general, we love guests very much, we are ready to receive them every day. According to tradition, a traveler can come to any house and ask to spend the night. They will let him in without question and will feed him for three days. And friends and family come uninvited —our doors are always open. 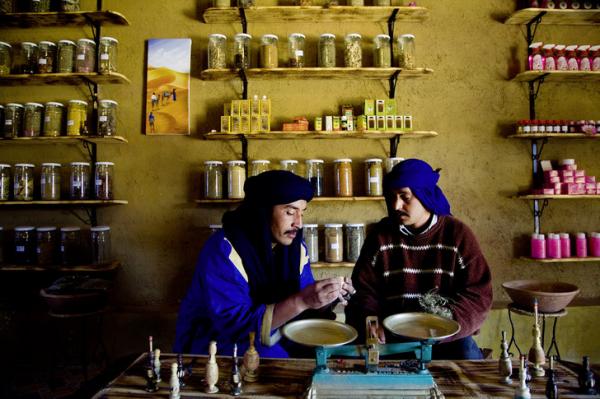 It is a special joy when relatives living in the city come. My sisters' husbands work in different cities, they have a higher education, what should they do in Merzouga? And their children, God willing, will generally be able to go abroad, where the earnings are much higher. Now a lot of people are leaving, for example, to France. But in the summer, when children have holidays and adults have vacations, everyone returns home, so in summer there are a lot of cars with French numbers.

I myself do not want my children to work in the riad, I hope they achieve more than me, God willing. They will know more – they will be able to work somewhere where life is better, open their own business. But they will still come back here —home, to their relatives, to the desert mother.

DISTANCE from Moscow to Merzouga 4240 km (from 8 hours in flight to Er Rashidiya excluding transfers, then 130 km by road)
TIME behind Moscow by 2 hours
VISA not needed
CURRENCY Moroccan dirham (10 MAD ~ 0.96 USD)

Material published in journal Nale “Around the World” No. 12, December 2019, partially updated in December 2022