Part of the island closed to tourists 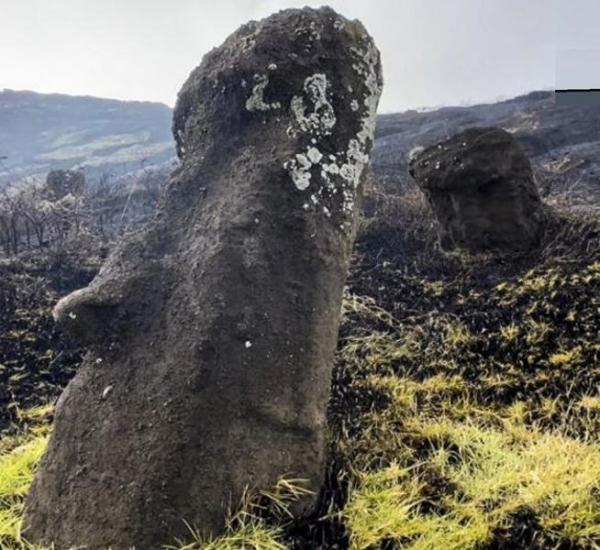 The faces were burned . Easter Island idols damaged by fire

A natural fire broke out on the famous Easter Island in the Pacific Ocean . The famous stone idols, the origin of which is shrouded in legends, suffered.

A natural fire broke out on the island on Tuesday, October 4th. On an area of ​​60-100 hectares, trees and grass flared up. The fire quickly reached the vicinity of the extinct volcano Rano Raraku, on the slopes of which statues rise. The fire burned about 30 of them. The affected part of the island was closed to tourists.

According to the National Council of Monuments of Chile, the stone from which the idols are made is exposed to high temperatures. Therefore, it will not be possible to restore the former appearance of some statues. According to the authorities, a human factor led to the fire.

In total, there are 386 stone statues (moai) near the Rano Raraku volcano, and about 1,000 on the island as a whole. The largest of them reaches 10 m in height and weighs 74 tons.

See AllDaily for continuation and photo