When a bridge crosses a border, it becomes a cultural heritage of mankind

Around the World tells about nine bridges in different parts of the world , which connect neighboring states.

The idea of ​​a railway bridge across the Zambezi, where passing trains “will catch the spray of a waterfall”, belongs to the British imperialist and “architect of apartheid” Cecil Rhodes. His plan was to build a railroad across Africa, from Cape Town to Cairo. The plan failed, but not entirely.

On the one hand, the Zimbabwean city of Victoria Falls, on the other, the Zambian Livingston. There is a free museum and a platform for bungee jumping (at a height of 111 meters above the water), where many people come to look at desperate jumpers, of which there are also many. 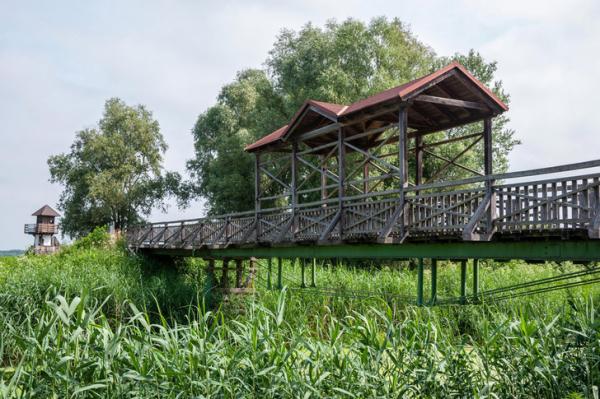 The wooden bridge over the grassy Einser Canal is a real memorial, as well as a cultural and political symbol. In 1956, during the Hungarian uprising against the communist regime, 180,000 people fled from Hungary to the West. This bridge remained the last corridor along which 70,000 Hungarians escaped.

People called the nine-kilometer path to the nearest Austrian town of Andau an “evacuation route” and a “freedom road.” In November 1956, the Andau bridge was blown up by the Soviet military. And in 1996, in honor of the 40th anniversary of the Hungarian Revolution, it was restored according to the original drawings: Austrian soldiers built it from Hungarian wood. At the same time, along the road leading to Andau, artists from all over the world created an open-air gallery of sculptures and installations. 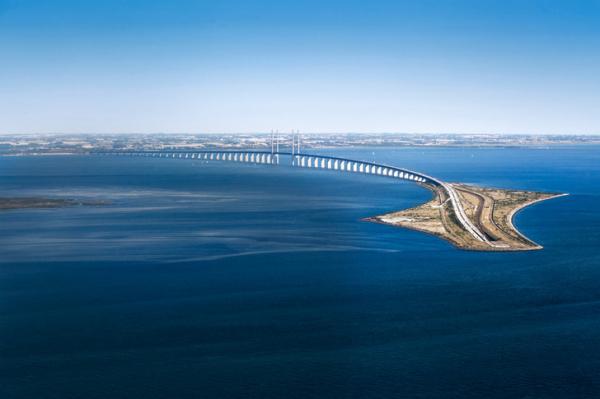 The Øresund Bridge, which connects the capital of Denmark, Copenhagen, and the Swedish city of Malmö, has become famous all over the world not because of its unique design, but thanks to the detective series “Bridge”. However, this is a truly grandiose engineering structure: an eight-kilometer combined bridge (the longest in Europe) leads from the Swedish coast to the artificial island of Peberholm, where it passes into the four-kilometer Drogden tunnel, ending near the Danish airport Kastrup.

The meaning of the decision of Danish engineers was to ensure that aircraft take off and land without interference, and ships – free passage through the strait. The bridge-tunnel connects the cities not only by road and rail, but also by a common Internet cable.

Through time, through distances: 11 record-breaking bridges from all over the world

The Bridge of Two Emperors 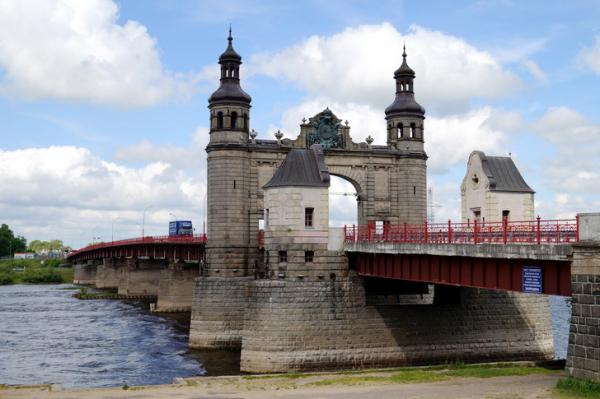 The city of Sovetsk in the Kaliningrad region was once called Tilsit and belonged to Prussia. It was there that the Treaty of Tilsit was concluded between Alexander I and Napoleon. The wife of the Prussian King Frederick William III, Louise of Mecklenburg, also participated in negotiations with Bonaparte. It is not surprising that the bridge across the Neman River, built in Tilsit a hundred years later, in 1907, was named after Queen Louise, revered by the people.

It, unlike Tilsit and Königsberg, still retains its name, even though it was blown up by the Nazis in 1944 and later rebuilt twice. The bas-relief depicting Louise on the southern baroque portal of the bridge was replaced in 1964 with the coat of arms of the Soviet Union. In 1995, the coat of arms was removed, and in the early 2000s Louise was returned. On the other side of the river the Lithuanian city of Panemune and, accordingly, the border checkpoint.

A magnificent architectural monument of the 17th century, the bridge over the Khrami River on the road between Tbilisi and Ganja, stands on the old caravan route. He was widely known among the local peoples as Broken. The Azerbaijanis even now call it that officially, although no one has ever broken this bridge since the Georgian king Rostom built it.

But, according to historians, back in the 10th century, the bridge was destroyed 95 meters from it, and the remains of its pillars are still preserved, hence the memory. But the Russians called the bridge Red, but not for beauty, but for the color of the brick. Inside the powerful pillars of the 175-meter structure, two caravanserai were equipped. The bridge in the no man's land is still functioning.

Are there any bridges at an angle to the stream? 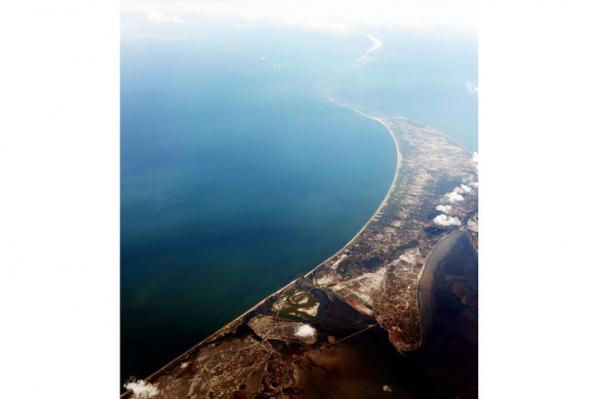 The origin of the chain of limestone shoals between the Indian island of Pamban and the Sri Lankan island of Mannar is still a mystery. The length of this “bridge” is 48 km.

There are a dozen fantastic and scientific versions, starting with the ancient Indian myth of the bridge that the god Rama built with the help of the monkey people, continuing with the early Islamic story that Adam, expelled from the Garden of Eden, followed this path from Sri Lanka to India, and ending with numerous scientific theories: about the uplift of the earth, the movement of tectonic plates, the rise in sea levels, the deposition of sand, the work of coastal currents. But none of these theories are considered proven. As well as the fact that the Adam's Bridge is a natural formation, and not a creation of human hands.

As you know, there are three Niagara Falls: American, Veil and Horseshoe (Canadian). And there are two cities with the name Niagara Falls, and they are neighbors, separated by the Niagara River and the border: one is in the USA, the other  is in Canada.

It is clear that tourism plays a decisive role in the economy of the twin cities. There are two arched bridges between the cities, but the one closer to the waterfalls is especially important for tourists: the pedestrian and automobile Rainbow Bridge, opened in 1941.

The history of the name is unknown, but no one has any questions about it : the rainbow is a regular phenomenon here. Predecessor of Rainbow Bridge, Honeymoon Bridge, collapsed due to ice jams in January 1938, having served only 40 years. And the predecessor of the “newlyweds bridge” stood for even less, 20 years, and also collapsed due to a storm. In general, this place is not particularly friendly for bridges. But for people it is very attractive.

Why bridges collapse: 5 reasons and examples

The 25-kilometer four-lane road leading across the Persian Gulf from the Saudi city of Al Khobar to the Bahraini village of Al Jasra is called the King Fahd Bridge. It is actually a series of five bridges connected by islands and dams. The border station is located about halfway, on a specially created artificial Passport Island, aka Middle Island.

The idea to connect the two kingdoms with a bridge originated in the 1950s, but it took three decades to start making it a reality. The situation was simplified by the fact that in 1967 Bahrain switched from left-hand traffic to right-hand traffic. The project was fully implemented in four years and named after the King of Saudi Arabia, who, together with the Sheikh of Bahrain, opened the bridge in 1986. 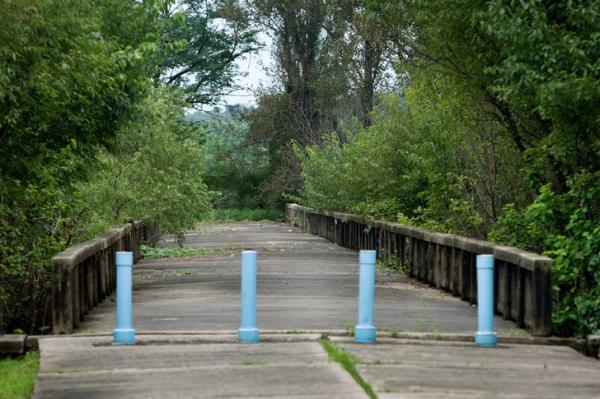