We offer the best way to spend your time 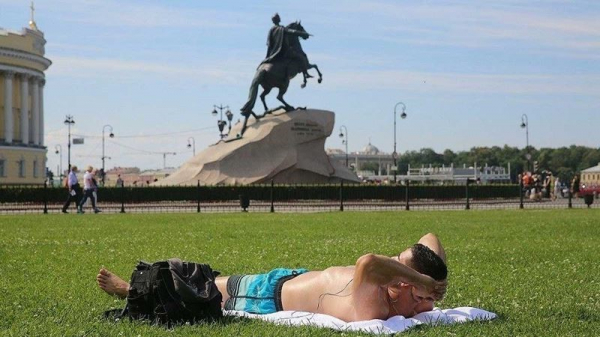 Because of the heat in St. Petersburg introduced a special regime. What should tourists do?

In St. Petersburg, due to the heat, a high level of fire and "orange" weather hazard level. The special regime will be in effect until July 5.

The air temperature in the city exceeds +30 degrees. Due to the stone streets of the historic center and the small amount of greenery, the heat is felt even more strongly. Tourists are asked to spend less time outdoors during the day, in the heat of the day, under direct sunlight.

Many guests of the city are looking for coolness in seaside resorts: in Sestroretsk, Komarov, Repin, Zelenogorsk, or at least on the beach in Park 300 -anniversary. Crowds of vacationers and not the cleanest water await tourists there.

The best way to spend time in St. Petersburg in such weather is to go to the air-conditioned museum for the whole day.