On December 24, the TURSLIVKI association, in the circle of its closest and beloved friends, grandiosely celebrated several solemn events in the life of the association at once!

All guests were greeted by an atmosphere of luxury and food, oysters and magical bubbles of sparkling wine immersed the guests in the New Year's atmosphere, and personalized diamonds allowed each participant to take part in the drawing of valuable gifts from partners and organizers of the evening.

From the threshold, picking up and having swirled the guests in Russian folk dances, the ensemble “Russian Mosaic” set the rhythm and mood of the evening: a round dance and a stream, squatting and wall to wall did not escape the keen lenses of our photographers, as well as bright images of guests in the Ala-Russe style! 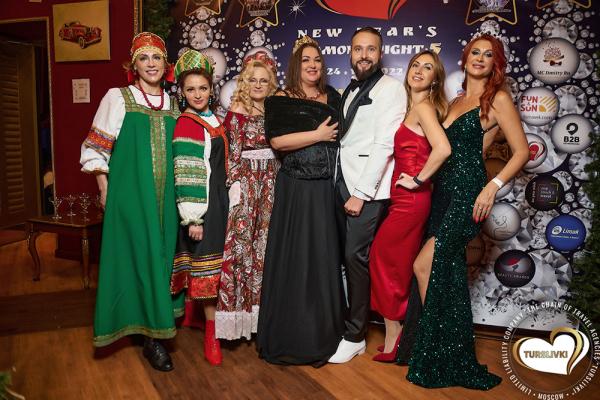 An unexpected and pleasant surprise for the guests was a video of congratulations from the first persons of our partners: Dmitry Arutyunov (Art Tour), Tolga Barysh (Limak Hotels) and a collective congratulations from Fun&Sun together with Vladimir Rubtsov, General Director of the company.

The guests feasted and sang along with world hits along with the incendiary cover band “Rich Band”.

And the real fire at the evening was kindled by the gypsy ensemble “Monisto”, hypnotic vocals and the sounds of the guitar made everyone get up from the tables and start dancing, as it should be at a real feast!

Traditionally, the main gift was the drawing of three different jewelry with diamonds at once, from the organizers.

The host of the evening, MC Dmitry Ru, the ideologist and founder of the brand, congratulated everyone on the upcoming New Year holidays and announced that the anniversary year has become very significant for the association:

– TURSLIVKI Association is 5 years old;
– Presented the rebranding of the logo;
– Announced the opening of the official website of the community of professionals: www.travel.com; 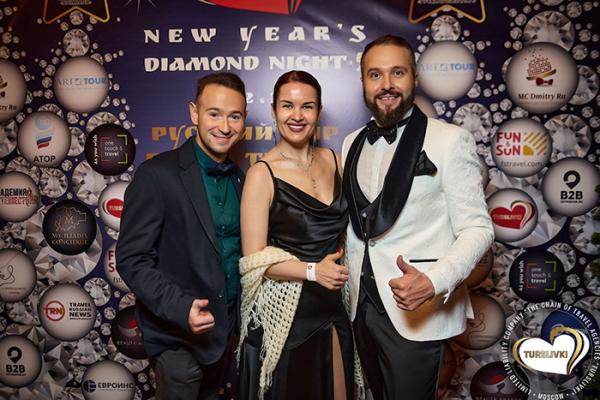 This is the fifth anniversary New Year's diamond night #NYDIAMONDNIGHT was bright and incendiary with a full house! Registration for this event was completed in two weeks, and the number of applicants is growing exponentially every year, uniting different cities and countries!

We received a huge amount of positive feedback, which means we are on the right track and our colleagues need similar format! The organizers thank all the participants, partners for friendship, devotion to the brand and general fun! 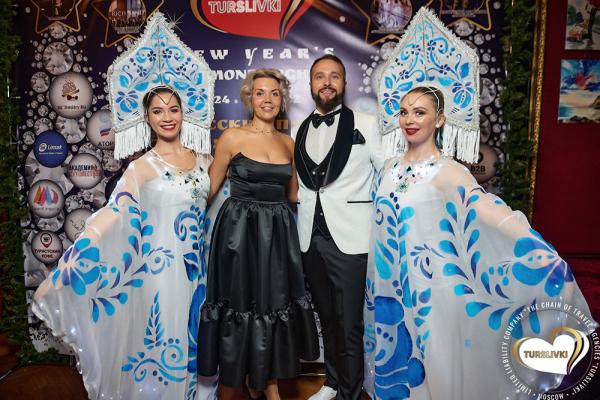