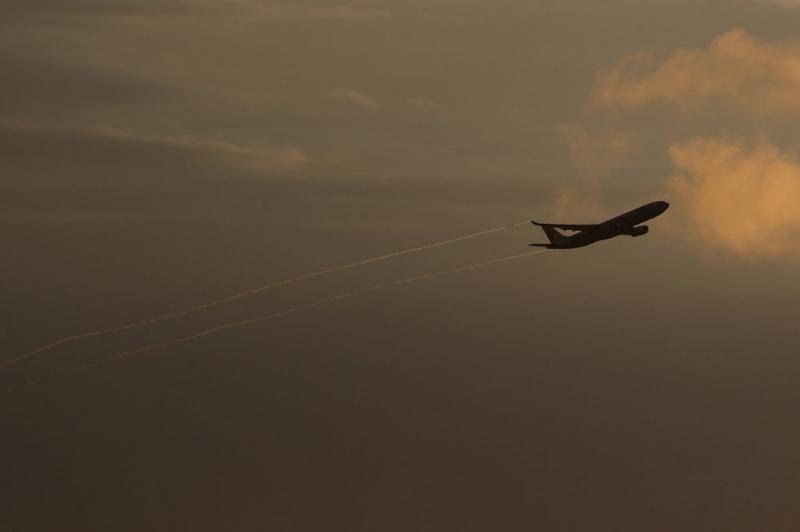 Don’t bet on airfares coming back to Earth any time soon.

Despite rising fares and fuel surcharges, the number of scheduled airline seats has steadily risen for the past three months, industry data showed.

“The release of pent-up travel demand continues as people are eager to travel and make up for lost time in the past two years. This demand support should sustain in the months ahead, barring any new virus outbreaks,” said Sandy Kwa, a senior analyst at the Boston Consulting Group.

Asia’s benchmark jet fuel refining margins, also known as cracks, in Singapore this week hit a record high of $50.75 a barrel over Dubai crude, according to Refinitiv data that goes back to 2009.

“With travel demand picking up, the (jet fuel) crack looks likely to go even further,” a Singapore-based trade source said.

The cracks have more than trebled since the Russia-Ukraine conflict began in late February, and have surged nearly 100% since March-end as global airline capacity increased by about 12 million seats to 95.2 million this week, aviation data firm OAG says.

China alone added more than 3 million domestic seats into the schedule this week. 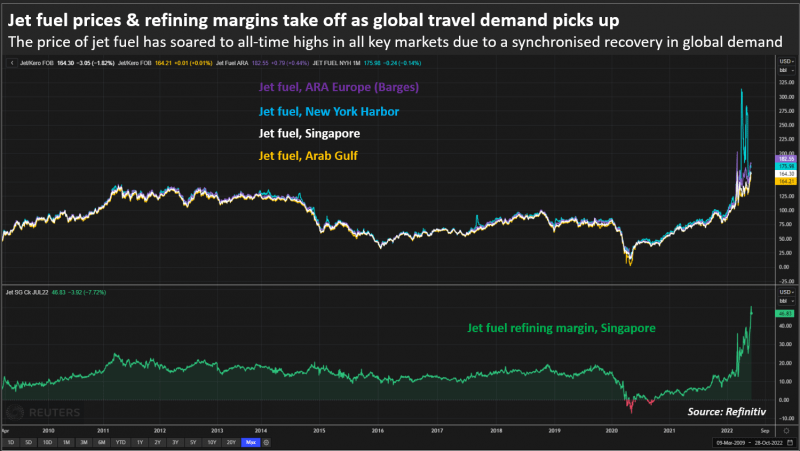 “Jet fuel demand is likely to remain highly constructive over the coming months… governments have become highly adept at managing outbreaks and have transitioned from imposing restrictions to living with the virus,” said Peter Lee, senior oil and gas analyst at Fitch Solutions.

Global flight schedules will reach 100.6 million seats next week and would climb to 108.5 million seats by mid-August, OAG data showed, although the recovery remains uneven.

“International air travel in and out of China is expected to remain subdued for some time as the country continues to stick to its zero-Covid policy and it will likely seek to minimise importing COVID cases,” Jane Xie, senior oil analyst at data and analytics firm Kpler said.

“But by and large, outside of China, given that June-July would be peak travel seasons, we anticipate jet/kero demand in Asia to expand quickly (by around 200,000-220,000 barrels per day month-on-month) during this time.”

Demand growth may slow late in the third quarter, before picking up again over November/December due to stockpiling ahead of peak winter months, market watchers said.

On the supply side, refiners’ prioritisation of diesel over jet fuel may also underpin jet market sentiment.

“An open arbitrage to the west is further pulling more barrels away from the region, tightening regional supplies. I expect diesel tightness to prevail over jet, which should continue to encourage refiners to prioritise diesel over jet production in the near future.”

This article was written by Koustav Samanta from Reuters and was legally licensed through the Industry Dive Content Marketplace. Please direct all licensing questions to [email protected].