Vice President of the Russian Union of Travel Industry (PCT) Yuri Barzykin said that the remaining 2.5 billion rubles allocated for 2022 for the tourist cashback program can be used until the end of July. Additional funds may be allocated for the autumn stage.

“We used 2.5 billion rubles out of five. I think that until July we will use the remaining 2.5 billion for subsidies for our consumers. And so we ask for another 5 billion rubles for the fall “,” Interfax quotes the words of Yuri Barzykin.

The Vice-President of the PCT noted that in 2021 a large number of citizens of the Russian Federation took advantage of the tourist cashback program . However, according to Yuri Barzykin, the program does not determine tourist flows, but is only an incentive.

Earlier it became known that a new stage of the program will open on March 15.

Research: the most budgetary destinations for the May holidays 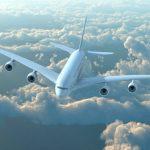