The World's Most Unusual Desirable Places

A country's culture can be judged by the state of its public toilets. Who said it first is unknown, but the man knew a lot about culture. Nowadays, public “amenities” can even become attractions that are visited not out of need, but out of interest. 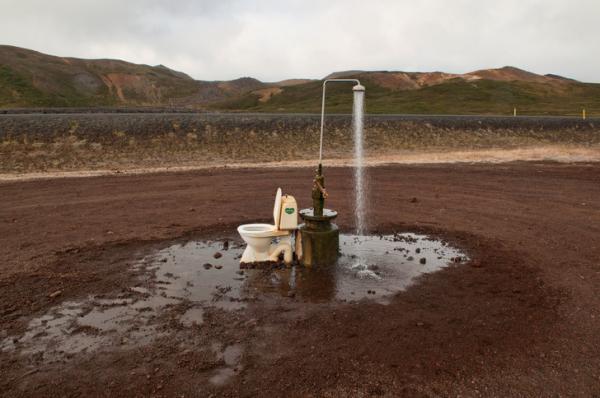 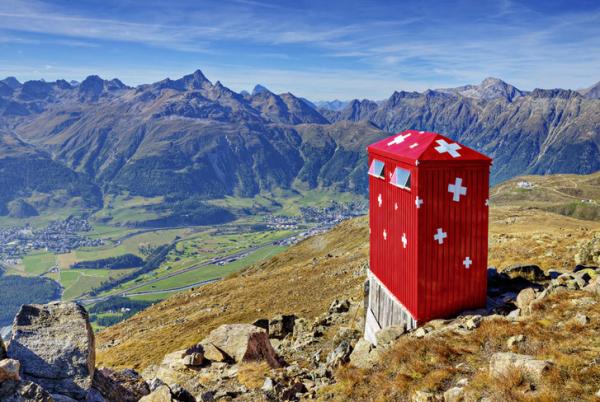 In September 1899, the artist Giovanni Segantini retired to an alpine hut on the Schafberg mountain above Pontresina to complete the triptych Life. Nature. Death” for the World Exhibition in Paris. He met his death in this very place. And today you can enjoy life and nature here, at an altitude of 2731 m, having lunch in a mountain restaurant or sitting in the toilet. Named after Segantini. 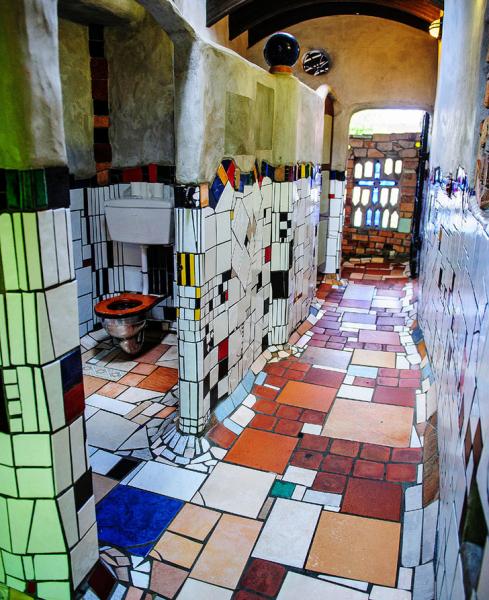 The last project of the Austrian Friedensreich Hundertwasser, completed during the life of the artist, as well as his only project in the southern hemisphere. The work of art functions in the standard mode of a public restroom, but is more often photographed than used for its intended purpose.

A group of tiny islands in the middle of the Belize Barrier Reef is a protected marine reserve, a great place for diving and just swimming in crystal clear water. Only the sea, white sand, palm trees and a dry closet with two cabins. For especially intelligent tourists. 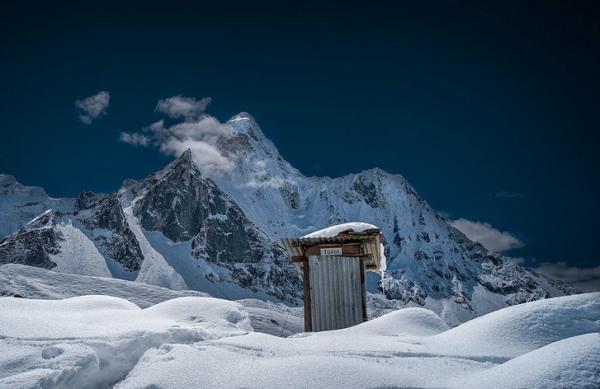 Mount Ama Dablam is not the highest in the Himalayas, but one of the most picturesque. It is not difficult to come to this conclusion, contemplating its splendor at the exit from the toilet, ideally placed at an altitude of 4730 m in the village of Chukhung on the slope of Everest. The main thing here is not to freeze. 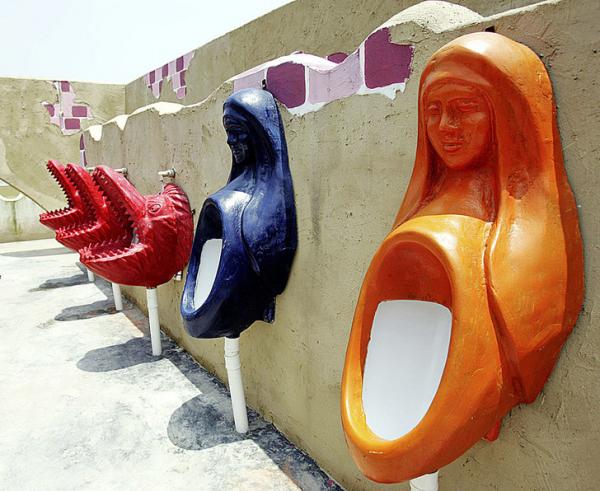 “We're committed to giving our customers exactly what they deserve,”, says the website of an American supplier of portable toilet cubicles that operates across the country, specifically in Monument Valley. Among the cinematic rock outcrops, typical beige booths look quite organic. 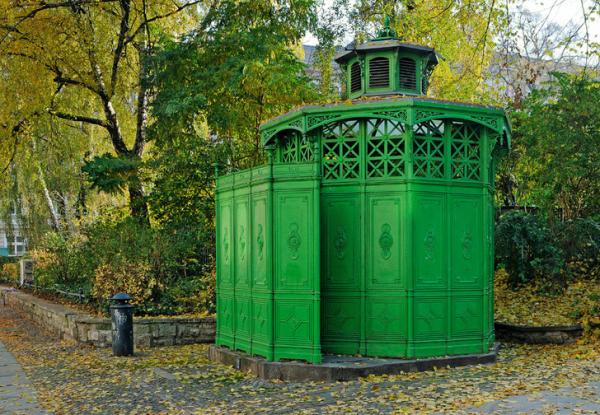 Berlin, as a modern and cultural city, has no shortage of automated self-cleaning cubicles. However, about 30 historical latrines of the late 19th – early 20th century remained here, called the Octagon Cafe. In one of them, by the way, the heroes of the film “Agents of A. N. K. L.” fought. Café Achteckoriginally designed for men, but now some have been redesigned for the needs of both sexes.

From wool to corn: 12 of the strangest toilet paper substitutes in history 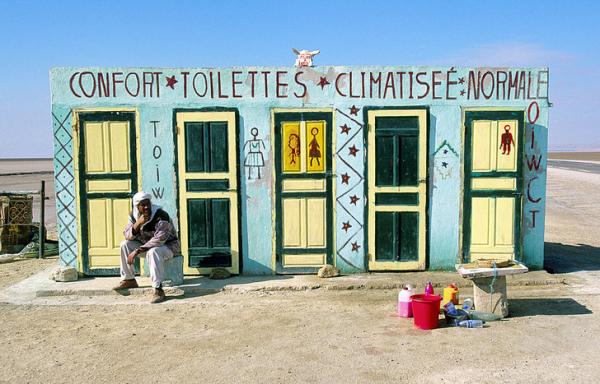 Colorful cabins amidst the desert landscapes of the planet Tatooine promise to be comfortable inside. The toilets on the edge of a large salt marsh lake are located near the Star Wars filming location, namely the Lars farm where Luke Skywalker grew up. 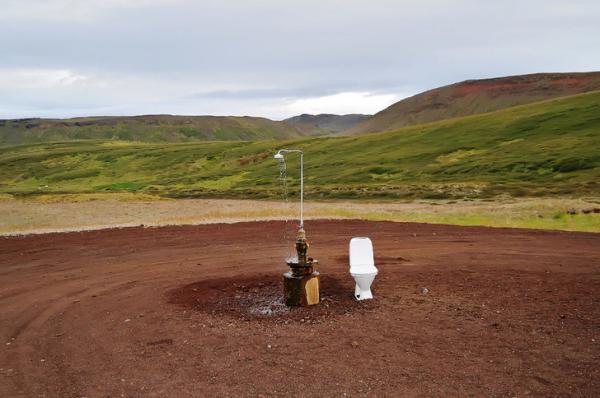 Perhaps the most mysterious and at the same time open bathroom is located just off the road leading to the geothermal station Krafla< /em>, near the caldera of the same name. In the middle of a large patch of dirt is a toilet with a shower. The shower is working and, moreover, hot, as it is powered by a thermal spring. The water is clean. The toilet is very popular with tourists. Like an art object. 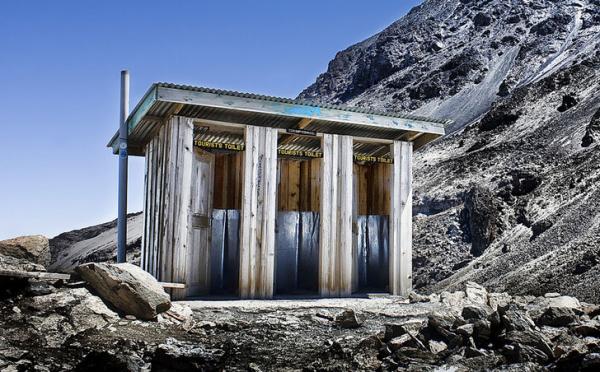 Barafu assault camp is located at an altitude of 4600 meters. Several routes connect here. After a cold night in a tent, another six hours of travel to the summit (5895 m). Morning over the precipice in the long-drop camp toilet, whatever that means – it's time to think about whether to go further.

Material published in the magazine “Around the World” No. 4, April 2017, partially updated in November 2022