On March 15 and 16, Aeroflot Airlines will carry out additional flights to take Russians out of Egypt and Sri Lanka.

On March 15, flights will be operated from Hurghada and Sharm el-Sheikh to Moscow, and on March 16 – from Colombo to Moscow. The operator will be the Rossiya airline, which is part of the Aeroflot group. Citizens of the Russian Federation who have Aeroflot round-trip tickets with a used flight segment from Russia will be allowed to fly.

It was previously planned that flights would be operated on March 14 and 15, but due to a delay in obtaining the necessary permits to operate the declared international flights, the air carrier was forced to reschedule. The current schedule is as follows:

“In addition, Aeroflot passengers who have round-trip tickets from Male (Maldives) with a used flight segment from the Russian Federation, will be notified via Aeroflot’s automated messaging system by phone/e-mail/SMS about the possibility of flying from Male to Moscow via Colombo”, the press service of Aeroflot reports.

As According to ATOR, for Russians who are currently in Cairo (Egypt) and who plan to fly to Moscow on March 15 from Hurghada, a transfer from Cairo to Hurghada will be organized on March 14 at 16:30.

the transfer will be carried out from the car park, which is located opposite Terminal 3 of the Cairo airport. Passengers who have rebooked tickets for a special flight of Rossiya Airlines will be allowed to travel.

It is clarified that you can use the booking for special flights only once. In case of non-use, the transportation booking will be canceled and the refund will not be available. 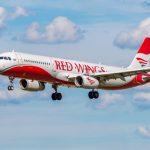 Red Wings will fly to Istanbul on SSJ100 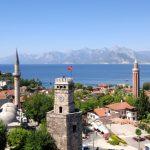 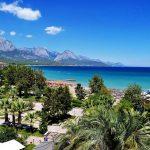 During the May holidays, Russians will rest mainly in Turkey and Russia